Bikaner is the home of the world famous Bikaneri Bhujia, invented just 125 years ago by Tansukhdas Agarwal. When he fried Bari (homemade vegetable made of Moth Dal) and found it to be quite tasty and named it Bhujia, which essentially means fried product. Bhikharam Chandmal Bhujiawala was started by the grandsons of Tansukhdas; Bhikharam and Chandmal. 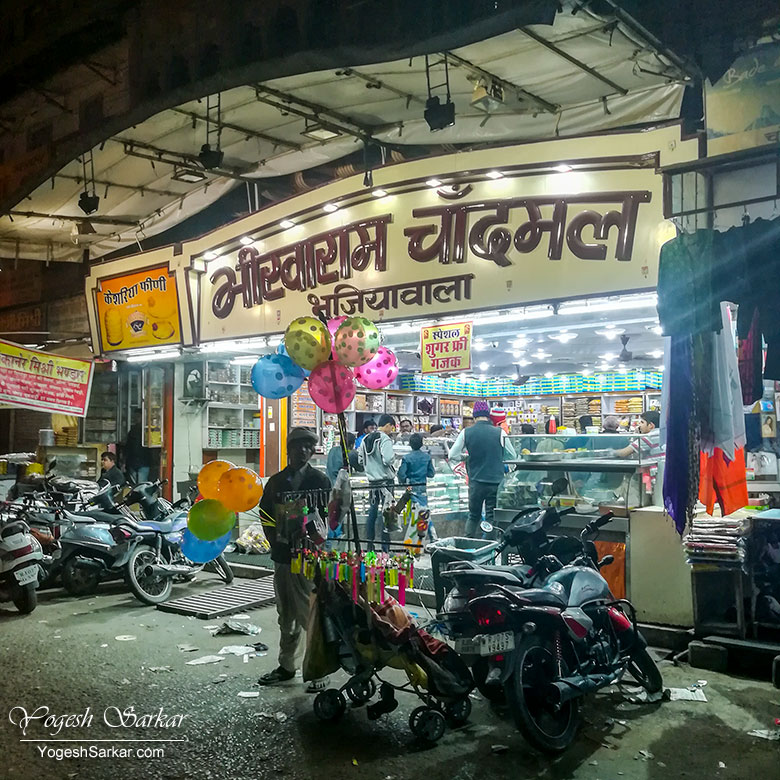 Now I didn’t know this when I visited Bhikharam Chandmal Bhujiawala’s shop near Kote Gate in Bikaner. All I knew was, this was a place Bhuwan sir had recommended for me to try out Bikaneri Bhujia and Gond Pak, so I just went there to try them out. And only learnt about this history, when I sat down to write this review (the things I learn while sharing things with you through my blog :).)

The first thing we spotted after entering the shop was the halwa stand. They had Pineapple Halwa, Mung Halwa, Gajar ka Halwa and of course, Gond Pak. 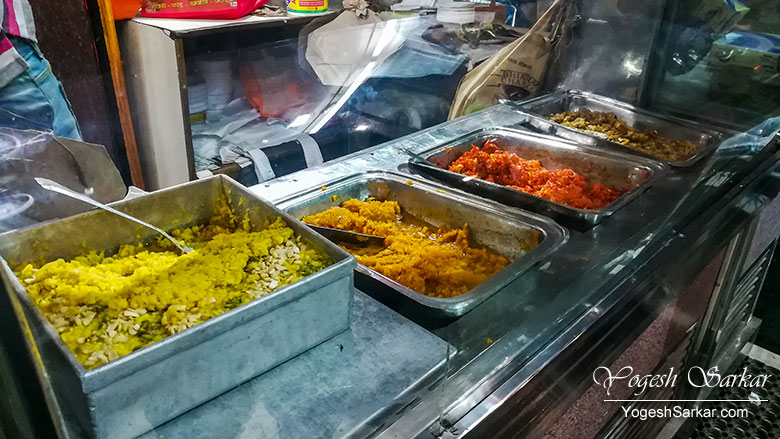 However, the first thing we ordered was the paneer pakoda (it is called something else). It had a slice of paneer (cottage cheese) and potato stuffing. And it was absolutely delicious! Though I did feel paneer seemed like a added thing didn’t really go with the rest of the flavors and was just there to make it seem rich. 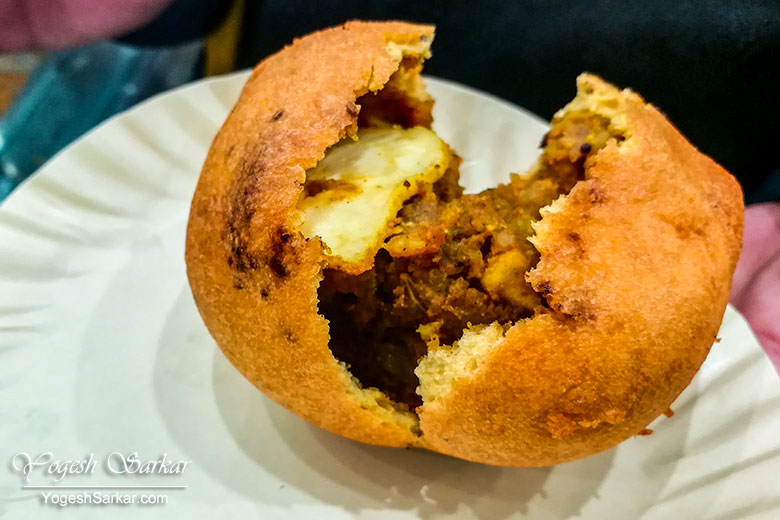 After contemplating, which of the halwas to order, we decided to order Gond Pak. It is essentially made of wheat flour and gond (dink) and had a lot of dry fruits and whole black pepper. It had a really rich, spicy and warm flavor. And even though the two of us were sharing just 50 gms of Gond Pak, it felt quite fulfilling!

It was so delicious that I wanted to carry some home. Unfortunately, we still had 4 days remaining in our trip and it wouldn’t have lasted that long. So all I could carry back with me, was the flavor in my mind and a photo in my mobile. 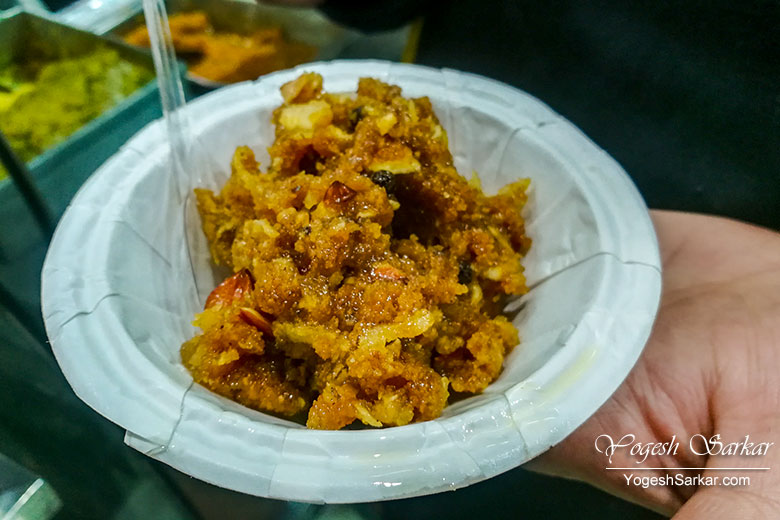 We also ended up buying Bikaneri Bhujia from them, not knowing, this was the home of the Bhujia. And when I came back home and tasted it, it felt quite light in comparison to other bikaneri bhujias available in the market, even from the best of brands.

I guess somethings are made best by the originals, than those who adopt it and add their touch to it.

If I ever visit Bikaner again, I will surely go back to Bhikharam Chandmal Bhujiawala, to eat the Gond Pak and buy some more Bhujia (you can order it online as well from their website http://www.bhikharamchandmal.in), and you should too!