Our search for the hotels began when we reached the city of Jodhpur. Rs. 1,800 plus taxes for the RTDC non-ac room didn’t seem like a good deal and online search lead us to Hotel Jain Excellency, though booking sites show zero availability. Calling the hotel directly got us a room for Rs. 1,800 a night.

Located opposite the Kalpataru Cinema, the hotel is located in the somewhat quieter area of Jodhpur. Though that does change during the night somewhat, since a few Volvos and private buses start from here. 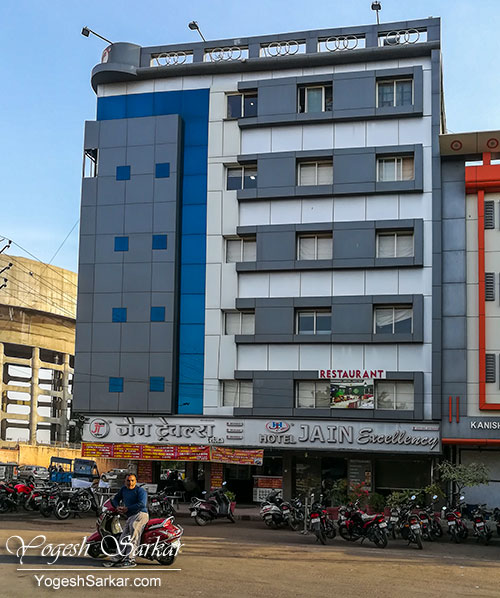 There is no private parking; cars have to be parked opposite the hotel on the roadside. And the hotel itself isn’t big, though it does have a lift.

Coming to the room, at least the one I got had no view. The window opened in a narrow alley; hence it was best to keep the drapes closed.

The room itself wasn’t big, but it was comfortable. 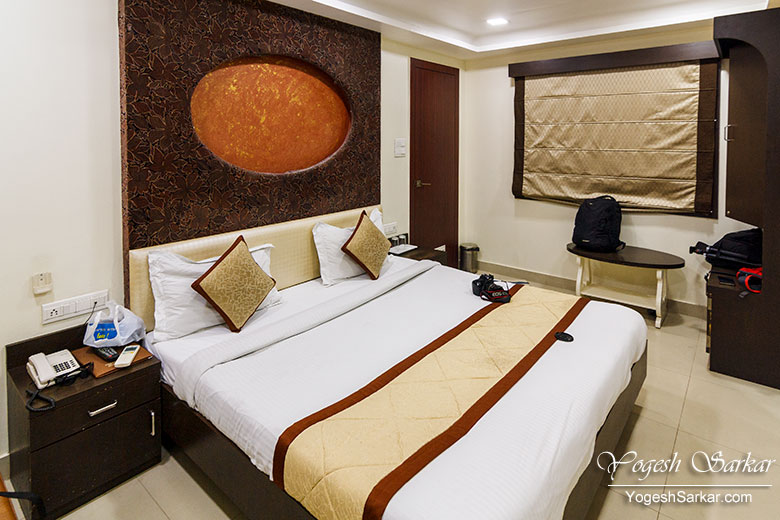 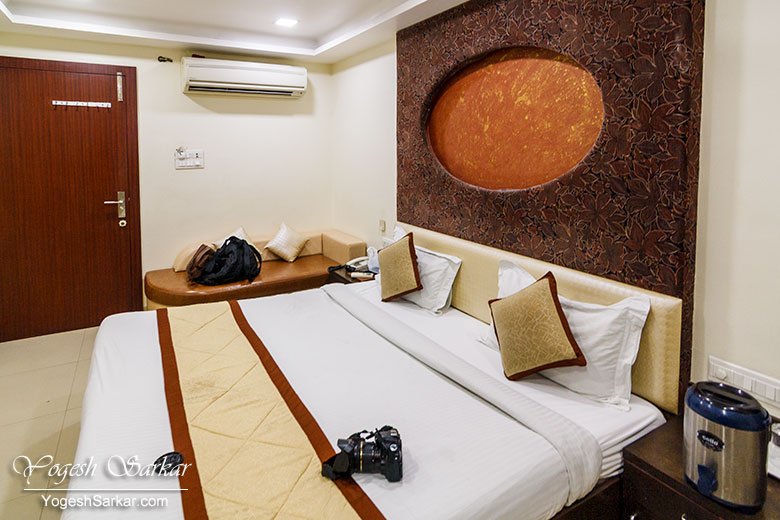 Even though there was an AC in the room, it wasn’t that great. Keeping it in the turbo mode was essential since anything less than that wasn’t even suitable for the month of Feb!

The attached bathroom was neat and clean, apart from towels, it also had soap, shampoo and hair oil.

The hot water was supplied from the main tank and provided for a comfortable and relaxing shower. Though just like the room, bathroom too was a little less on space.

Instead of a normal liter jug, Jain Excellency provided a 4-5 liter jug of water, which was a nice touch and reduced the need to call room service for additional jugs of water.

We didn’t eat at the hotel. However, we did order tea and it was just about alright. The real downer was the fact that one of the cups they supplied to us was cracked, so when I poured tea into it, it started leaking.

I called room service and informed them about it, and they promptly sent a replacement cup. It would have been better had they sent a cup full of tea, instead of an empty replacement cup, expecting me to pour the tea from the cracked cup to the new one!

I guess it is little touches like these, which can make your experience go from meh to good. And considering they charged Rs. 53 for a couple of cups of tea, which was mediocre, to say the least, and served in this manner, I am inclined to recommend that you eat elsewhere, which is exactly what we did as well.

At the end of the day, while the Hotel Jain Excellency was just about decent stay for the money (Rs. 1800 inclusive of taxes, without any food), that tea incident would make me think twice about staying there again. Since value just wasn’t there, though it was fine for spending a few hours sleeping.