How can I visit Siachen?

I have lost count of the number of times someone has asked me this question. So when I received an email last night with a similar query, I decided to write this blog post and clear and the air once and for all, on how a civilian can travel to the Siachen Base Camp or the Siachen Glacier.

First off, Siachen Glacier is the world’s highest battleground at an altitude of 6,000 meters (20,000 ft) and it is an active battle zone at that i.e. the Indian and Pakistani armed forces are still actively engaged in conflict over it, even though the Siachen Glacier is under the control of the Indian Army since 1984.

So if you aren’t an Indian Citizen, you can stop reading this blog post. Since there is absolutely no way, you will be allowed to get anywhere near the Siachen Base Camp, let alone the glacier unlesse you were part of a scientific study approved by the Indian Government. Foreigners can travel up to the Warshi Village, which is located around 22 km before the Siachen Base Camp. However, you cannot go any further than that.

Siachen Base Camp vs. Siachen Glacier

How to visit the Siachen Base Camp?

Permission or permit for the Siachen Base Camp isn’t issued by the DC Office in Leh. The DC Office can only issue you a permit till the Warshi Village, which is around 22 km before the base camp. 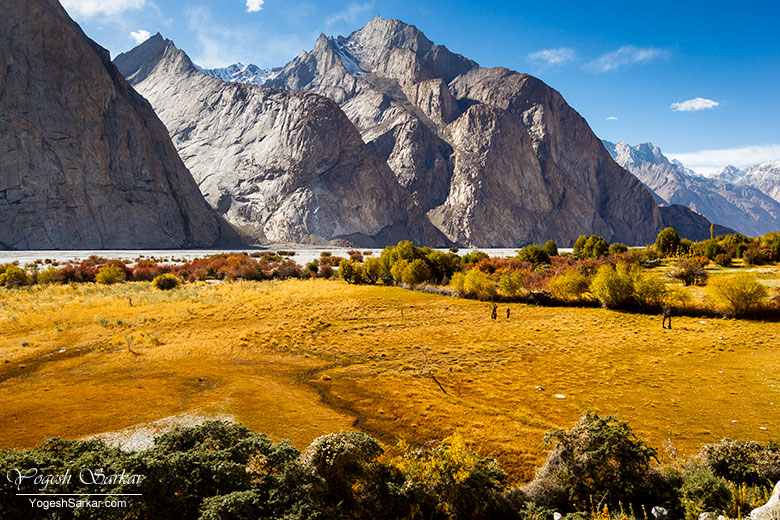 The only official way to secure a permit for the Siachen Base Camp is through the Ministry of Home Affairs (MHA) and the Ministry of Defence (MoD). And for these, you need high-level bureaucratic contacts.

Unofficially, if you know an army officer posted in the region (preferably at the rank of CO), you can get permission to visit the base camp (quite a few people have done this.)

Indian Army also conducts various events and drives to the Siachen Base Camp from time to time, so if you’re lucky enough to come across one, you can try and become a part of it, by applying through the official channels.

How to visit the Siachen Glacier?

However, the trek was suspended in 2017 and there is no word yet, on the army conducting it again. Apart from this, a handful of expeditions to the Siachen Glacier were approved by the Indian Army. However, for the majority of civilians, obtaining permission for something of this sorts is next to impossible.

At the end of the day, we have to keep in mind that the Siachen Base Camp and the Siachen Glacier isn’t a tourist spot. It is an active battle zone in the harshest of the environment and each year many soldiers posted here lose their life and limb to the extremities of nature, in a bid to keep our country safe.