Ladakh Road Trip season 2018 has officially begun today with the reopening of the Srinagar – Leh Highway. Even though the pass had been cleared of snow on the 27th of March, it was only declared open for vehicular traffic today.

BRO generally does this for the sake of the safety of those crossing Zoji La. Since even if a pass has been cleared of snow, it can still be too narrow or slippery to cross. Even though locals cross it at their own risk, tourist vehicles are only allowed to cross the pass, once it has been officially declared open for vehicular traffic. 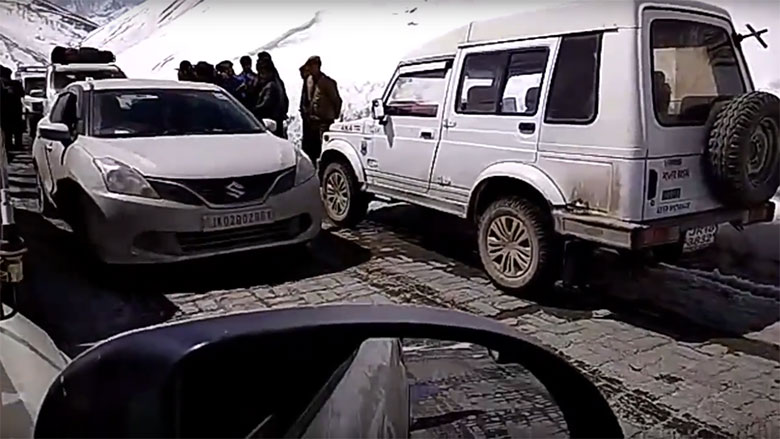 To know the exact timing of crossing the pass (subject to change based on the conditions), it is best to get in touch with Srinagar Traffic Control Room at 0194-2450022 or at 0194-2455164 and ask for the current timing of the Srinagar – Leh Highway.