Hanle is a beautiful, picturesque village in Ladakh and is home to one of the world’s highest observatory. However, as I write this, Leh Administration is considering to make Hanle off-limit for travelers. Thanks to the tenacity of those trying to visit Umling La pass, ahead of Hanle. 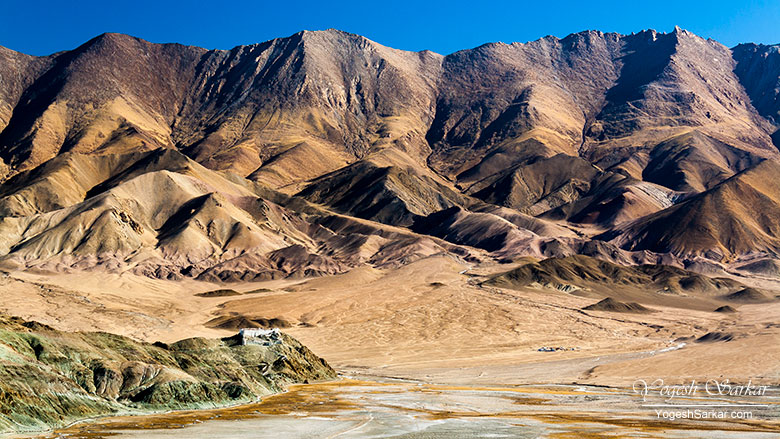 Umling La is the world’s highest motorable pass at an altitude of 19,300ft and is located on the road to Demchok from Hanle. The route is under construction and isn’t open for civilians and thus no permit is issued for it by the DC Office in Leh.

However, numerous travelers (mostly motorcyclists) have visited this pass, including a motorcycle expedition by the army and it has been a hot topic for the past year.

Trouble with traveling to Umling La

As expected, when people start traveling to a place they aren’t allowed to travel to, then post it on social media, blogs, vlogs etc.. the army gets irked and rightfully so. After all, neither they nor the central government gave permission to any of the people visiting the pass (apart from the army expedition). And it is in a very sensitive area near the LAC (Line of Actual Control), the ceasefire line with China.

To make matters worse, a group of bikers and a local pickup driver was recently detained en route to Umling La. They had chosen to travel to the pass, even after being warned by the officials at the Loma Bend check post to not to venture on any other road, except the one leading to Hanle.

The pickup driver tried to lie his way out of this, by stating he was traveling in this area for the first time, hence got lost along with the riders. A quick check of vehicle number at Loma Bend Checkpost revealed he had lied and had recently traveled to Hanle. So he along with the bikers were detained for 4 hours, before being allowed to leave.

Now the administration is frustrated by all this and is planning to put an end to it all.

Various travel unions in Leh have asked the administration to take a firm decision on this matter since they want clarity. And now it is being anticipated that the administration might just ban tourists from visiting Hanle since Hanle permit was being misused to go to Umling La.

In all likelihood, we will get a decision on this matter in the next few days and I will update this post when it comes.

Sadly though, it seems like a few people trying to get clicked at the new high altitude pass got the dreams of all those planning to travel to Hanle shattered, along with the livelihood of those running hotels in Hanle…

A big thanks to Otsal for input and updates from Leh.

Update: Hanle Permit are now being issued as usual by the permit office, without the need for anything, hopefully, the troubles are over.