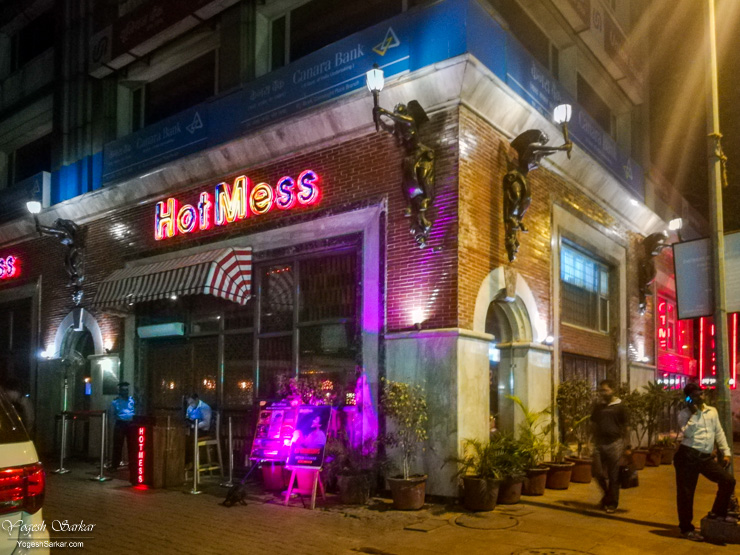 Even from the outside, the HotMess looks impressive and walking inside, the restaurant continues to impress with its décor. Ambiance too was quite nice and the music wasn’t too loud and we could easily have conversation. 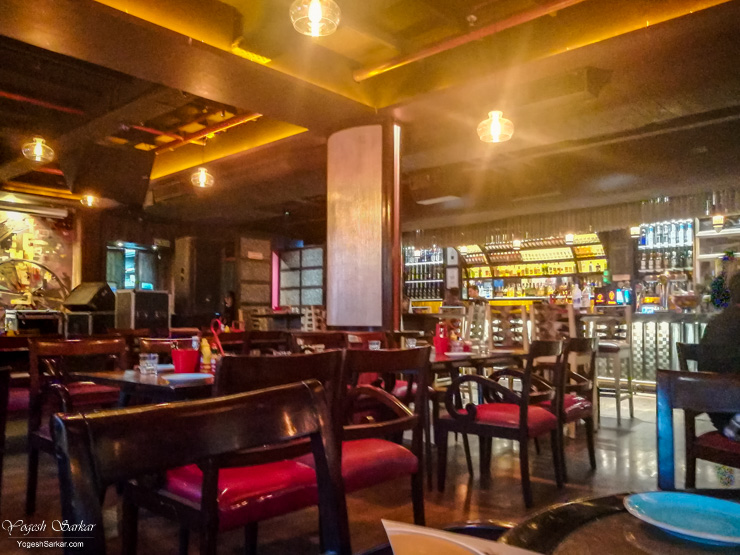 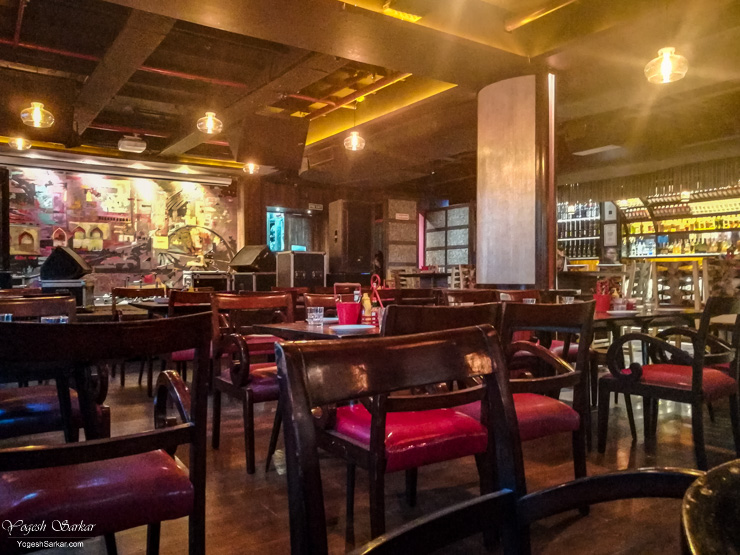 We visited HotMess around 7 pm on a weekday, there were only a handful of patrons there at that time and the restaurant was largely empty.

Service was good and prompt, but then again there were fewer tables occupied than waiters, so it was sort of expected. 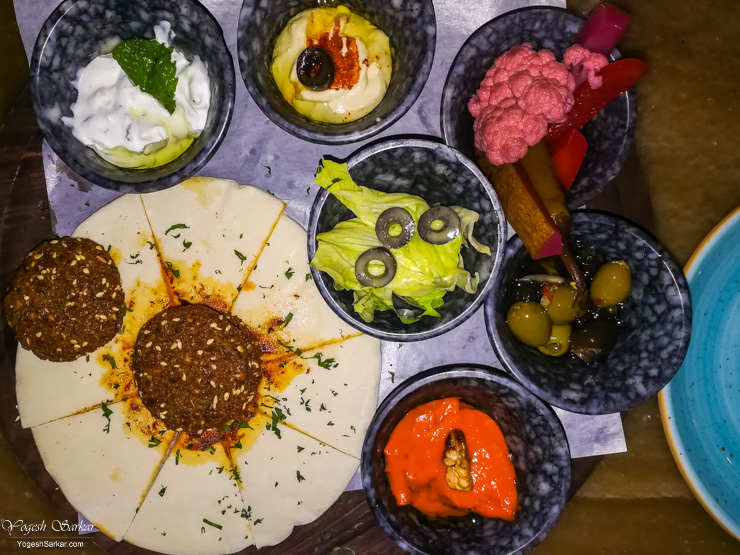 While the platter looked great, quantity was quite less with just 3 pieces of falafel and fairly small quantity of hummus and other dips, which were just about enough to finish off the platter. For Rs. 550 plus taxes and 10% service charge, platter seemed overpriced thanks to medicore servings.

Taste wise it was decent, though the falafel could have been softer and hummus richer in taste.

We had also ordered Pita Bread with Hummus, mainly because Mansi had seen photos of it with a larger quantity of hummus. Of course, like every marketing tactic, it too proved to be exaggerated and pita bread came with the similar amount of hummus as the platter with just pickle for company.

Overall, our experience at HotMess was a mixed bag.

We liked the ambiance and the service, food too was decent. However, quantity, especially of hummus turned out to be a major turnoff.

We paid Rs. 1,251 (inclusive of taxes and 10% service charge) for Middle-Eastern Platter, Hummus and Pita Bread and a 30 ml shot of Jameson.

Since we felt everything was expensive and we were being overcharged, we actually ended up ordering less and hence our bill was less than what it usually is at a good restaurant!