The Bombaykery is an interestingly named bakery shop we came across while strolling through Cyberhub. We had just had terrible biryani at Biryani Blues, which literally gave us the blues and we were looking for something delicious to eat. 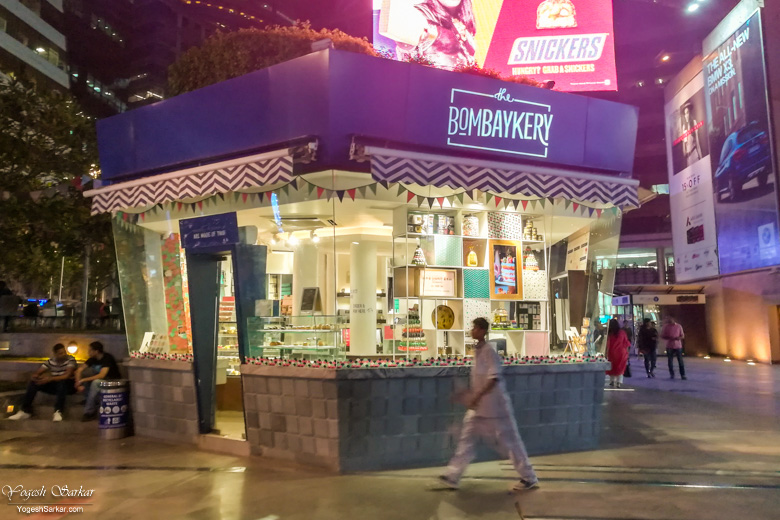 The Bombaykery is located in the middle of the Cyberhub, right next to the open air auditorium and Soda Bottle Openerwala.

Even though it looks good from the outside, it is a fairly small and cramped feeling shop, the moment you step in. However, there are several types of pastries, cakes, biscuits, and savories on offer and the people behind the counter are helpful and courteous.

After a bit of contemplation, we decided to order a New York Style Classic Mini Cheesecake (Rs. 65) and a Banoffee Pie Jar (Single) (Rs.130). 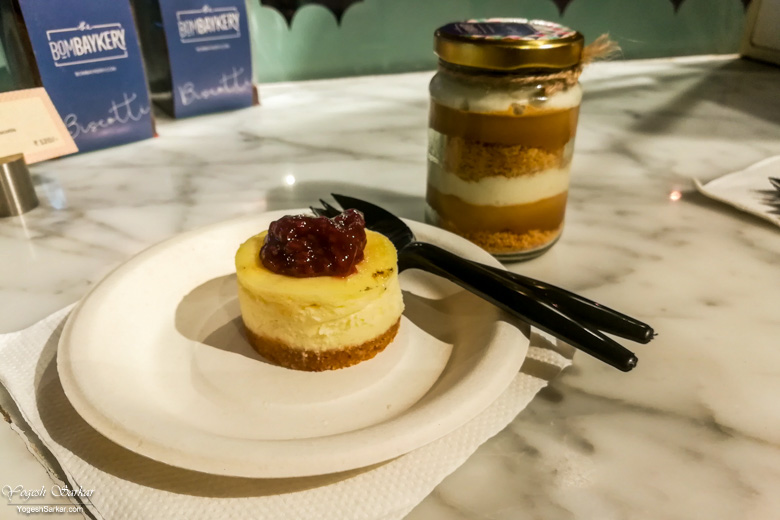 The cheesecake was deliciously creamy with just about the right amount of sweetness and it almost melted in our mouth.

The Banoffee Pie Jar, on the other hand, was a disappointment with too much sweetness and the top cream having a synthetic/preservative (?) taste to it.

Due to this, I have mixed feelings about The Bombaykery. Especially considering it isn’t cheap, even though prices might make you think that way, but the serving sizes are fairly small. So if you’re paying almost double for something similar at say Angles in my Kitchen etc. then you’re also getting double the serving size.

Bill for the Cheesecake and Banoffee Pie came out to be Rs. 230 with 18% GST.

Overall The Bombaykery wasn’t a complete disappointment due to delicious cheesecake, though the flavor of Banoffee Jar would likely make me think twice about giving it a try again.