I visited Soiree Lounge and Bar located in Garden Galleria Mall in Noida on Saturday evening. Initially, our plan was to visit the Imperfecto, but a live band was playing there and there was a cover charge of Rs. 1,000 per person and my friend wanted a DJ. So after checking out a couple of more options (most had live bands), we headed to Soiree. 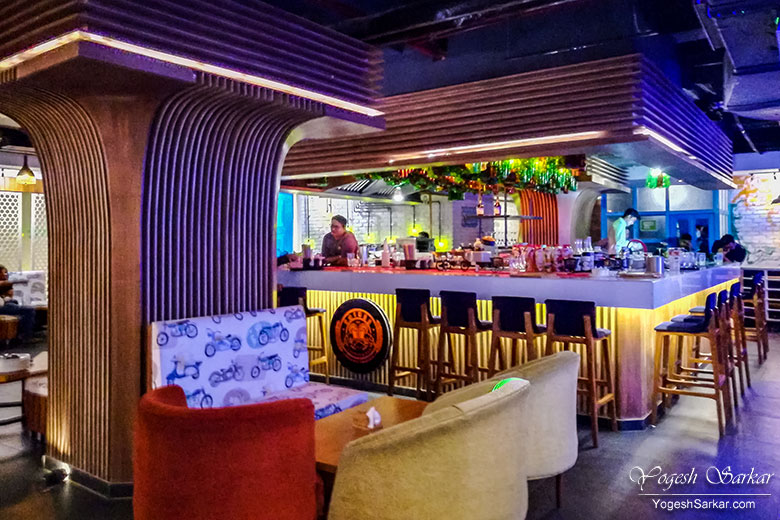 The DJ was playing Bollywood and Punjabi songs and despite it being a Saturday night, it was barely half full. 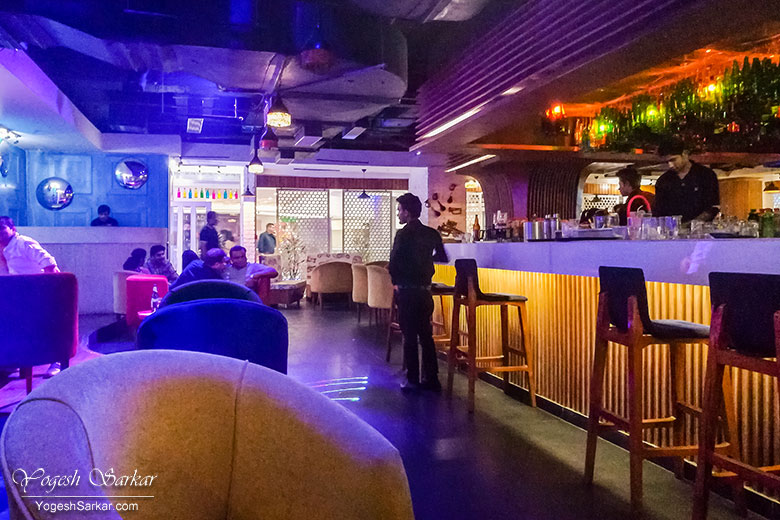 Good thing was, it wasn’t all that expensive, especially when it came to liquor. Being in Noida, I was expecting to pay a lot of money for it, but the prices weren’t too bad and they had 1+1 offer going on to make it even cheaper.

After ordering mixed fruit juice (no other juice was available) and a bottle of Tuborg (650 ml), we ordered Honey Chilli Potato and Maggi Cutlets. 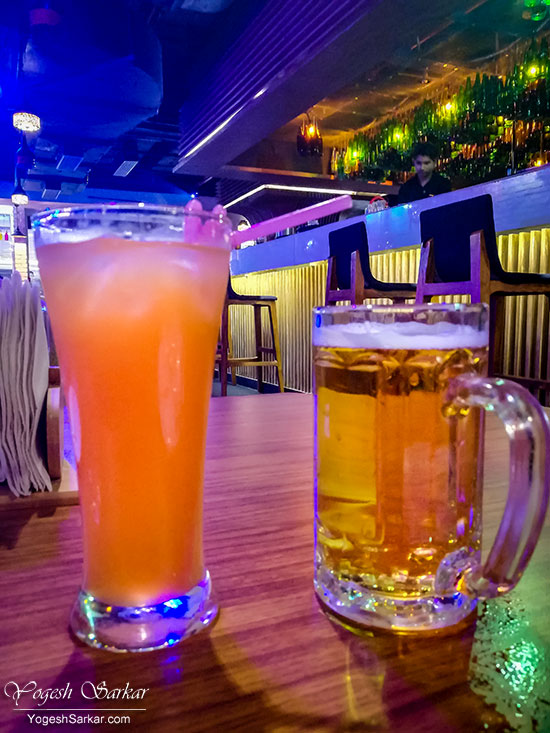 The Honey Chilli Potatoes were the crispiest I have ever eaten. Sadly though, they were bland. To add to the woes, the mayonnaise we asked for, wasn’t good either. And that ended up taking away the fun of eating those crunchy potatoes. 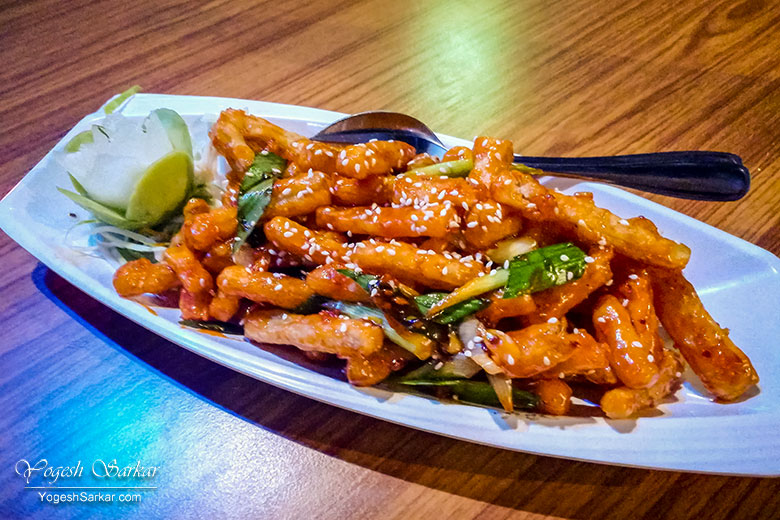 The Maggi Cutlets were good, though the maggi was so finely mashed, that you couldn’t actually feel its texture and flavour was somewhat lost when mixed with other spices and potatoes. 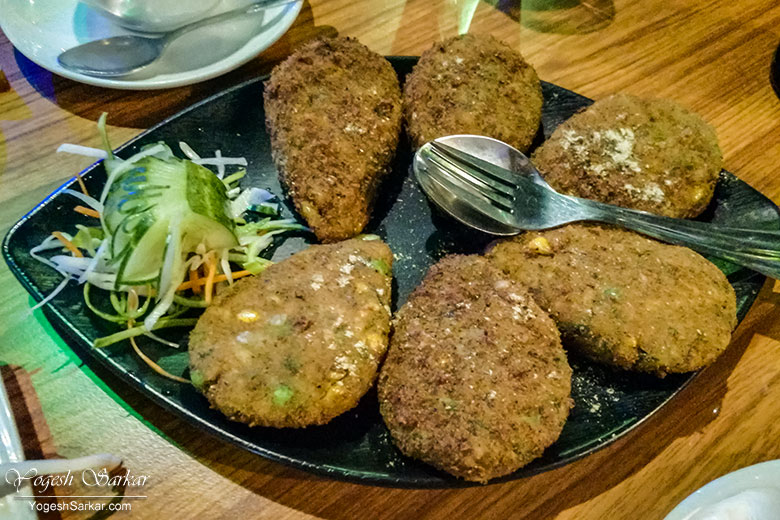 Our experience at Soiree was going somewhat alright, even though the choice of music being played by the DJ wasn’t that good and the fact that everyone seemed to be looking at people on other tables rather than having fun themselves.

Service while prompt felt untrained at best. For one, they would open the beer bottle and take away its cap, even though only half of it was poured into the mug. Then they decided to bring only forks with the cutlets (no knives.)

However, the things really took a turn for the worst, when a guest puked next to his table and created a big mess. After he was done doing that, the four of them resumed their drinking, while the staff stood dumbfounded, thinking about what to do next and this went on for at least 5-10 minutes before I called the waiter over and asked him to at least spray some room freshener.

Finally being told what to do, he happily went, got the bottle and kept spraying it until I told him to stop!

In the meanwhile, another member of the staff brought over toilet paper, yes toilet paper and spread it over the puke! Then they let it get soaked for 10-15 minutes, before finally using a squeegee wiper and collected it in a dustpan, took it to the middle of the bar and dumped it in the open garbage bin there!

I understand at pubs such incidents happen and it is unpleasant, but the way it was dealt and cleaned here was thoroughly disgusting. And at that point, I couldn’t wait to just pay the bill and get the hell out of there. Thankfully though, there was no awful smell to deal with!