“I have heard “I Sacked Newton” at Logix City Centre Mall is quite good”, Mansi said. And I wondered out loud, a couple of things; “why did they sack poor Newton?” and how can a restaurant in Noida be any good?

Well before you ready your pitchforks, iron rods and other tools of impalement, let me just say, I was teasing Mansi with the second question, though more often than not, I have been disappointed by restaurants and bars in Noida.

So when we decided to try out “I Sacked Newton”, located on the fifth floor of Logix City Centre Mall, alongside Imperfecto Ruin Pub and Sky House, I didn’t go there with high hopes. 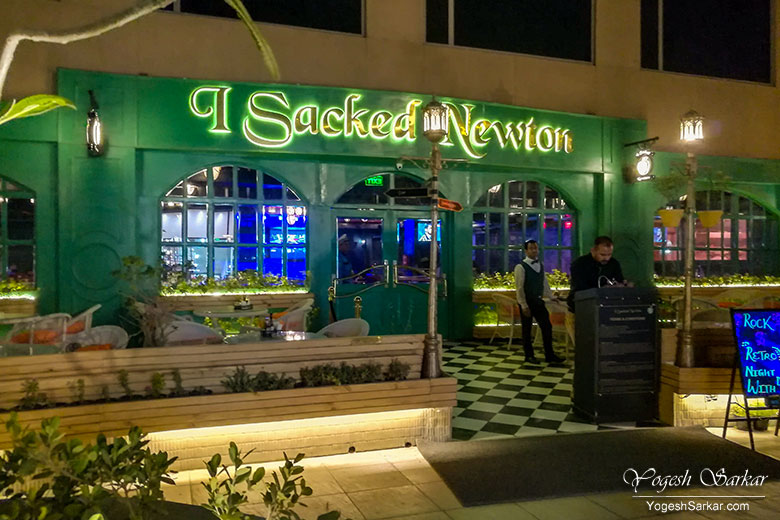 Walking in, it looked quite good and had a fairly large indoor and outdoor seating area. 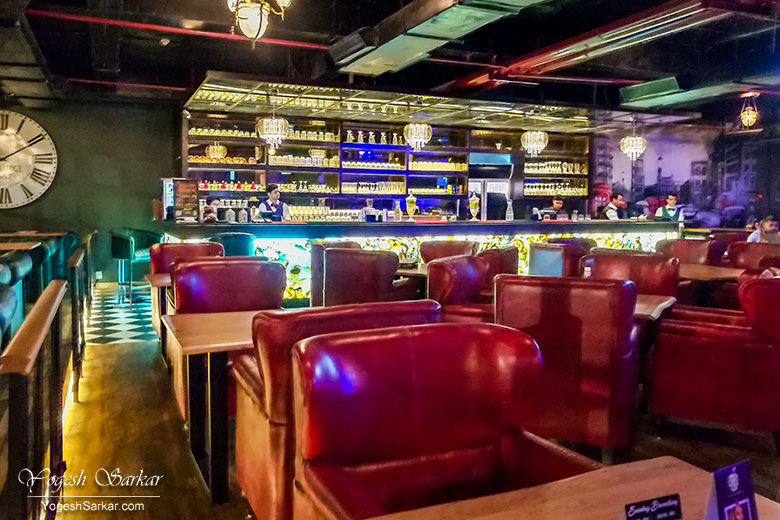 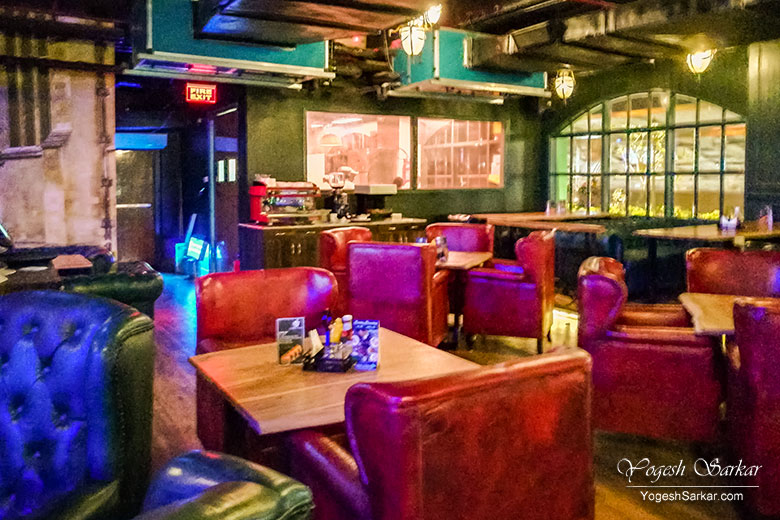 The only eyesore (literally) was the large screen behind the DJ, which was super bright when the lights were dimmed and made sitting facing towards it, a painful experience. 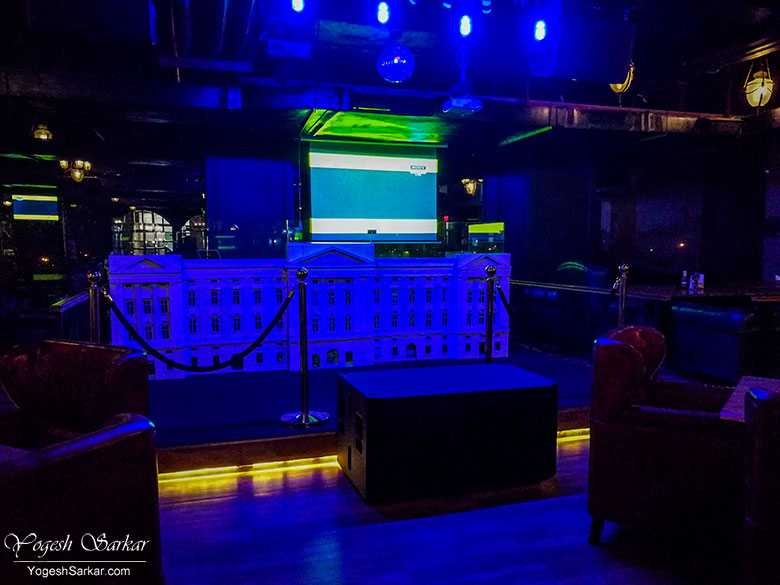 Music too was fairly loud and made conversations difficult. Though on the plus side, it was a retro-rock night, so I really enjoyed the songs being played.

Service on the other hand was pretty good and prompt. So full marks there.

For dinner, we initially decided to order Pesto Veggie Panini with Ciabatta Bread (filled with roasted vegetables cooked in basil pesto and stuffed in bread with pesto mayo and sundried tomato pesto), since neither of us was that hungry. 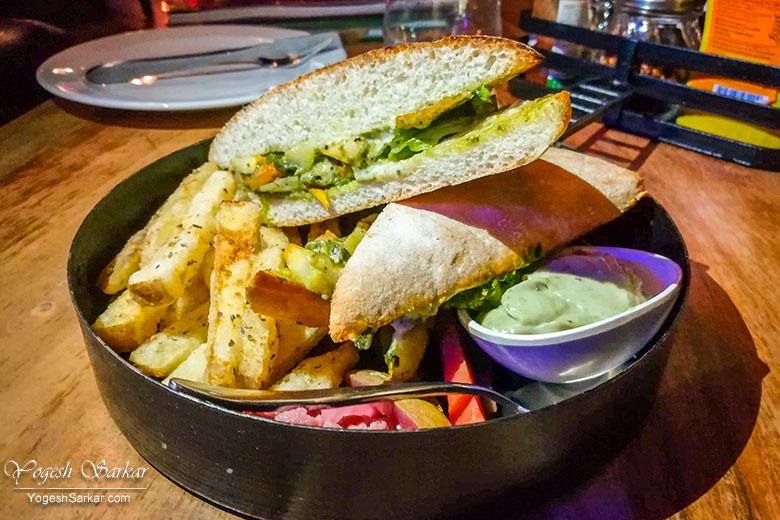 The sandwich not only looked delicious, it was every bit if not more delicious than it looked! Though the crust of the ciabatta bread was hard, it was yummy. Even the fries and dip served along with the sandwich was finger licking good!

Pesto Veggie Panini ended up making us hungry for more food, thanks to the taste and hence we decided to order Wild Mushroom and Blue Cheese Pizza topped with mozzarella and tomato sauce. 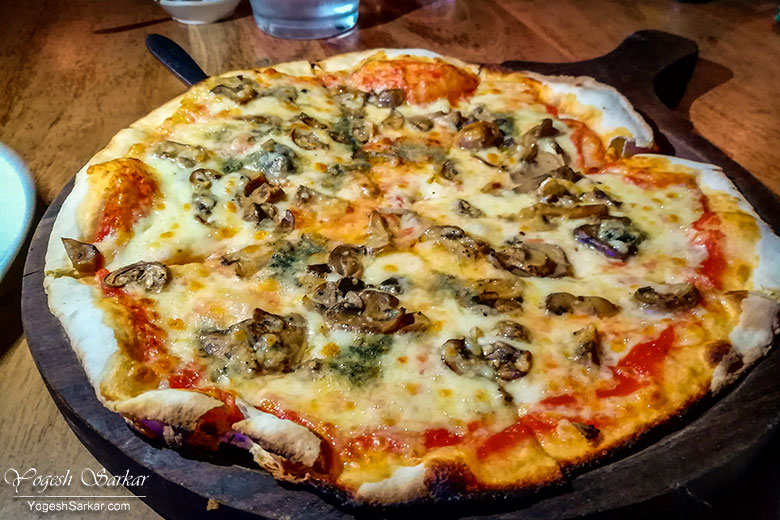 Thankfully the pizza didn’t come with the paper thin and extra crisp crust some of the restaurants serve (I hate it) and it had medium to thin crust, that seemed just about perfect. The taste of the pizza, on the other hand, was quite unique for me since this was the first time I had tasted blue cheese (cheese with mold).

The sharp and salty flavor was quite unique and although it felt too salty, it was delicious!

Apart from food, what had caught my eye was the cocktails at I Sacked Newtons and we decided to order Newton’s Law (Vodka, Ginger Ale, Lime, and Beer) and LIIT Bad Bull (Blue Curacao and Redbull in traditional LIIT). 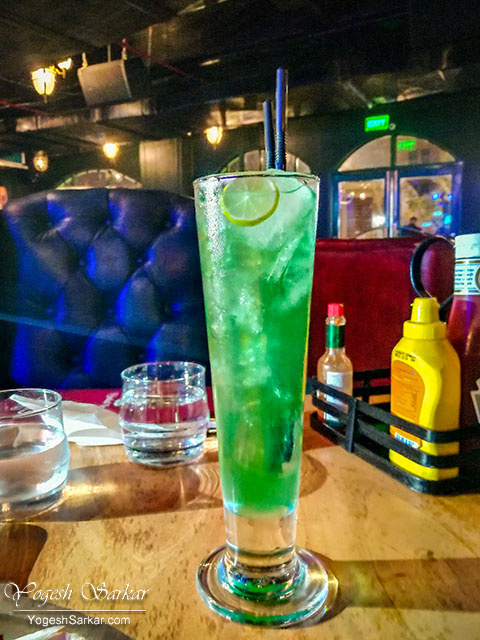 The Newton’s Law, on the other hand, was delicious! One of the best cocktails I have ever had and I really liked the fact that instead of using the cheapest available beer (like many resto-bars would do) they used Corona Extra. Once again, it wasn’t too strong, but still quite good and I loved the presentation as well.

Overall, I really enjoyed the ambiance, food and the service at I Sacked Newton and I was really surprised to see that the prices were on par with most mid-range Delhi and Gurgaon pubs (UP has really high excise duty on liquor.)

Our bill for Pesto Veggie Panini, Mushroom and Blue Cheese Pizza, LIIT Bad Bull and Newton’s Law came out to be Rs. 2,006, inclusive of all taxes and 10% service charge.

I Sacked Newton is just a handful of restaurants in Noida, where I can’t wait to go back again.