A couple of months ago, Uber India launched “Uber Ride Pass” in India and in particular, in Delhi-NCR. The Uber Pass is supposed to provide flat fare up to certain distance and discount on longer routes.

I have been using Uber Ride Pass for almost a couple of months now, initially, I paid Rs. 49 for 28 days and last time around (14th May), I got the same pass for Rs. 5, under a special 1-day deal by Uber.

During the first 28 days (validity of the pass is for 28 days, not a month) I got great discounts on my Uber rides, generally in the range of Rs. 91 per ride. 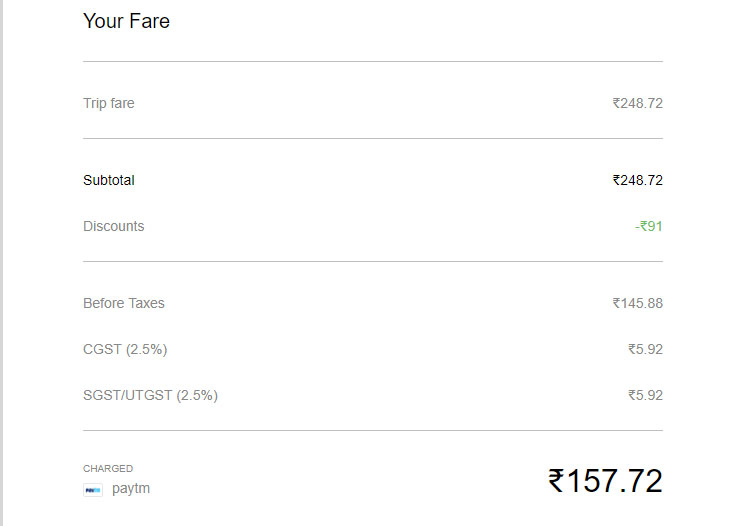 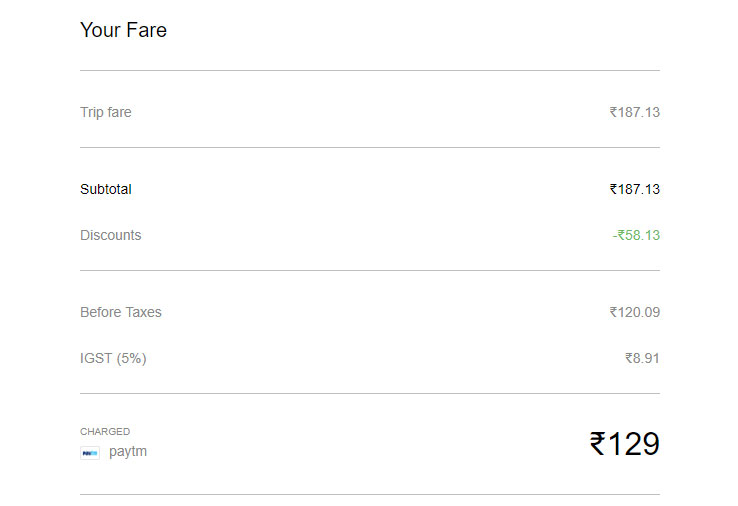 However, now the discount has been reduced to Rs. 51 per ride. In fact, I don’t think I got a discount of more than Rs. 51 during any ride, since the activation of Rs. 5 Uber Ride Pass. 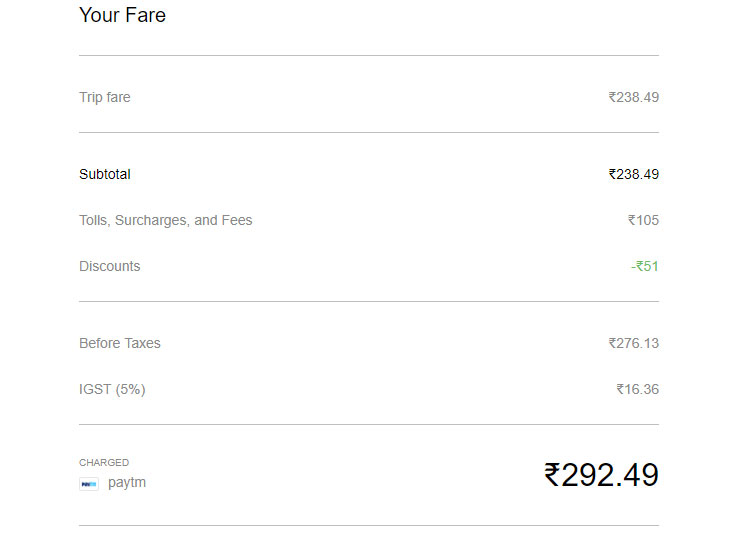 Hopefully, Uber India wouldn’t reduce the discount any further. Though I have little hope of them giving any better discount than this in the foreseeable future.

The above Uber Ride Pass discounts are only available if you take the route they initially show in navigation. If you divert from it or cannot take it due to it being non-existent, not-safe, under construction or in case even the driver chooses to take another route, you will not get a single rupee as a discount!

Yes, that’s right. Forget about the flat fare, you won’t even get a single rupee discount on your trip, if you take a route, that they didn’t show initially. And if you think you can depend on Uber Support for help, in case you were forced to take another route, then you couldn’t be more wrong!

I initially filed a complaint with them regarding a trip, where the driver was forced to take another route, since the one that uber showed, was under construction. I was informed by the Uber Support Team that they were forwarding my issue to another team for further scrutiny, and that was the last I heard from them, over a month ago!

Since then, on many occasions, I have been charged a full fare and I simply learned to live with it. Since I know for a fact that Uber India Support isn’t going to do anything about it!

So is the Uber Ride Pass worth it?

Essentially we are paying for a discount that not too long ago, we used to get regularly from Uber in the form of promo codes and that too for free. Now, they are charging us for that promo code and calling it a ride pass.

Add to that, the strict enforcement of “either you take our route or lose discount” is a real downer, since many times it is driver’s fault for taking a different route (after all, he is the one who is driving) and at times it is due to road being closed/blocked due to some reason.

In case of promo codes, we didn’t have to bother about set routes and would get discount irrespective of the route taken. And when you really think about it, considering Uber is getting paid per kilometer and per minute for the trip, I really do not see any justification for not giving us that discount, except that, they stand to gain from it financially over time.

Having said that, even if you have to shell out Rs. 50 for a ride pass, you get that money back in a single long trip. And that makes the Uber Ride Pass a no-brainer, even though the way Uber is implementing it, will leave a bitter taste in your mouth at times.