Some books should come with a warning; “contents of this book might cause you to lose track of time and turn you into an insomniac!” and the Last Train to Istanbul by Ayse Kulin, is one such book. It kept me glued to it until I managed to finish it off at 4 am and only then, I could fall asleep. 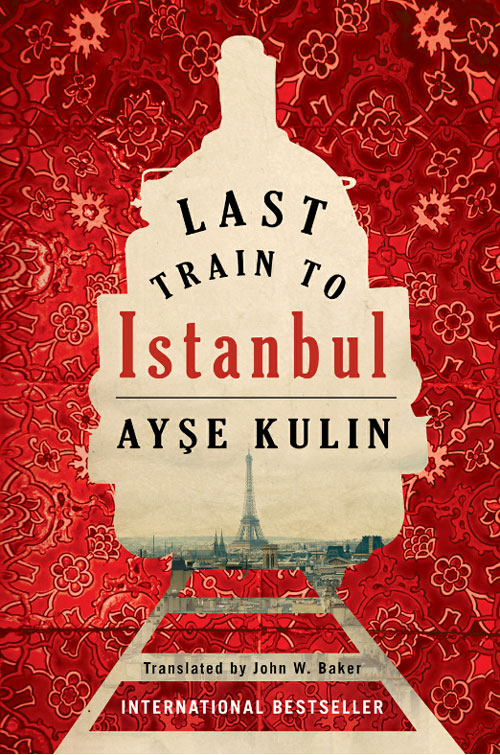 Last Train to Istanbul is a story set during the World War II, although it was published in 2002 and the author was just a toddler at that time.

However, her writing would make you believe that it was written and published around that era. And the fact that I actually read a translation of it by John William Baker and still loved the writing style and essence of it, speaks volume not only for the quality of the writing done by the author but also the wonderful translation done by John.

Even though this story is based on World War II, there is no actual fighting in the book, in fact there is very little violence to speak of. Rather, it is a story of Jews trapped in France and elsewhere in Europe, trying to escape persecution by the Nazi Germany and her collaborators.

At a time when most of the nations, irrespective of whether they were on the side of the Germans or the Alleys, were busy catering to their selfish interests, at the expense of innocent people (read Churchill’s Secret War by Madhusree Mukerjee). Turkey was busy trying to evacuate her Jewish citizens from France and other German-occupied territories.

Not by use of force, rather through diplomacy and at times, coercion.

Although this is a fictional story, it is based on the accounts of those who were fleeing France or the diplomats, who were desperately trying to get these people out, even if they had taken up French Citizenship.

Ayse manages to tell this story of human emotions and plight in such a beautiful, touching and captivating manner that you cannot help but the pain and joy being experienced by the characters.

Of course, the masterstroke of the book is the transportation of Turkish Jews and those pretending to be Turkish Jews in a train from Paris to Istanbul through Berlin! Yes, that’s right. A train full of Jews and even wanted Jewish scientists, traveling through Germany in a bid to reduce the suspicion of Gestapo, the German Secret Police.

When that happens, you will find yourself cheering and praying for those in the train, because by then, Ayse has built an emotional bond between her characters and you. And you cannot help but see them succeed in their endeavor.

And this is why I loved, Last Train to Istanbul so much! It is a must read according to me, so make sure to read it soon.