Driving past numerous restaurants and pubs in Nehru Place, we came across Swad Restaurant, while parking our car and decided to check it out. Since it had good ratings on Zomato and Dine Out and was so close to our car! 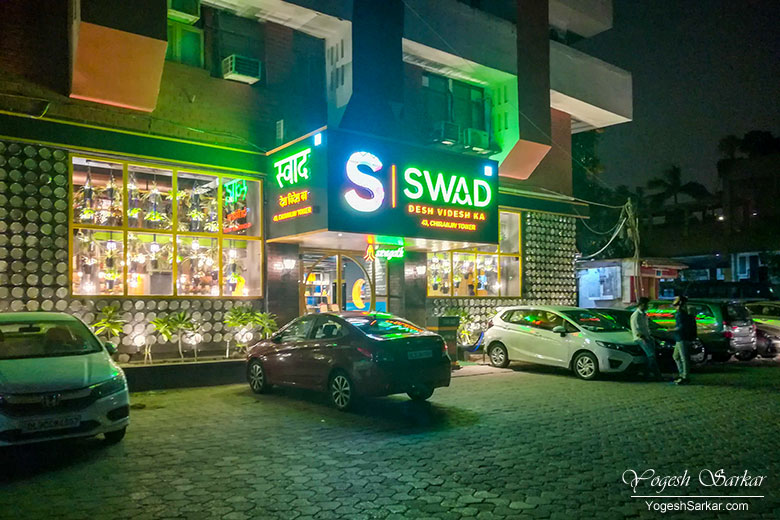 Swad Desh Videsh Ka serves only vegetarian food and even though it is mentioned as a fairly economical restaurant on most review sites (Rs. 500-750 for 2 people), it really isn’t. If you’re looking for a 3-course dinner, then it is around Rs. 1,200 for two and the deal on Nearby makes it a lot cheaper (valid till 10:30 pm). So please don’t fall for the guy on the front desk, who would tell you, it would cost the same. Because we did and we ended up paying twice for somewhat similar order size!

Décor of the restaurant is quite good and irrespective of where you sit, you won’t be disappointed. Though the vibe and noise is of a typical family restaurant, but thankfully, music isn’t played too loud so you can easily carry out conversations. 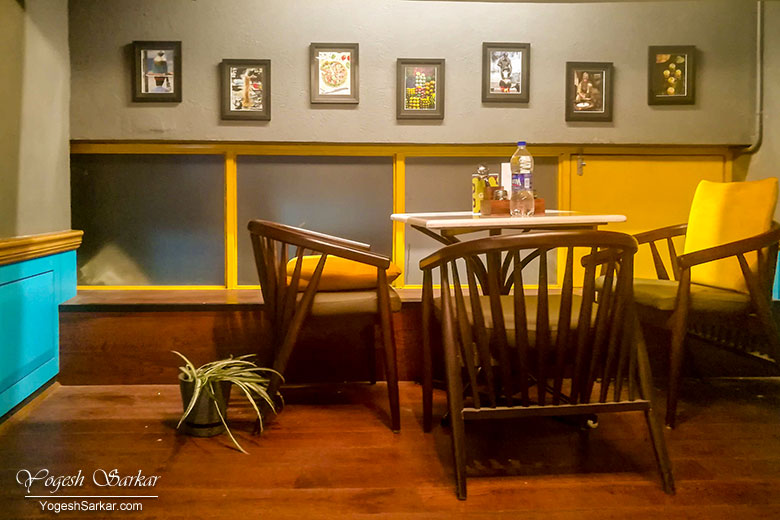 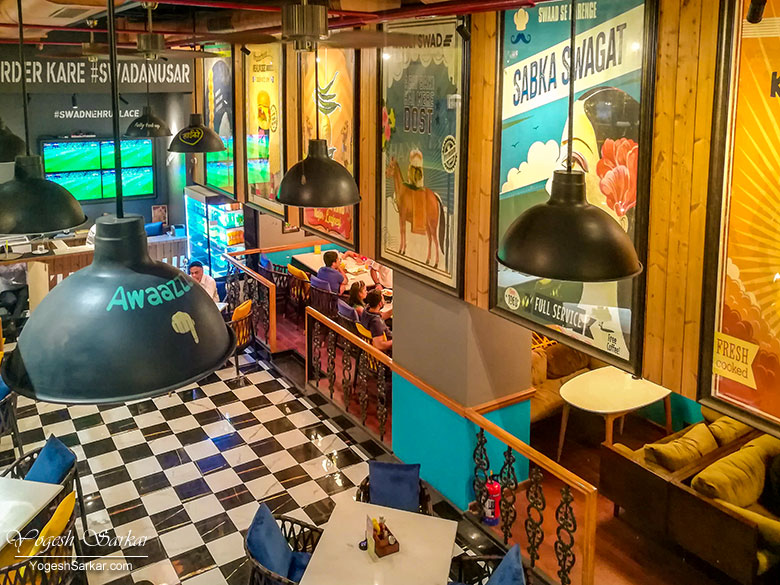 There are also remote bells on the table so that you can call a waiter. Even though it is very thoughtful, it is useless and after pressing it twice, we had to hail the waiter the good ole fashion way, in order to get the menu!

Service isn’t great; since they aren’t even courteous enough to ask before picking up ketchup bottle from your table, in order to give it to another table. If you ask one waiter for water, he would ask another waiter to serve it to you and the other waiter would get embroiled in some other work, leaving you thirsty! Also we had to ask them to clear the table (it was completely full with empty dishes), before we ordered the desert and that took time as well!

Good thing is, they don’t levy service charge and after getting this service, we didn’t leave any tips either.

When it comes to food, they got some quirky names for their dishes. And that name alone made me order Ladakhi Shami Kebab with Ulta Tawa Paratha (lentil paste patty, shallow fried and served with achari mayo), even though I knew the only thing Ladakhi about it, would be its name and I wasn’t wrong! Kebabs were crisp but salty and that Ulta Tawa paratha required a knife to cut (there wasn’t any in cutlery) or use of fingers, so we used our fingers to eat it. Mayo was tasty though, but once again salty. 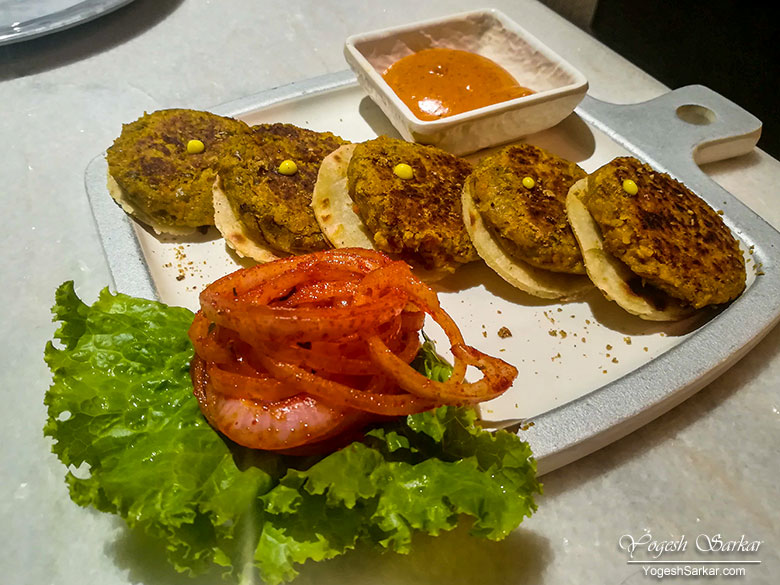 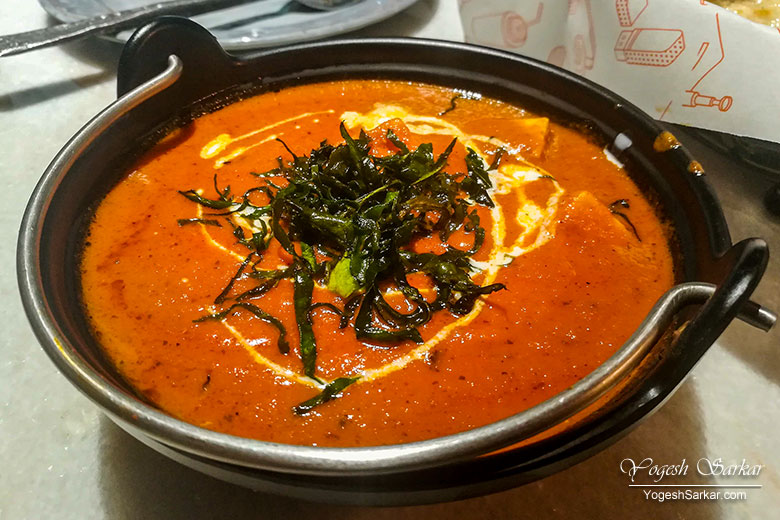 The naan seemed smaller in size in comparison to typical dhaba naans and was sort of a mixed bag. One piece had good flavour of garlic while the other had none! 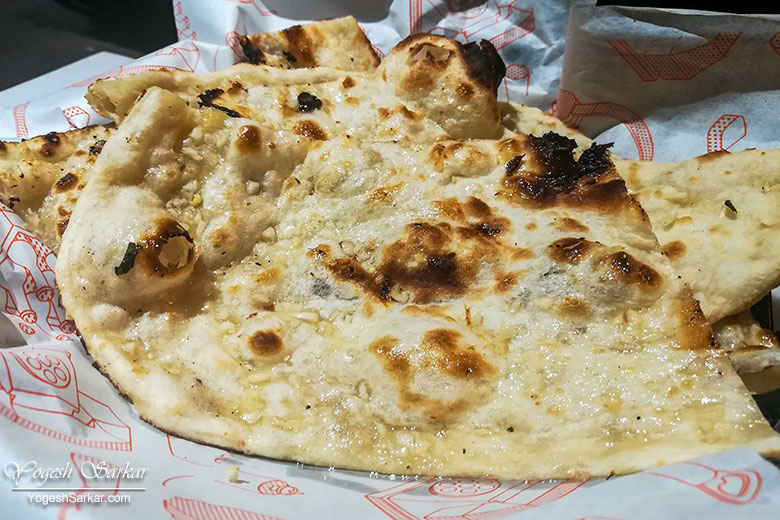 I had also ordered The Fusion of B & B (berry and banana), which arrived after the main course was served. It was extremely sweet and God knows how I managed to finish it! 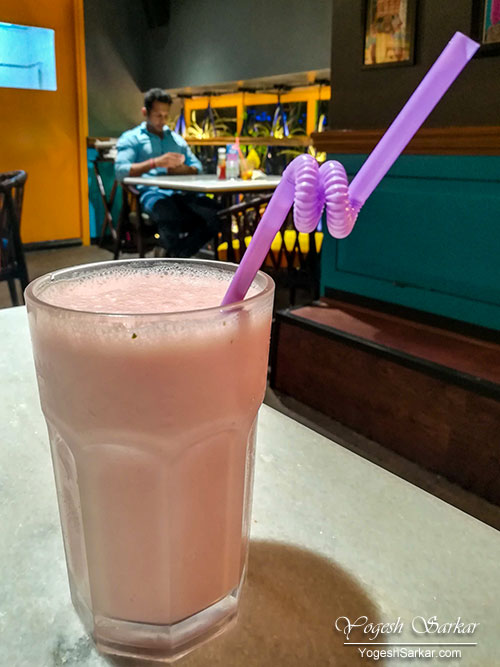 For dessert, Mansi ordered Dollar Jalebi with Rabri. Though the jalebis were supposed to be dollar shaped, for the most part, it was difficult to make that out! Taste-wise, they were alright and I found rabri to be a lot better, even though it wasn’t as rich as I would have liked. 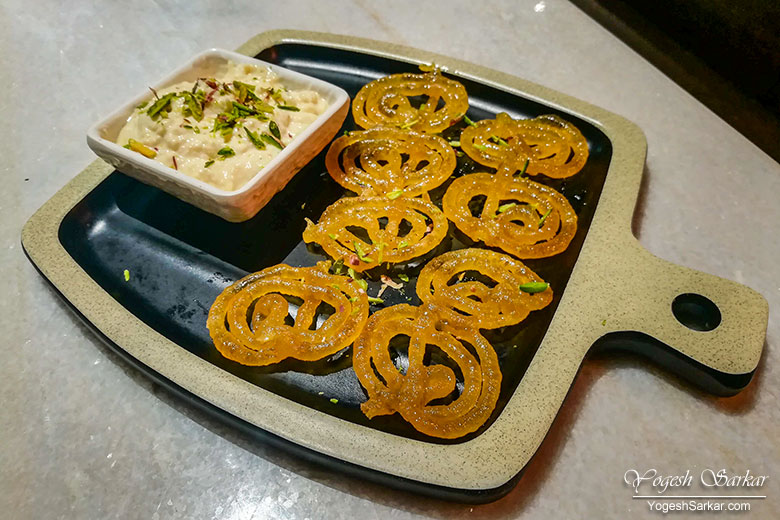 Overall, SWAD – Desh Videsh Ka was a mixed bag. I loved the décor but didn’t like the service, few things about the dishes we ordered were good, but there were things that made them seem mediocre. It isn’t all that cheap, but it isn’t all that expensive either.

We paid Rs. 1,212 (inclusive of taxes, no service charge) for Ladakhi Shami Kebab with Ulta Tawa Paratha, Smoked Paneer Makhan Wala, a couple of Garlic Naan, Fusion of B & B and Dollar Jalebi with Rabri.

I guess Swad is a safe pick for a family outing, though don’t have too high expectations from them. And yes, get a deal; it would turn out to be much cheaper affair (Rs. 599 for 2, for a 3-course meal and 2 soft drinks)