Strolling through the middle circle of Connaught Place, we came across a restaurant in the midst of office buildings and that too a Japanese Restaurant and Bar, Fuji. From the outside, it looked like a serious place with fancy seating and expensive menu. Still, I was in the mood for some Sushi, so we went inside. 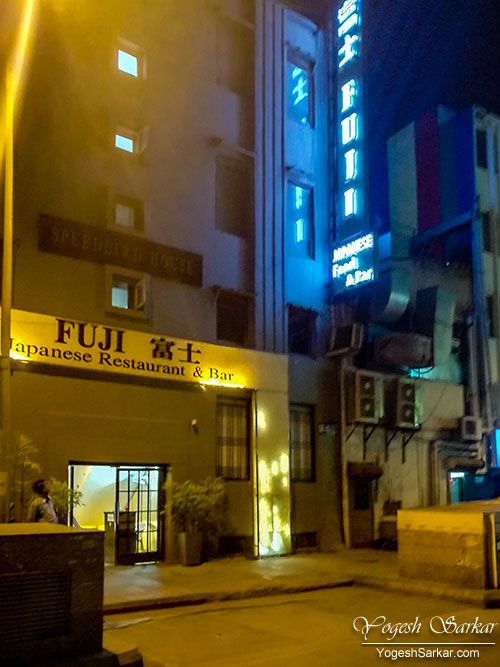 We took a booth on the ground floor and it was, well it wasn’t what I expected it to be. 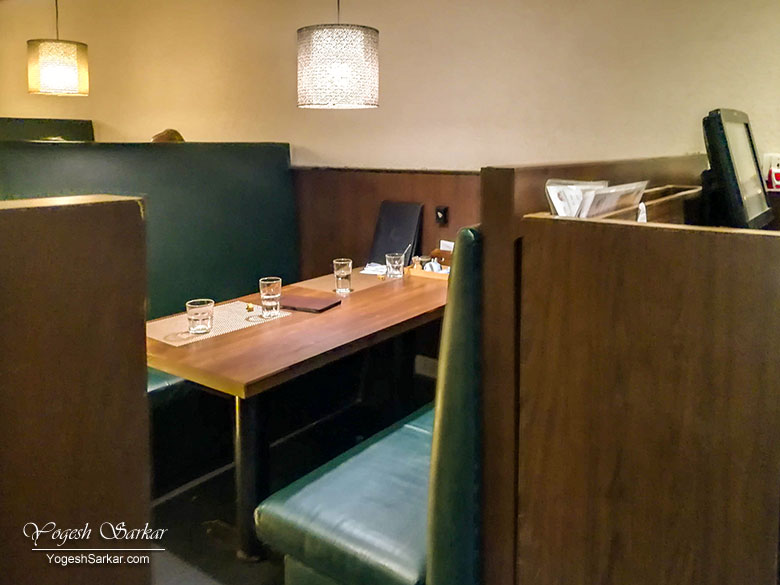 However, the functional yet minimalistic design was appealing and I would have loved it if it was as quiet as it seems in the photographs below. But with the advent of technology, you not only have to listen to people sitting on another table and talking amongst themselves but also those, they are video chatting with on speaker! 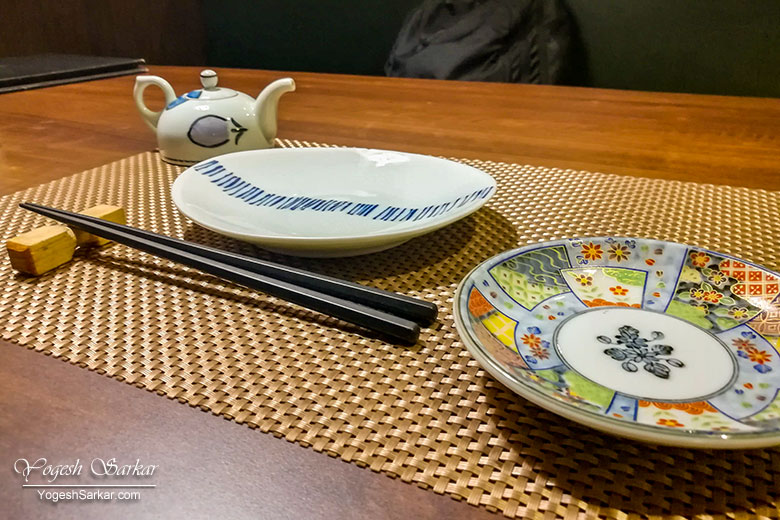 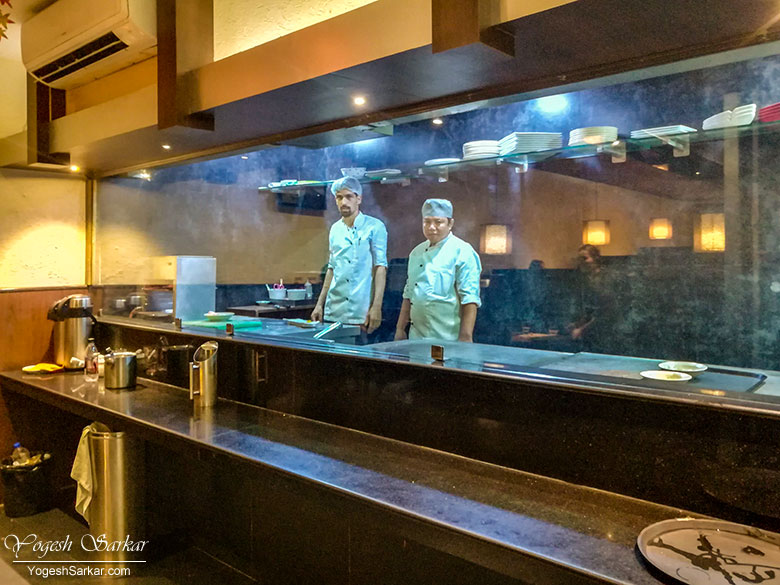 Kitchen and the chefs 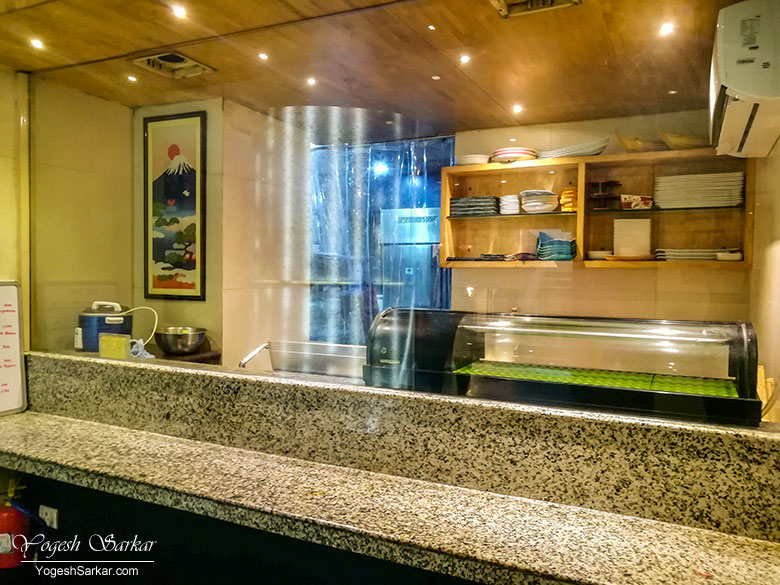 On the plus side, the staff was extremely courteous and the service prompt.

However, food options for vegetarians are limited when it comes to Japanese Cuisine and in case of Fuji, they were further limited due to nonavailability of any veg dumplings or any dish containing them!

Even though Sushi serving size was small (6 in case of Maki and 2 for Nigiri) I still didn’t appreciate the fact that both the sushi dishes were served on the same platter! 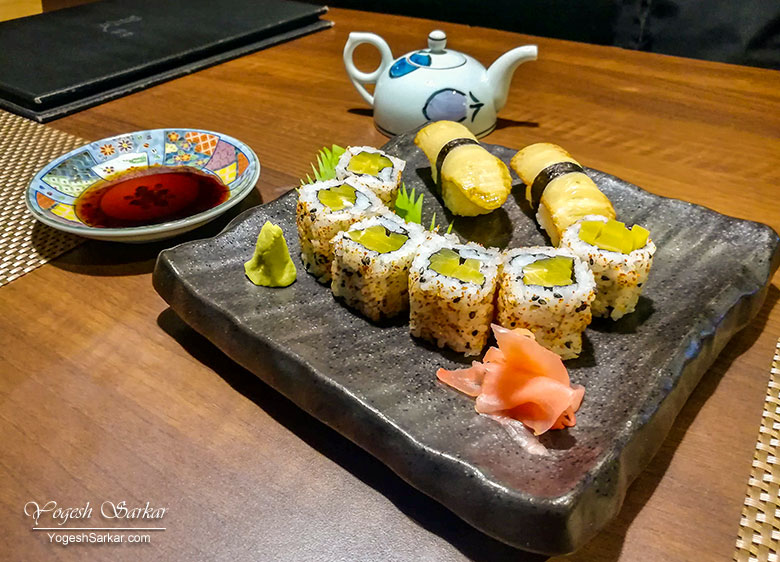 Having said that, I really enjoyed Bamboo Shoot Nigiri, it had a unique flavor that is hard to describe, but tasted really good. Oshinko Maki Sushi too was good, though the soy sauce felt salty and thus robbed away some of the taste.

Sochu is a mild Japanese liquor containing 25 % alcohol (most liquors have 40-45%). The taste and aroma of wheat sochu was really mild and hard to notice. The potato Sochu, on the other hand, had a good aroma and flavor. Though it was mild enough to not be apparent if you mix it with too much water and hence these are best had, on the rocks. 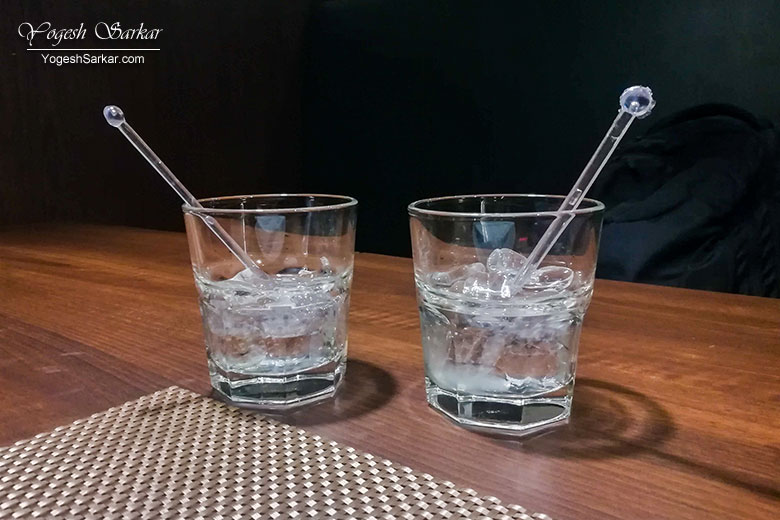 Since we were still hungry, we decided to order Sauté of Garlic Veg (pan- sauteed chopped garlic and assorted vegetables with garlic soy sauce). It was Mansi’s choice and I wasn’t expecting much from it, but it turned out to be quite delicious! Even though eating vegetables with chopsticks was quite a tedious process, but the flavors were so good, that I really enjoyed it. 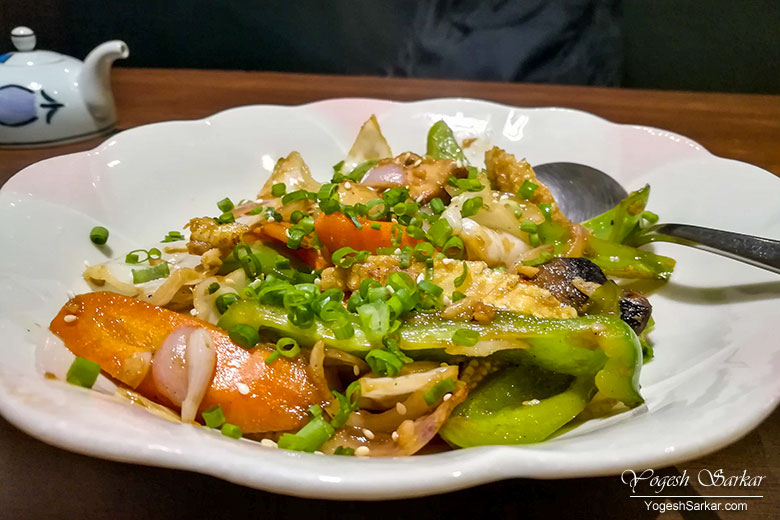 Overall, I really enjoyed my dinner at Fuji Japanese Restaurant and Bar, even though food options were limited for vegetarians and we had to pay Rs. 1,828 (inclusive of tax and 10% service charge) for 6 pieces of Oshinko Maki Sushi Roll, 2 pieces of Grilled Bamboo Shoot Nigiri Sushi, Sauté of Garlic Veg and a couple of 30 ml shots of Sochu.