Dhaba at Atta, a restaurant in the Atta Market in Sector-18, Noida, which likes to pretend it’s a dhaba, at least on the outside. 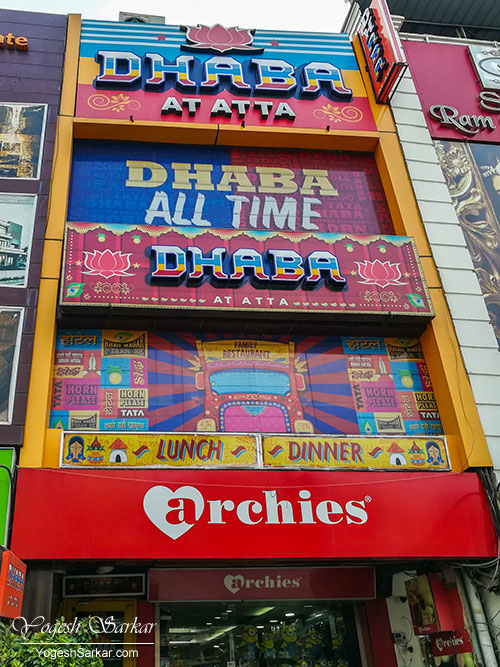 Inside though, it can be mistaken for any modern restaurant in the NCR. Not that it is a bad thing, but I would have loved to see the dhaba theme being carried inside as well. 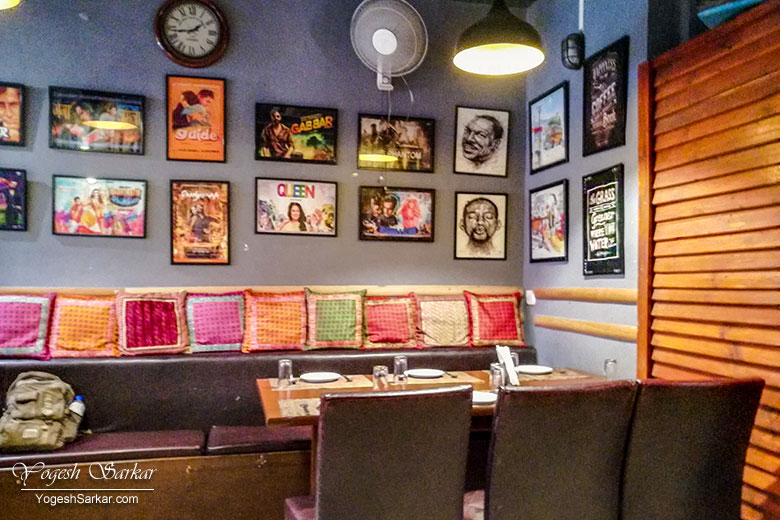 I had dined at Dhaba at Atta over a year ago and at that time; I had to sit on the second floor because the first was occupied. Today, it was due to the AC running slow on the first floor. But then again, the AC was running slow at second floor as well and everyone was complaining about it!

Last time I had a great time at Dhaba at Atta, service was good and the food delicious. This is the reason I had decided to come back here and once again, I wasn’t disappointed by the service. It was good and courteous for the most part.

In order to beat the heat, I decided to order a Virgin Mojito and while it looked good, it had an overdose of mint leaves. In fact, they were crushed so small that they repeatedly made their way inside my mouth, while I was sipping mojito through a straw! 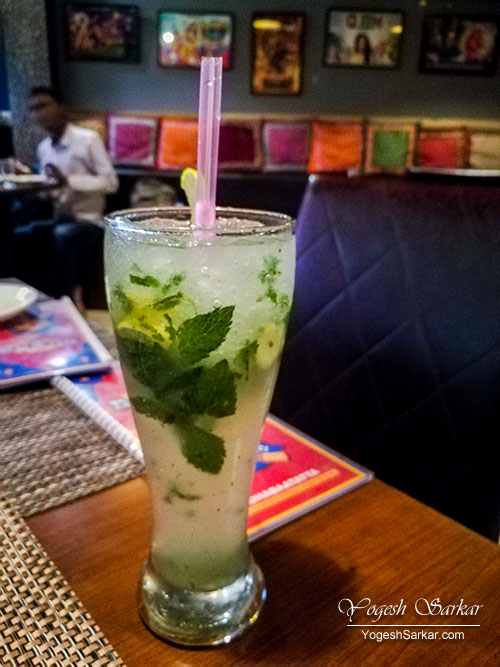 For starter, we ordered Dahi Kebab and they were delicious and the chutney was good as well. In fact, Dahi Kebab was the highlight of our meal. 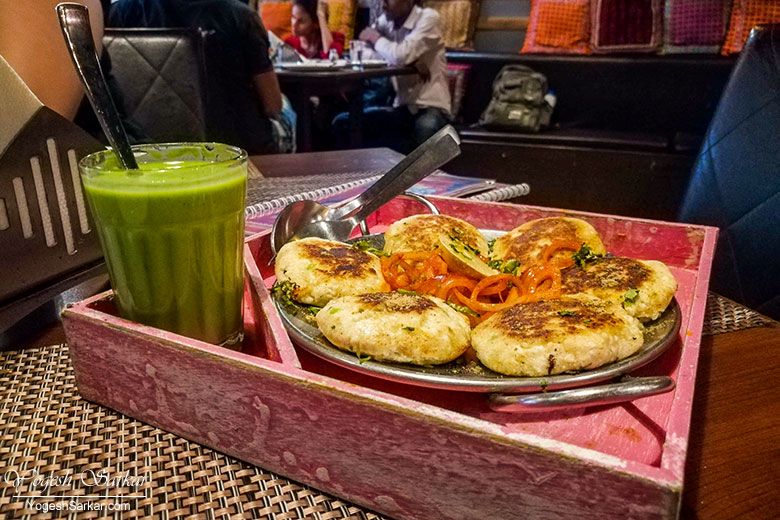 For the main course, we ordered Bhuna Masala Chap along with Butter Naan.

If I was complaining about the AC and feeling a little hot earlier, I was sweating like a pig, while eating Bhuna Masala Chap; it was too darn spicy, though seemingly well cooked. Naan was fine as well. 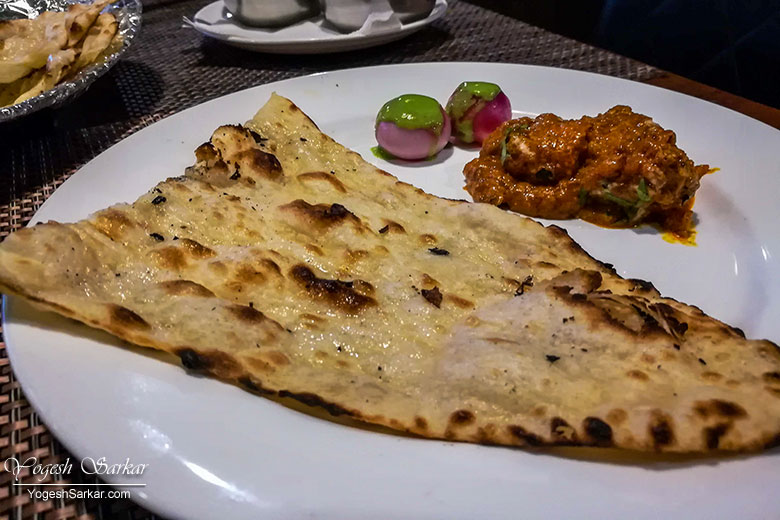 For dessert, we ordered Gulab Jamun with Ice Cream. While the Gulab Jamun was not only overcooked, it also had a big solid lump inside. Ice Cream, on the other hand, seemed like a mix of ice cream with some sort of flour! I somehow finished the Gulab Jamun but couldn’t finish the ice cream. Funnily enough or should I say, pathetically enough, even though it was pretty hot inside the restaurant, the ice cream did not completely melt during the 15-20 mins we were there, after being served dessert! Thereby confirming my belief, it wasn’t really ice cream.

Although nothing bad happened the next day and my stomach was fine. I couldn’t help feeling worried about what I had consumed at Dhaba at Atta. At the same time, felt saddened by the drop in quality and taste of food, since I last went there.