The Nameless Relationship is a short story by Preeti Shenoy and is 12 pages long. And yet, it is good enough or at least, popular enough to be on the trending eBook list on Amazon Kindle. Needless to say, due to this, I became curious about it and in order to satisfy my curiosity, I downloaded it and managed to finish it in 10 minutes! 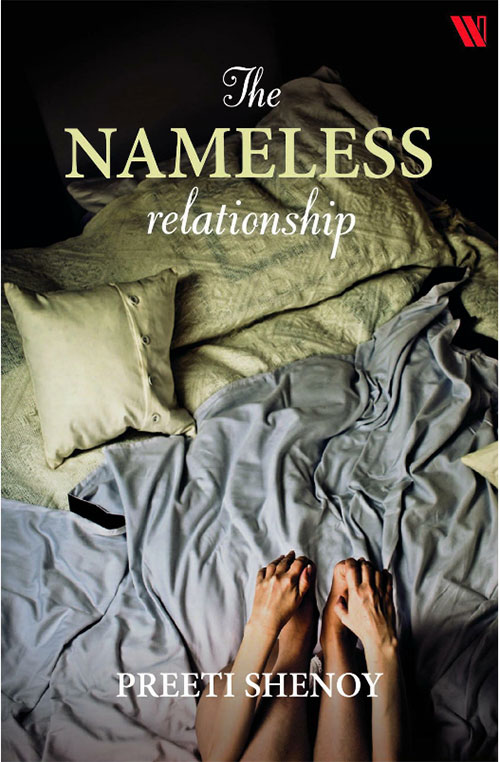 The Nameless Relationship is an internal monologue of Lithika, a 53-year-old lady from Bangalore, wife of a rich retired man and mother of a couple of professionally successful and settled children. She is also an entrepreneur, running her own boutique interior design firm and in a 7-year-old Nameless Relationship with Dhiraj, who is the same age as her children!

Dhiraj is madly in love with Lithika and wishes to marry her, while she is happy drinking from his elixir of youth, and cannot even bear the thought of telling her children about her affair, let alone divorce her husband and be with Dhiraj.

It is that fear that prevents her from giving any name to this relationship that means more to her, than her 30-year-old marriage.

And while one can argue till the cows come home about the morality, the truth is, the story is so eloquently written and short enough that before you have time to judge it, you have reached the very end and you kind of regret it. For it is over and you wish, there was more.

Dibakar Banerjee ought to have taken this story and used it in Lust Stories, instead of the rather bland and boring extra-martial affair story he produced. The Nameless Relationship would have made a lot more sense and would have easily been the most interesting of the lot. For it is crisp and short, with just enough punch to make an impact.

This is the first book or rather, short story I read from Preeti Shenoy and after reading this, I can’t wait to read more of her work.