I have heard good things about the cafes in Majnu Ka Tila, yet, I never actually went there, until last evening, when Mansi suggested we check out AMA Café (actually she kept the name under wraps until we reached the location.)

Located in the narrow lanes of Majnu Ka Tila, with a narrow stairway leading up to the first floor restaurant is the AMA Café. 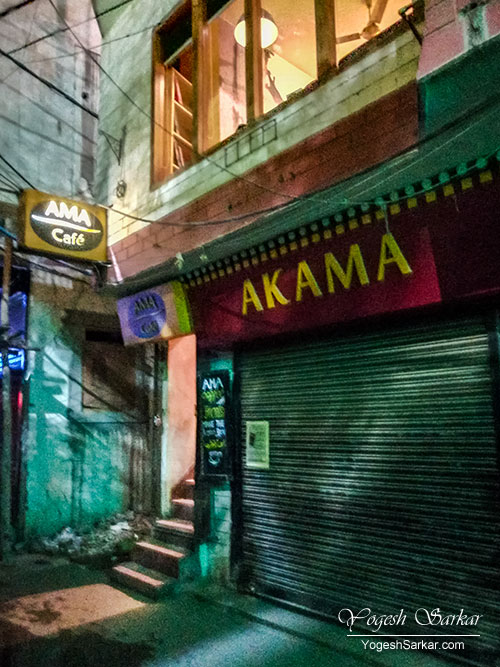 From outside you can easily misjudge this to be a small and dingy café, but actually, it is quite nice with a wonderful décor. We sat on the first floor and it also has seating on the second floor. 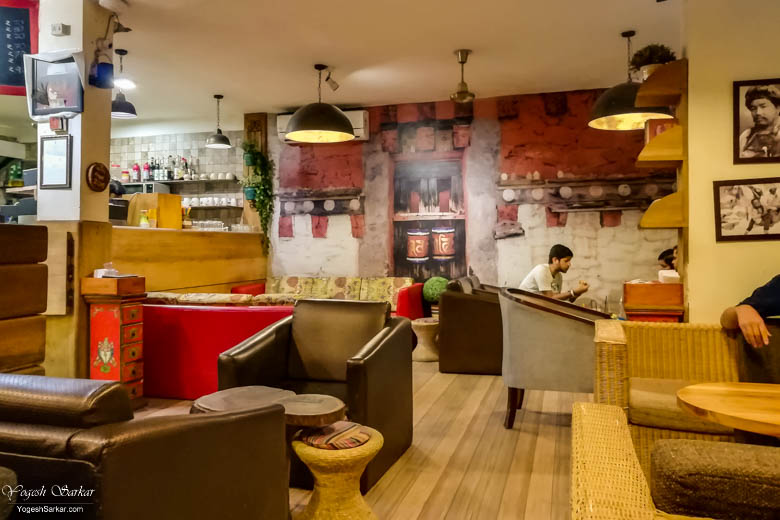 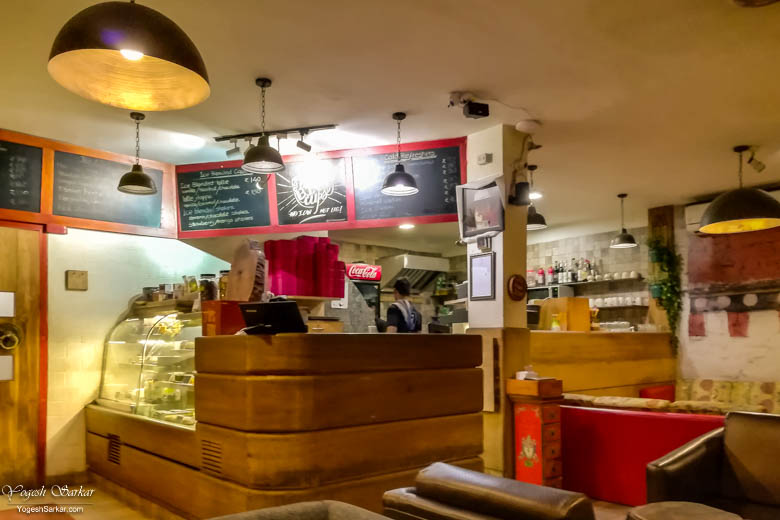 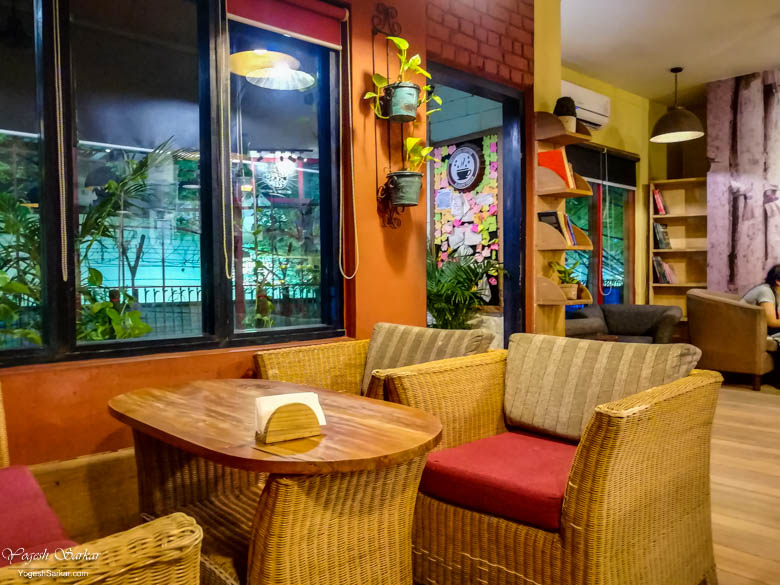 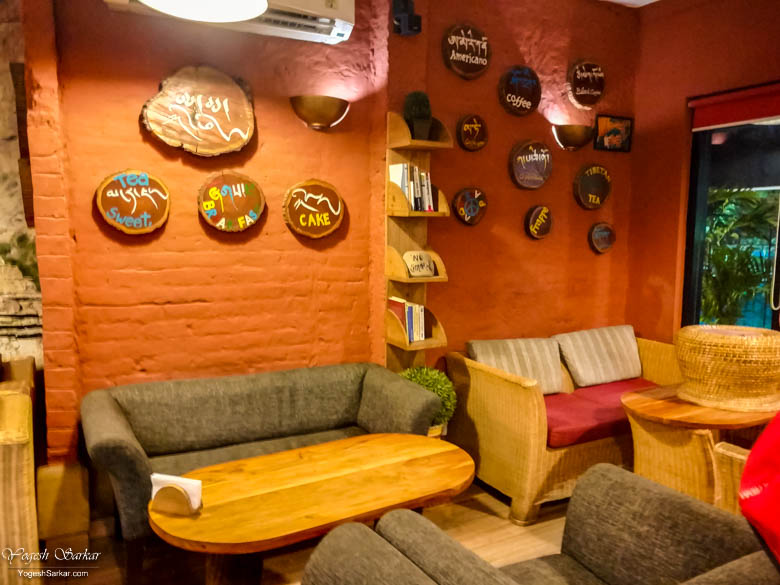 As far as service is concerned, it seemed alright at first, but at 9:45 pm they presented us with a bill and told us the café has closed. They didn’t inform us earlier if the café was about to close or anything of that sort, they just brought our bill and proceeded to shut down and clean rest of the café while we were still finishing off our food. Apart from this, there were a couple of instances where the staff looked nonchalant.

As far as food is concerned, they have a somewhat limited menu with only pizzas, burgers, sandwiches etc. available after 12 noon, though they have numerous varieties of these. When we inquired about pancakes, we were told they aren’t available.

Tsampa Shake was quite interesting and although it is made of barley, it tasted like sattu. But it had a unique flavor and I quite liked it. The fruit beer, on the other hand, was a disappointment. It was served warm with a single ice cube, which couldn’t cool it off and it tasted quite sweet. After getting extra ice for it and waiting a while, it became colder and less sweet, but I still didn’t like it. 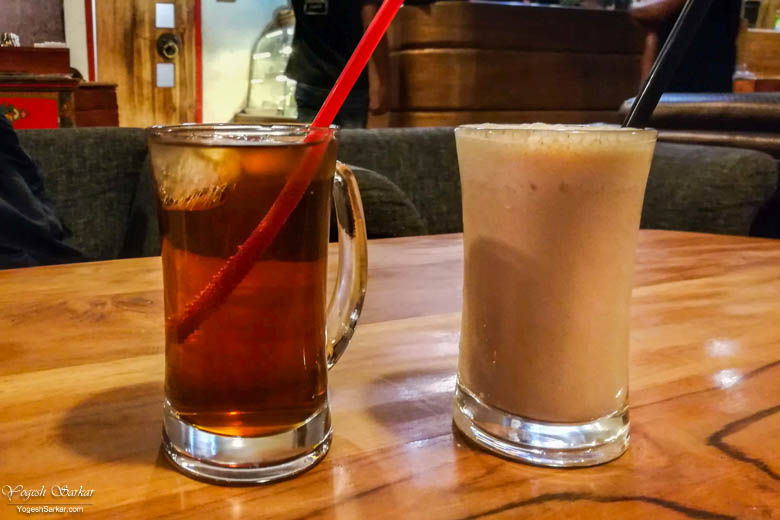 Caesar Salad was just about alright, but nothing great. In my view, it lacked flavors and was on the bland side. 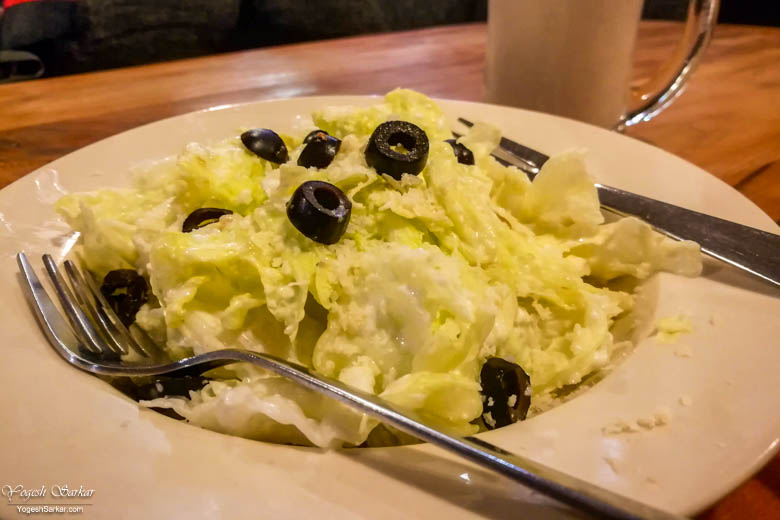 Club sandwich, on the other hand, was good and even the presentation was great. Though they did charge us extra for mayo (Rs. 20 plus taxes) when we asked for it. 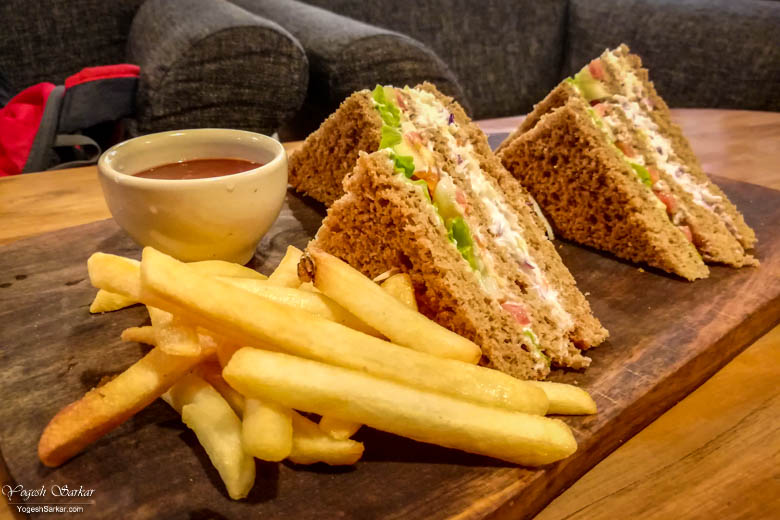 Mixed Grilled Platter was great! Even though chicken sausages were quite light and ham was good, bacon and chicken breast were delicious! Garlic bread too was good, though salad and dip was a disappointment. 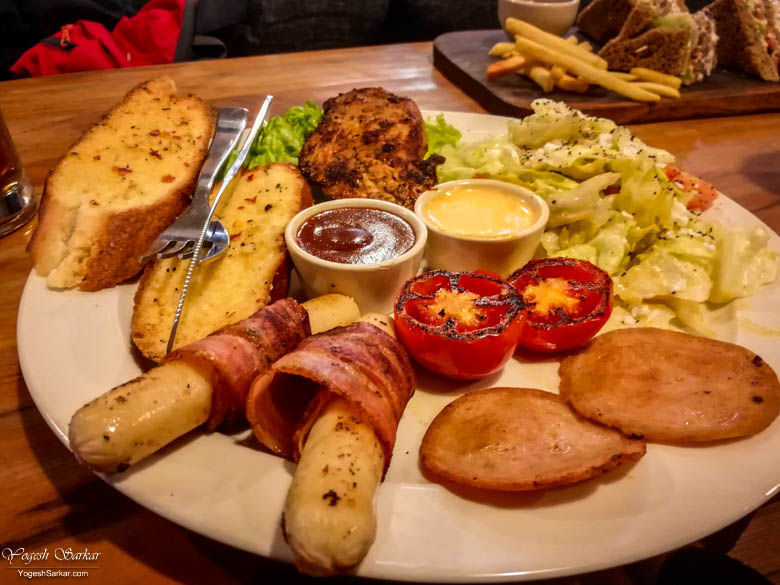 Towards the end, I decided to order pineapple juice, but none of the juices were available, so I ordered Blueberry Smoothie instead and it was absolutely fantastic with just the right amount of flavor. 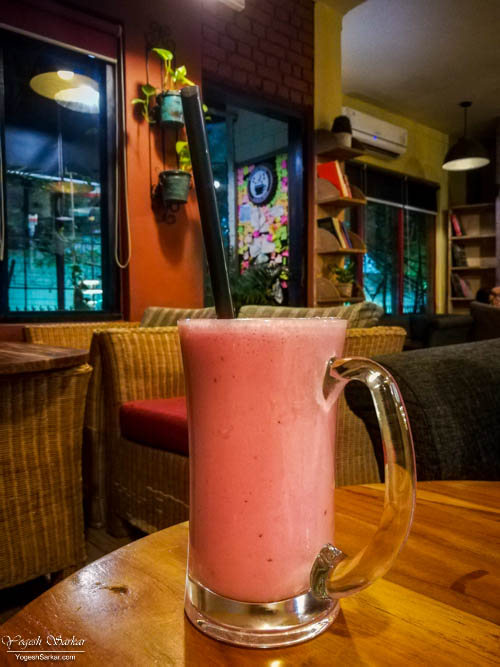 Since they closed the restaurant without letting us know, we couldn’t order any dessert.

Overall, I found AMA Café to be good, though the menu is fairly limited, it closes quite early and staff could at least have the courtesy to let patrons know, they are about to close, before generating the bill!

It is also quite economical since we ended up paying Rs. 1075 (inclusive of taxes) for Blueberry Smoothie, Fruit Beer, Tsampa Shake, Caesar Salad, Club Sandwich, Mixed Grilled Platter, and Mayo.