It has been several years since I first visited Sita Ram Diwan Chand’s Paharganj outlet and tried out their famous Chole Bhature and fell in love with them. A few days ago, I decided to order their Chole Bhature online through Swiggy (they are also on Foodpanda and Zomato) and this is my review of Sita Ram Diwan Chand’s Paschim Vihar outlet, which Swiggy used to deliver my order. 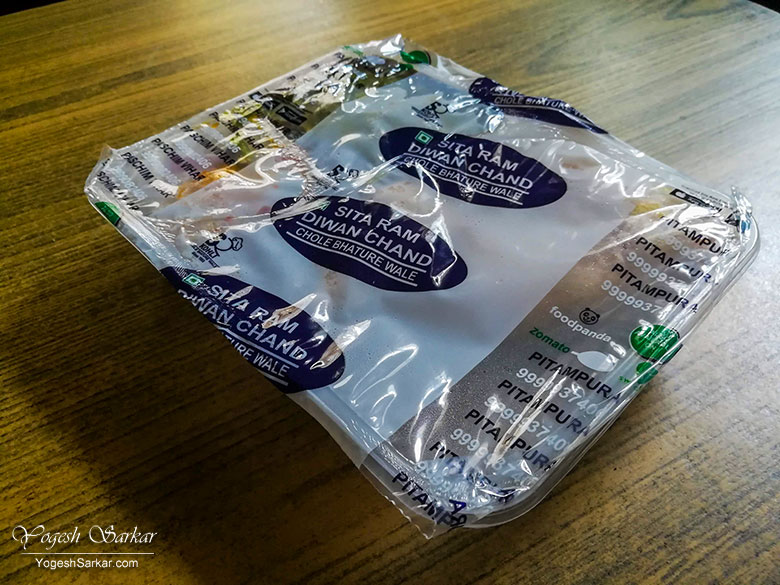 The thing about chole bhature is, even though it is a fairly popular North-Indian cuisine and widely available, few are actually able to make them delicious enough and the vast majority of outlets serve mediocre chole bhature, including most of the famous ones I have tried.

A chole bhature wala (street hawker) in Saturday market in Subhash Nagar makes really good stuff, but at times it is a flop and there is always a 50-50 chance of your stomach getting upset due to them. But then again, it is fairly cheap at Rs. 20 per plate.

Sita Ram Diwan Chand, on the other hand, charges Rs. 80 for their plate of chole bhature. 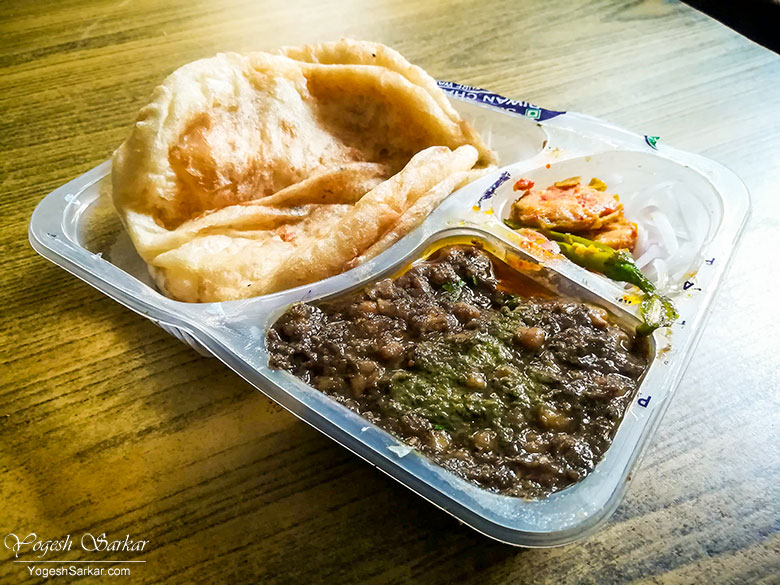 I felt chole, pickle, and onion were comparatively less in the single plate, in comparison to what we got with 3 other plates. So ordering a couple or more plates of the same type would more sense, as you will get more chole and pickle with it.

Add to that, the aloo in the chole was rather hard and large, so I didn’t really eat it. So unless you just have to have it to reduce the spices, you would be better off ordering the normal plate.

The thing I liked the most about Sita Ram Diwan Chand’s chole bhature was their chole and it was good to see the same taste and quality being delivered by their Paschim Vihar outlet. Though chole had a lot of soda (taste was easily apparent, though not overpowering), the spices along with the green chutney made the chole taste heavenly, though I felt there wasn’t enough salt in it (you might need to put extra chutney for that.)

Bhature, on the other hand, were soft and the stuffing in them was quite delicious as well, though not evenly distributed in all of them bhature. Those people who like crisp bhature will find these to be a disappointment; I liked them quite a bit.

Overall, I really liked the taste and flavors of Sita Ram Diwan Chand’s chole bhature; it was the same as what I had eaten in Paharganj a few years ago. And even though these were extremely heavy and had a lot of soda in them, no one in my family had any stomach trouble afterward. Even though these are far from cheap, they are cheaper than bhature chole sold by Bikanerwala, Haldiram etc. and taste far better!

I can’t wait to reorder again from Sita Ram Diwan Chand, since these are the best chole bhature I have found in Delhi.