I just finished watching Ghoul, a Netflix original series consisting of just 3 episodes. The story revolves around Nida Rahim (Radhika Apte) and she is trainee officer in Special Investigation Team. 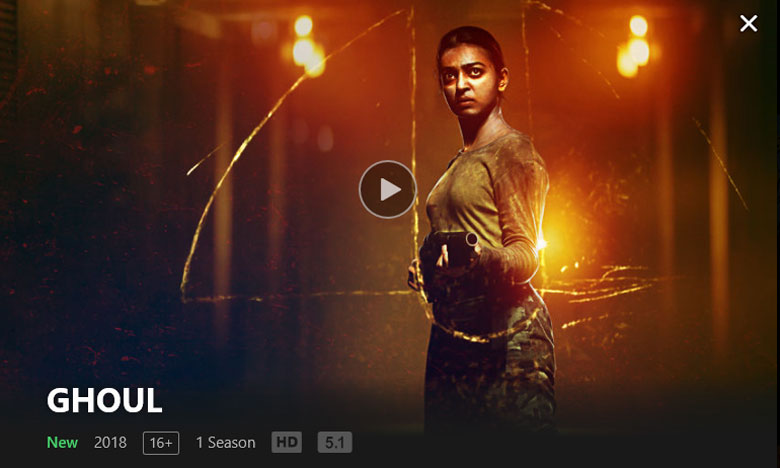 The world or at least India has been divided along the religious lines and the government is cracking down hard on religious fanatics by terming them as terrorist. The government propaganda is so good that Nida informs the authorities about her father, who is worried about the rights of the Muslim populace and talks against the government. Of course, he isn’t a terrorist per say, yet, he is taken into custody.

Then, a task force raids a terrorist hideout, where they find Ali Saeed (Mahesh Balraj); the supposed terrorist kingpin.

For reasons unknown to her, Nida gets transferred to a secret interrogation centre, even though she is yet to finish her training.

A day later, Ali Saeed is brought to the centre for interrogation and then begins a series of nightmares, in dream and in real life.

There are dark forces at play and the dark secrets surrounding the entire government operations, which has less to do with finding terrorists and more to do with eliminating an ideology.

The series is dark and a bit scary, even though it isn’t all that gory and barring the final episode, there isn’t much gore or even ghosts. But what makes interesting is the secret behind the strange occurring and a plot that is revealed step by step, and isn’t easy to guess.

Radhika Apte’s acting is disappointing once again (just like in Sacred Games) and for the most part, she is emotionless, even when she learns about the fate of her father. Having said that, even though she is the protagonist of this series, the episodes carry on just fine and do not disappoint.

Overall, Ghoul is an interesting watch. I wish there was more to it, but a short and crisp series is better than a dragged on show. So one has to appreciate it for that and move on…