Even though, both the parts had been fairly old (over 6 years in case of SSD and much more than that in case of Graphics Card.) Both the crashes were sudden and abrupt. Leading me to believe, these breakdowns weren’t random and pointed to some other major issue in the system. 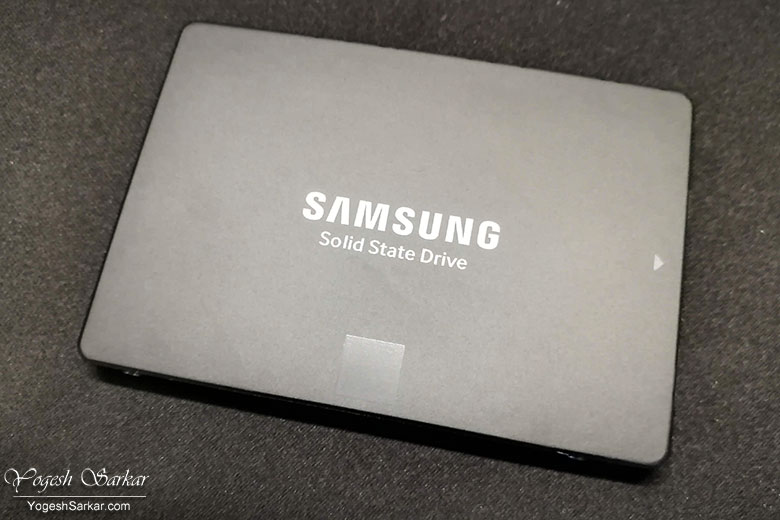 Even though I am yet to replace my graphics card and I am making do with the onboard graphics of my Core i5 4440, I decided to replace over 9-year-old Cooler Master 460 W Power Supply with a brand new Corsair VS450. 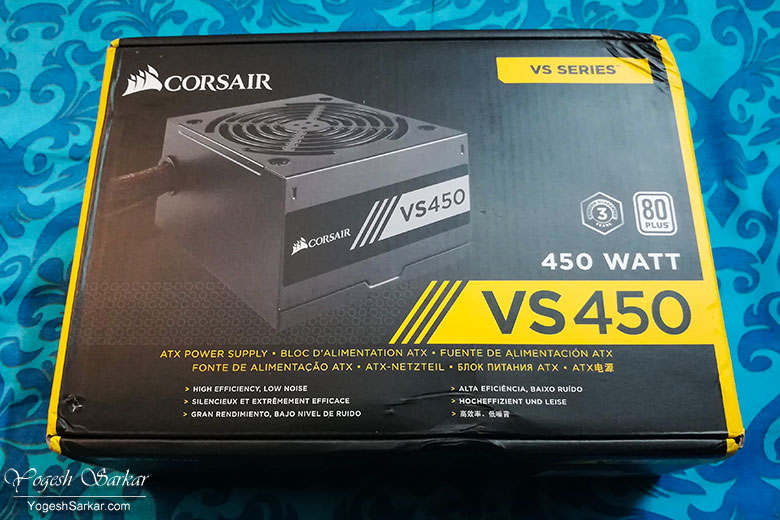 My Cooler Master Power Supply had survived 3 system upgrades and had been working well, though I had been thinking of replacing it, ever since I last upgraded my system in 2014.

Cable Management had been a complete mess with the Cooler Master Power Supply since the cables were too short to be run from the back of the case. 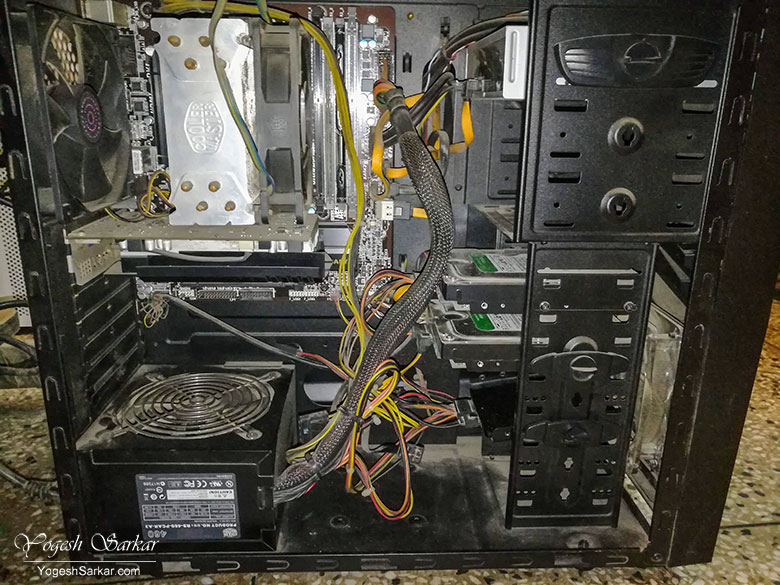 Corsair VS450 has longer cables and far more connectors, due to this, cable management was a breeze. Though I couldn’t run the CPU power cable from behind the case, due to the wire being an inch or so shorter. 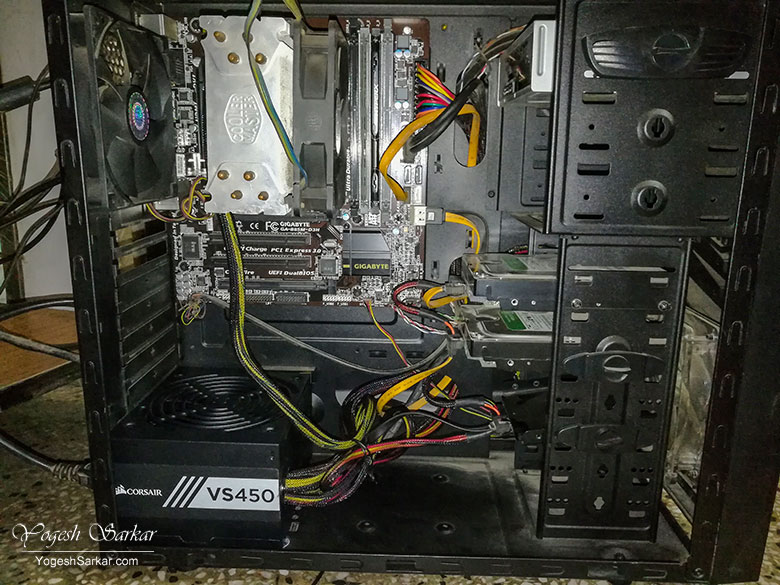 Had I mounted the power supply upside down, it would have been perfect. But due to the placement of the case on my computer desk, I didn’t want the PSU to suck air from the bottom of the cabinet.

Overall, even though I was in a way forced to upgrade these components and will be spending more money in the coming days, buying a graphics card, I am pleased with the changes made thus far.

Having said that, I certainly could have done without the trouble of not having a working computer for multiple days, as I first had to wait a few days for the SSD to arrive and then I didn’t turn on my computer for a day, preferring to keep waiting for the new power supply to arrive and not risk damage to any other component.

Add to that, the sheer frustration of downloading Windows 10 and copying it onto a thumb drive (which I had to buy as well, Sandisk 16 GB OTG Pen Drive) using my mobile phone.

This was the first time I made a bootable Windows 10 pen drive from a mobile phone and even though the apps that are supposed to help you do this, failed. Using WinRAR to extract and copy the contents of Windows 10 ISO file onto the pen drive did the trick and I could install Windows 10 easily.

In the end, the last couple of weeks have been frustrating, exhausting, learning and exciting at the same time…