I hate unplugging a device from a wall socket, in order to plugin charger for my mobile phone and yet, I was doing this on a regular basis until I bought Mivi Dual Port USB Charger. 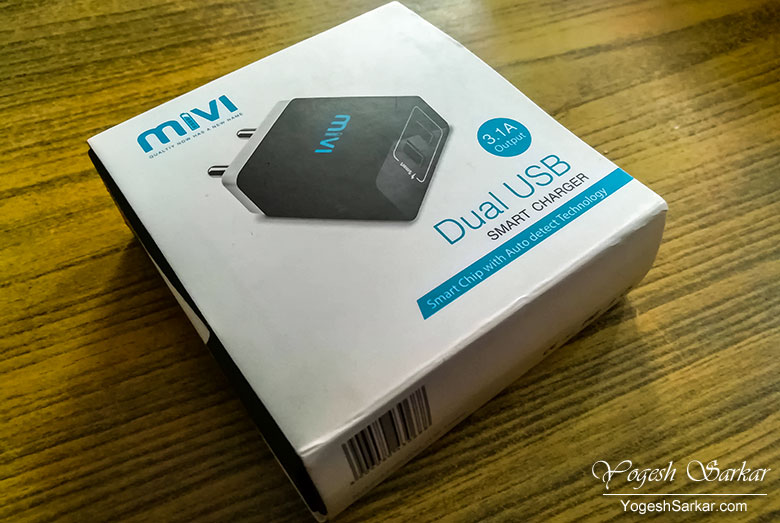 Because, even though I have a total of 10 wall sockets (with the help of Belkin Surge Protectors) in my room, each one of them is permanently occupied and I had to constantly unplug cordless phone or something else in order to charge my mobile phone or iPad.

Since Roku Streaming Stick Plus and my CCTV use standard USB chargers, I thought about buying a dual port charger, which would allow me to charge my mobile phone and run Roku or CCTV from a single charger.

Add to that, while traveling I need to charge my mobile phone, power bank and action camera and all three require USB charger. Hence the charger I buy would not only be used at home but also while traveling.

There were multiple dual port chargers available online and out of them I chose Mivi because I have been using their braided USB cable for a while now and it works quite well. Add to that, their rating on Amazon was quite good and their smart charger adjusts the current output, based on the device plugged into its port.

Once I received the charger, I was pleasantly surprised by the build quality. It is far superior to any of the chargers I have gotten with my mobile phones and heavier as well. The only thing I didn’t like was the textured soft touch surface, which might get scratched up while traveling. 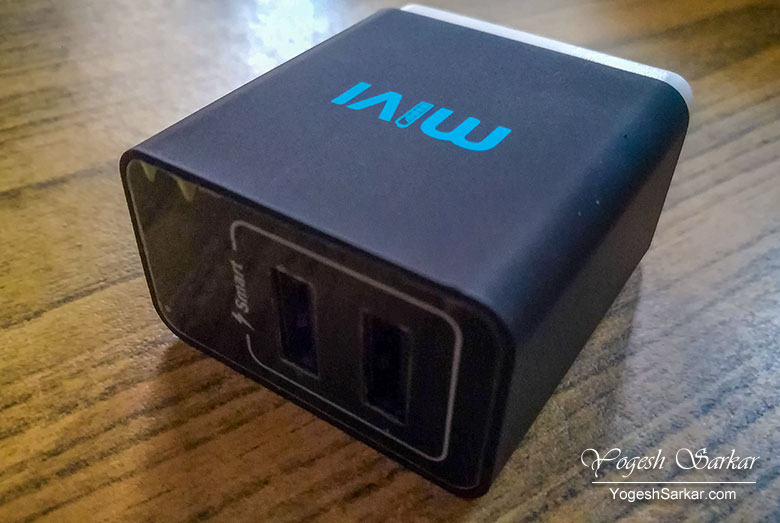 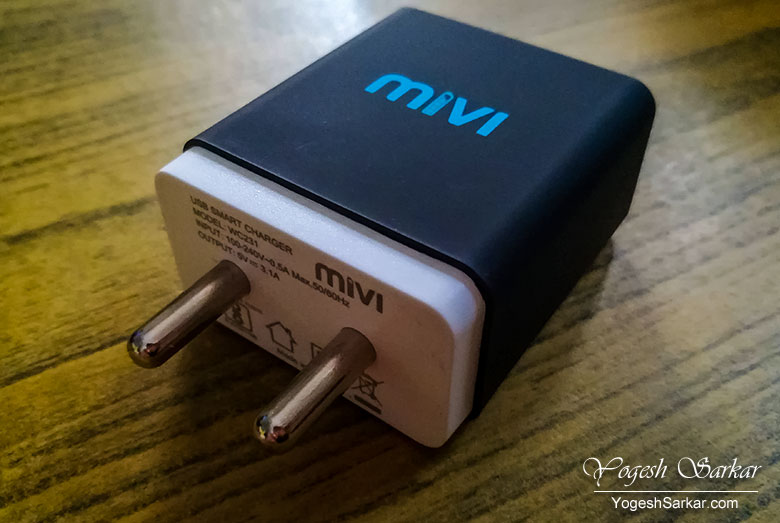 The total output of the charger is 3.1A i.e. one of the ports will output 2.1A and the other would be restricted to 1A output. So if you’re looking for a charger which can output 2.1A simultaneously on both ports or a Quick Charge compatible charger, it would be best to look at this charger from Mivi. For my needs, the one I ordered was good enough.

At the moment, I have plugged in Roku Streaming Stick Plus in it (require 1A) and I plug in my mobile phone to the second port, whenever it needs charging.

Charging current can hit the peak of around 1200mA, though generally, it remains between 730mA to 780mA. That is about 50mA less than what the stock charger provides to my mobile phone (using the same USB cable) and that I feel isn’t a big deal, considering the convenience.

So far, I have been using this charger for 15 days and I am satisfied with it’s performance. I have a feeling this will last me a long time, though I will update this review, in case anything happens.

Overall, I am quite satisfied with the Mivi Dual Port USB Charger, it does what it advertises and saves me a wall socket and should be an invaluable asset while traveling.