Netflix has been struggling to capture market share in India, while competing with services like Amazon Prime Video and Hotstar, which are available for far cheaper price than Netflix (Rs. 999 a year for Prime and Hotstar vs. Rs. 650 a month for Netflix HD service.)

So how do they counter this?

By coming out with a new top-tier plan called Ultra for Rs. 950 a month, which is pretty much the same as the Rs. 800 Premium plan (UHD and 4 screen viewing) except that it offers better sound quality! 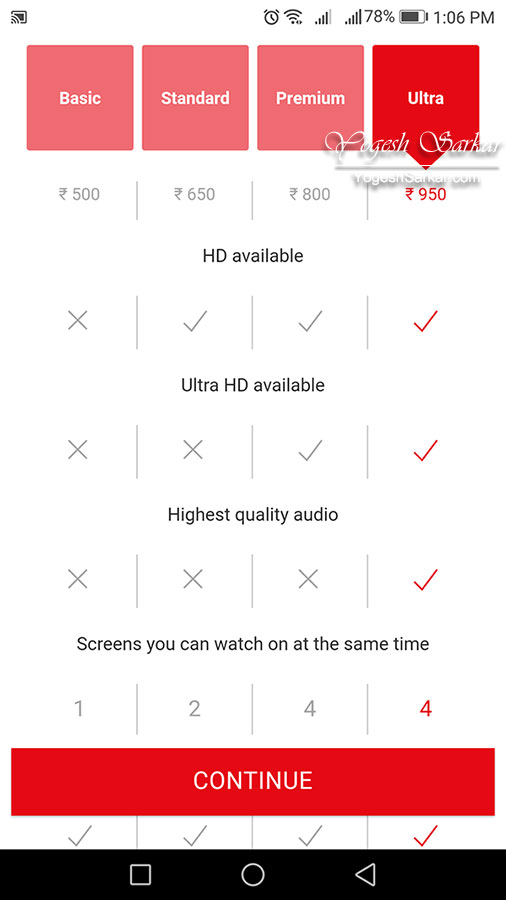 Sadly though, there is no word yet on what this “highest quality audio” means and whether it would lead to Premium plans being downgraded to less quality audio or removal of Dolby ATMOS or similar standards from Premium plan.

But one thing is for sure, this isn’t the way to gain better market share in India and those subscribing to this Ultra plan would be minuscule in number in comparison to other Netflix subscribers.

Maybe Netflix ought to have launched the cheaper mobile only Netflix plan in India, which they have introduced in a few other emerging markets to garner better market share.

Even though I subscribe to Netflix off and on, I doubt I would ever be opting for the Ultra plan, what about you?