Evergreen Café in Kasol is famous. In fact, it is so famous that if you Google cafes in Kasol, it would be at the top of the search results. If you asked someone who had traveled to Kasol they would recommend it to you and if you asked anyone in Kasol about a place to eat, they would wholeheartedly recommend Evergreen Café as well.

Heck, I even have a feeling that if the animals and birds of Kasol could talk, they would recommend Evergreen Café as well.

So understandably when we wanted to have dinner in Kasol, we went to the Evergreen Café.

From the outside, it looked good and even inside, it was Instagram worthy. There was even an outdoor seating area where “smoking was allowed”. 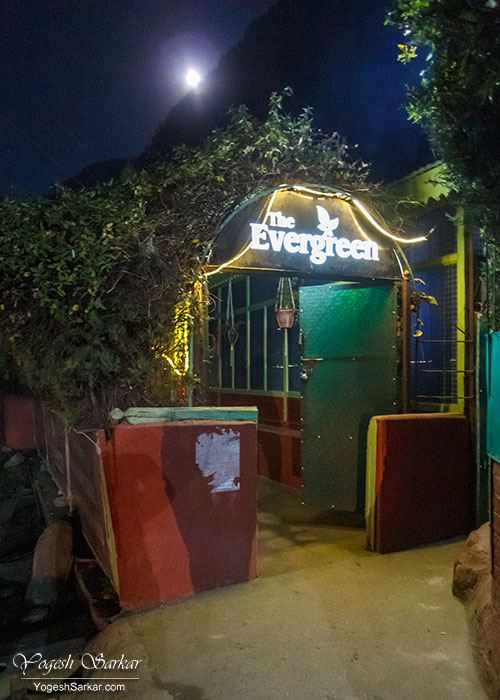 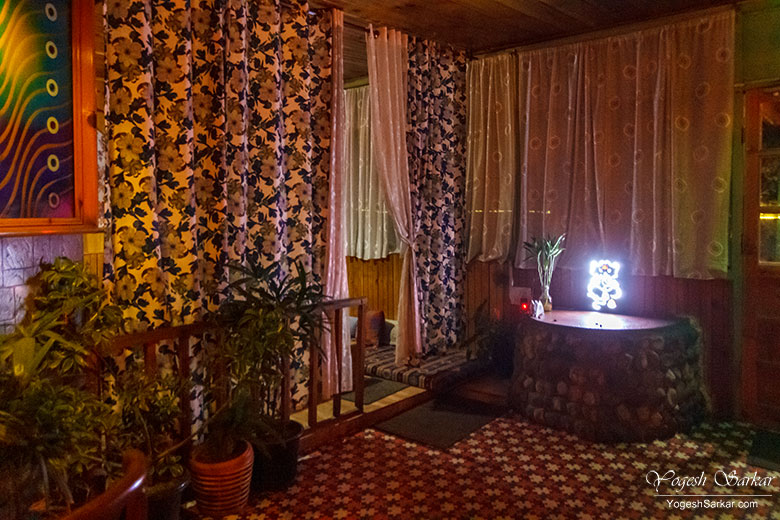 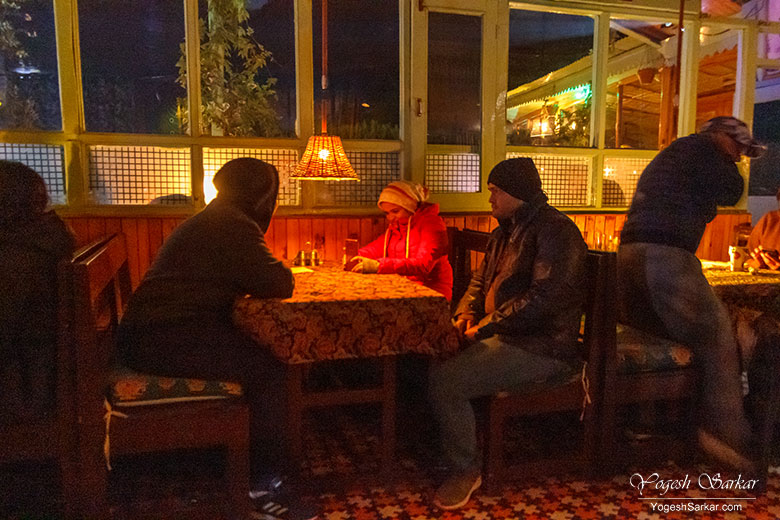 So we too took a seat inside the café and took quite a few selfies. (I know, I know, I need to up my selfie game.) 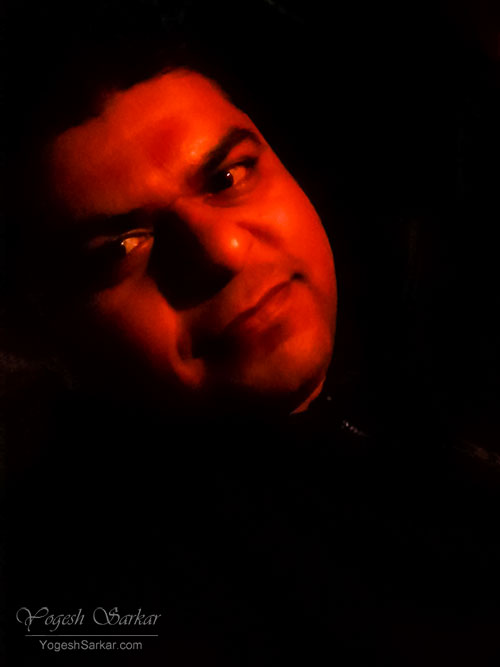 All the while, we waited for the waiter to arrive at the table and the poor soul was busy, running from one place to another, until we finally caught hold of him and placed our order for Hot Chocolate with Nutella, Banana Coconut Smoothie, Milk Coffee, Fresh Lime Soda, Pesto Pasta with Cream (essentially chicken Polo A’La Crema without chicken), Barbeque Veg Pizza and Mix Veg Plate.

Even though the service was extremely slow and food took a long time to arrive, we waited patiently and were quite eager to taste the delicious food we had heard so much about. 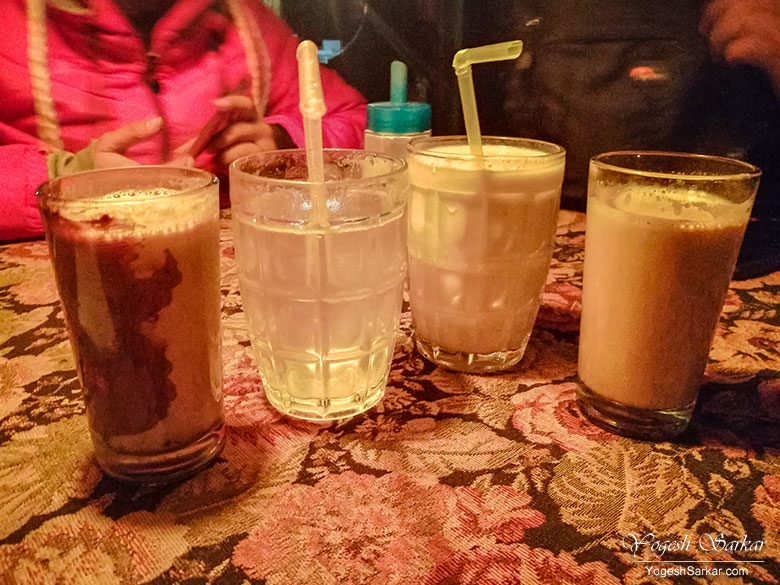 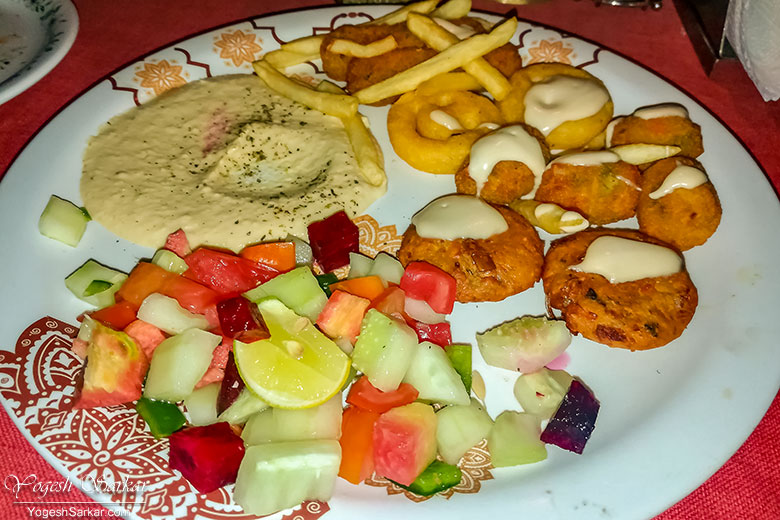 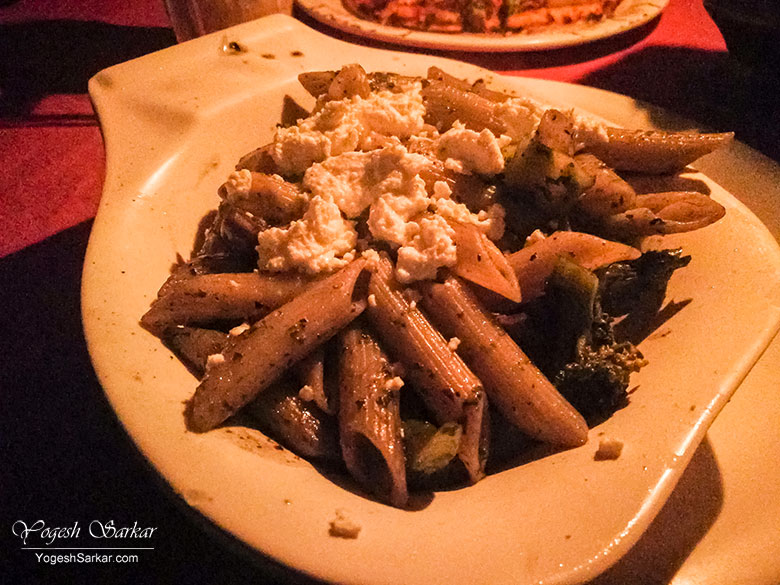 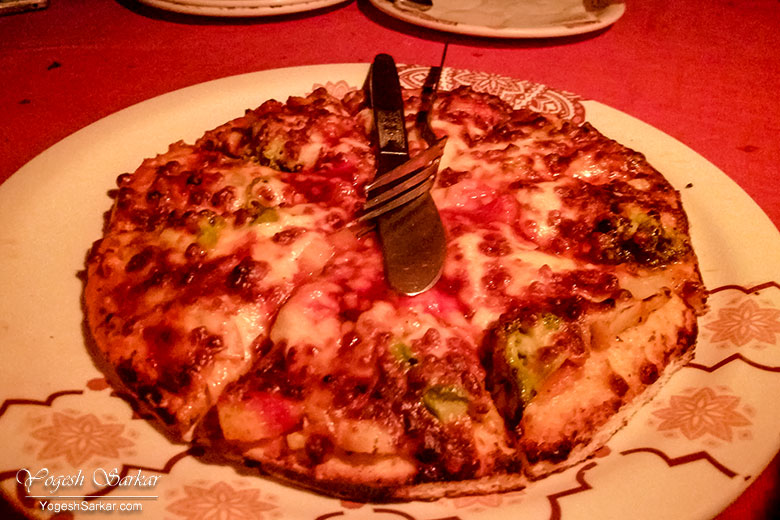 Sadly though, the food was about the worst one could have. Drinks we ordered were almost tasteless or worse, didn’t taste at all good. Pasta was barely hot and palatable, the pizza was somewhat alright and the mix veg plate, well, I have no idea who cooked it, but they screwed up everything in it. And by that, I do mean everything; be it the hummus which tasted like some chutney, the salt-filled falafels, which tasted nothing like falafels, cheese balls which couldn’t hold a candle to even the frozen stuff by McCain, heck even the fries were tasteless!

To add insult to the injury, we had to wait for over 20 minutes at the counter, to get the bill and make the payment!

And after spending Rs. 1,180, we came out hungry and disappointed. Eventually, we went back to Colonel’s Dacha to have dinner consisting of dal, subzi, roti, and rice and that tasted a million times better than the food at Evergreen Café.

A friend later told us that their pancakes are really good, but then also added a disclaimer that he only had those after smoking multiple joints and after that, everything tastes good!

So I am not quite sure if even their pancakes are good.

But one thing I am sure of, Evergreen Café only seemed fine for a few selfies, nothing more, especially if you don’t smoke hash or weed.