Moon Dance Café and German Bakery in Kasol is quite famous, almost as famous as the Evergreen Café, which we didn’t like. So we were a wee bit hesitant in visiting it. However, the promise of delicious Waffles and Crêpes lured us to Moon Dance for our last breakfast in Kasol.

Even though the sun seemed a little harsh, it felt good to sit outdoor in the sun for breakfast. And the service at Moon Dance impressed us as well since it was quite prompt and much faster than at other places in Kasol. 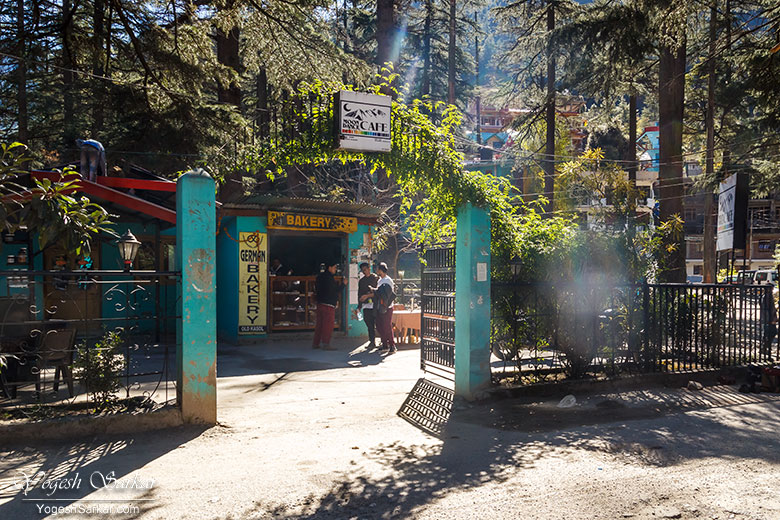 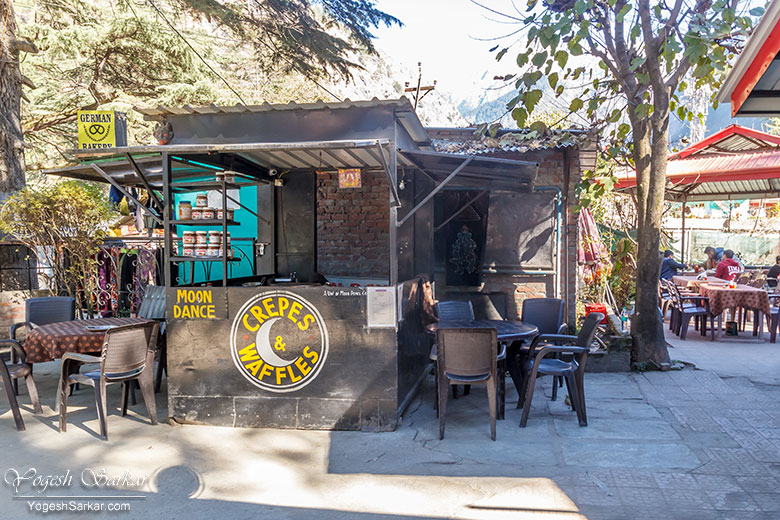 Even though it was morning and only 3-4 tables were full, it didn’t take them too long to serve our food and it looked appetizing. 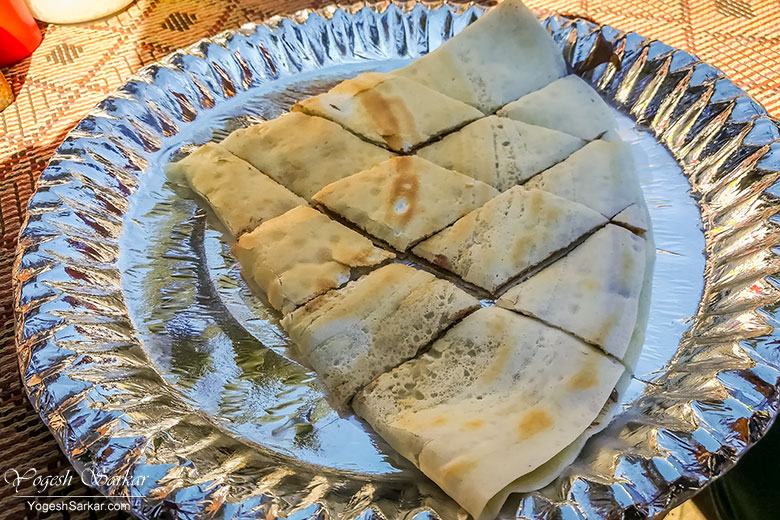 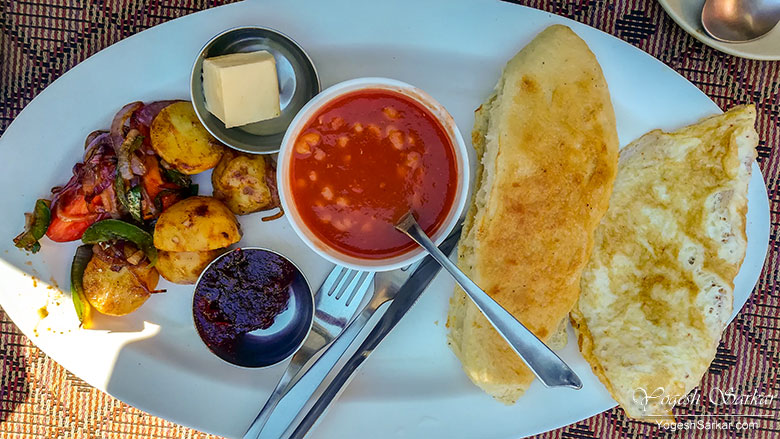 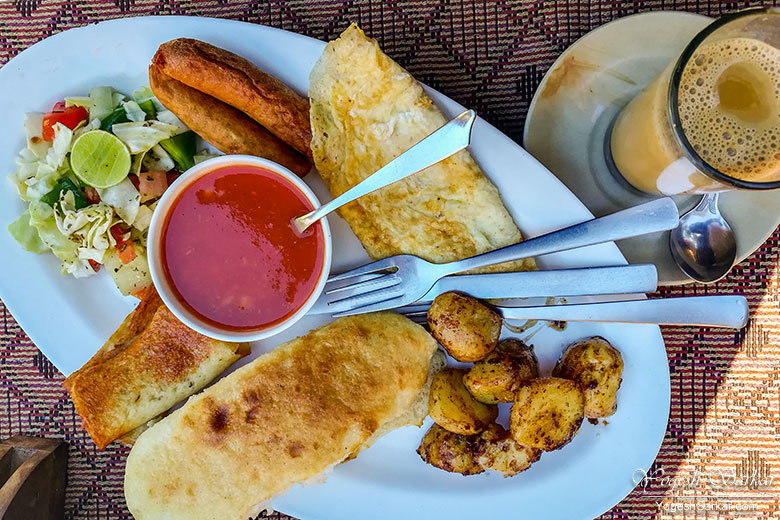 I didn’t really like the Crepe all that much, though to be fair, this was the first time I was having Crepes and didn’t have anything else to compare it with.

Sandwiches were good (feedback from others, I didn’t have them); tea and coffee were good as well, though nothing outstanding.

English breakfast, on the other hand, was delicious and quite fulfilling, with Chicken Sausages being the star of the show with even the salad tasting quite delicious. The only thing I didn’t like was the beans, which were somewhat sweet and not up to my liking.

Overall, the food was quite good at Moon Dance and we were cursing the moment when we had decided to have dinner at Evergreen and hadn’t come here instead. Especially since Moon Dance is located right in the middle of Kasol and the parking lot is right behind it.

The bill for the breakfast came out to be Rs. 1,360 and considering the amount of food we ordered, it seemed alright. I did end up buying a lemon cake from them and ate it later in the day, but it was just about alright and felt a little too oily.