Kasol Camps are one of the numerous camps located near the Parvati River, on the outskirts of Kasol town.

We had to return empty stomach from Tosh since the majority of the cafes and restaurants there were closed due to a local festival celebrating the inauguration of a newly built temple. We initially thought about stopping at Kasol and having our late lunch there, but eventually decided to have it at a restaurant located near the Parvati River.

That is when we chanced upon the Kasol Camps and decided to stop there for lunch. We were also hoping that the food there would be good, considering they had a fairly large and active camp. And the restaurant area, both indoor and out, looked great as well. 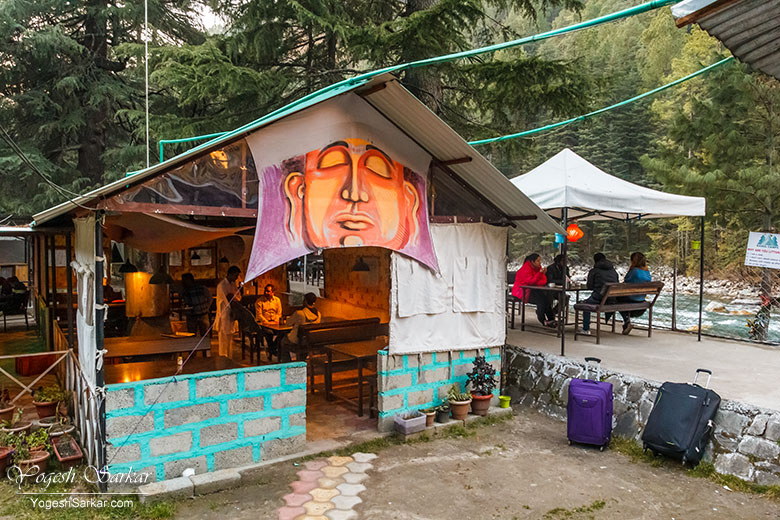 We chose to sit outside, from where the view of Parvati River was easily visible. Though getting down to the river wasn’t easily possible, hence I avoided it. 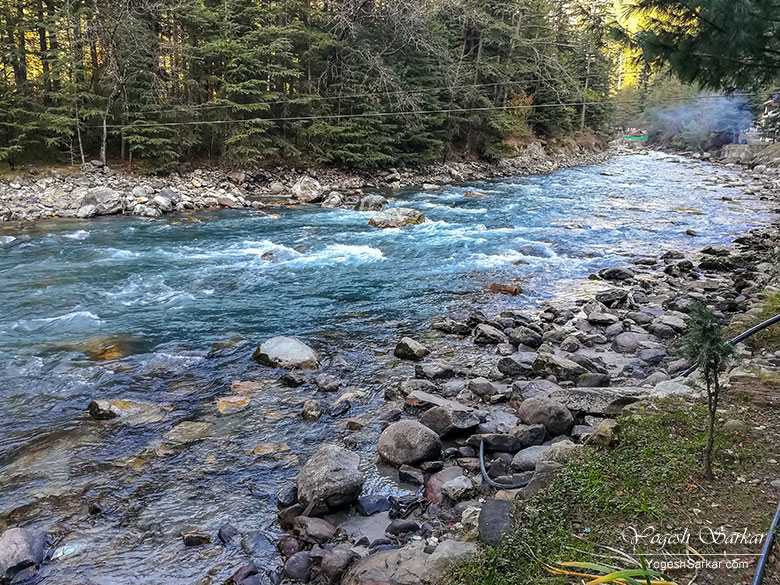 Sadly though, the service was extremely slow and we had to remind the staff a couple of times about our order as they missed part of it. Though to be fair, it looked like only 1 staff member was providing service to everyone.

Tomato Soup was just about alright and the idea of putting normal bread chunks without first baking/frying them quite a dampener to the taste. 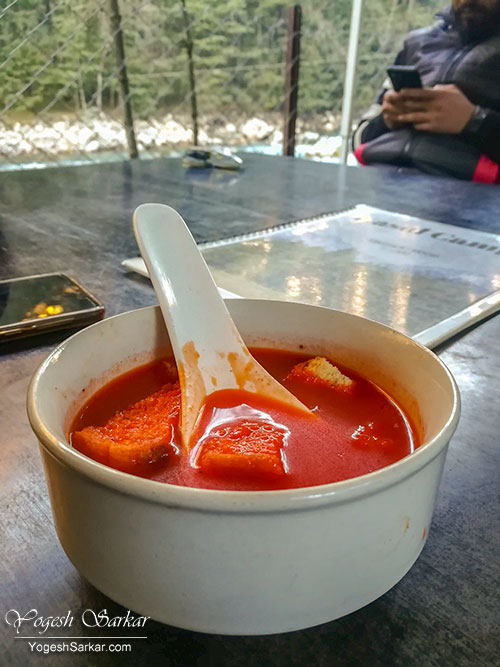 Teas were just about fine and the paneer and dal were mediocre to the say the least and low on salt and masalas. The rotis were just fine. 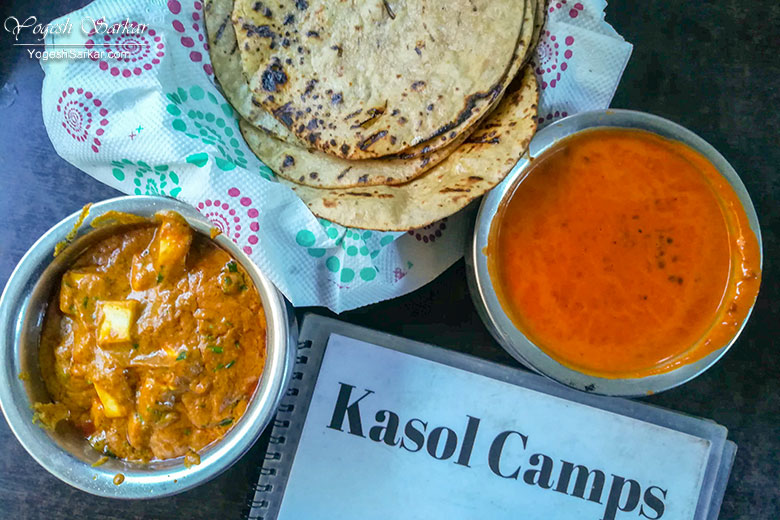 The saving grace was the Chicken Chowmein and even though the noodles appeared soggy, they had put in ample amount of chicken and made it quite spicy. 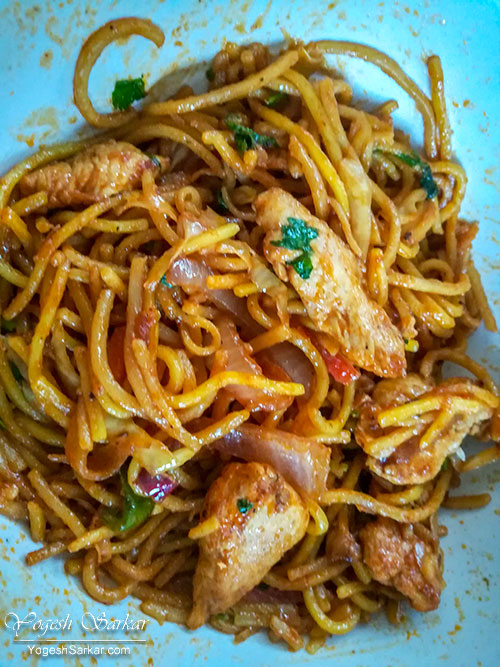 Our bill for lunch came out to be Rs. 1,083, which wasn’t all that expensive. However, the food had been a letdown and so was the extremely slow service.

Having said that, thanks to the restaurant being so close to the river, we really enjoyed our time at Kasol Camps. In fact, that is what their other guests were doing as well and considering liquor could be consumed quite openly there and they even offered sheesha, quite a few people were having a gala time.