There are times when we come across nondescript or even somewhat sketchy looking dhabas on the highway, which turn out to be actually good, as far as food is concerned. That is what happened when we stopped at Khatir Dhaba on the Kharar – Banur Highway (Chandigarh bypass). 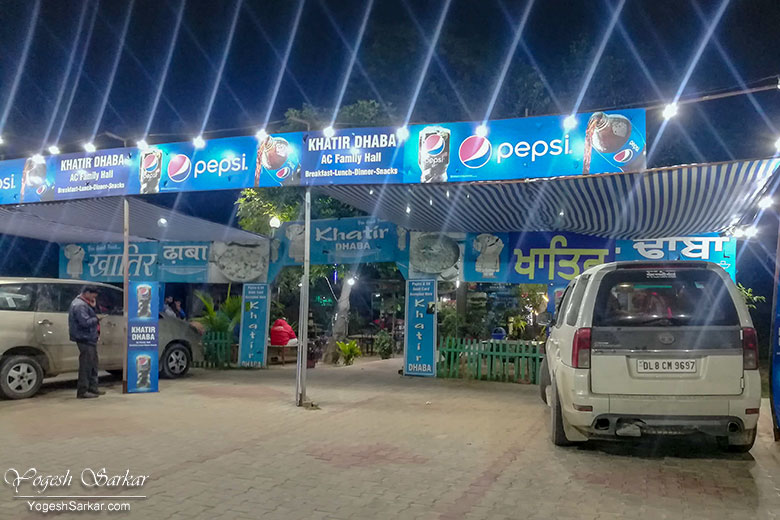 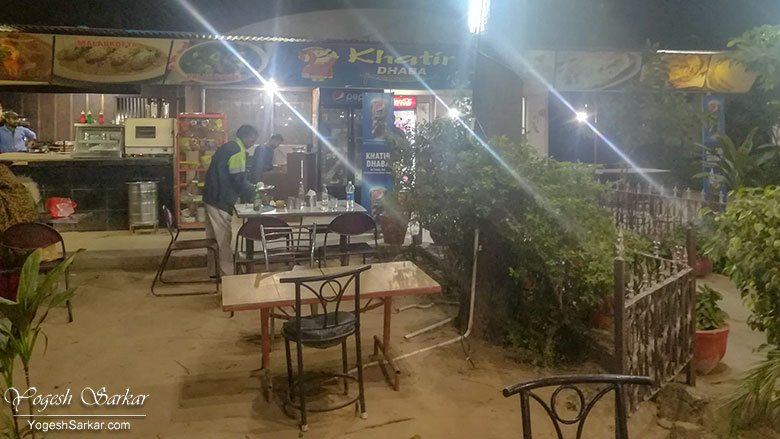 We stopped at the Khatir Dhaba after 10 pm, because our friends in another car had stopped here, though before we could reach the dhaba, they had already left due to some reason. And since all of us were feeling hungry, we thought, what the hell, let’s order something to eat anyways.

Of course, the order consisted of the usual aloo-pyaaz parathas. 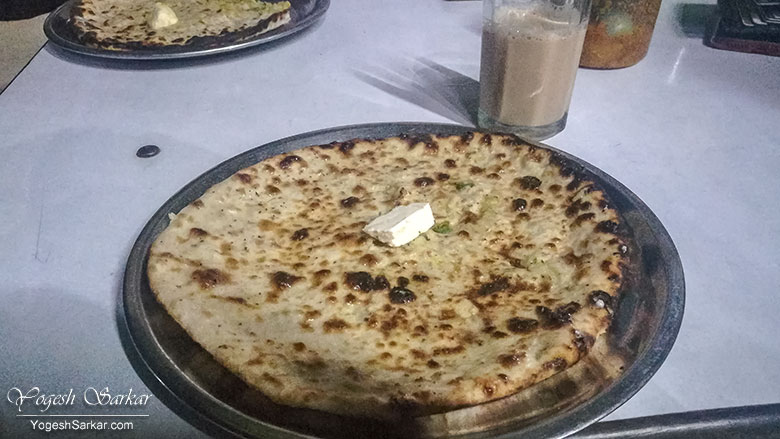 Tea too was quite decent and overall, none of us regretted our stop at the Khatir Dhaba. Though I really wish they do something about the service and make it a lot more friendly and prompt.

Our bill for 5 parathas, a few teas and a couple of cold drinks came out to be Rs. 300, which is on the cheaper side. Here is the link to the location of Khatir Dhaba on Google Maps, https://goo.gl/maps/TjSWtJksKx92.