It has been a few months since I started reading The Idiot by Fyodor Dostoyevsky and I have just managed to finish reading it. During this time, I got bored on more than a few occasions and read other books instead, before returning back to The Idiot.

It is not as if I have not read books written by Fyodor Dostoyevsky; I loved reading Crime and Punishment as well as Brothers Karamazov, even though they too were quite difficult to read. 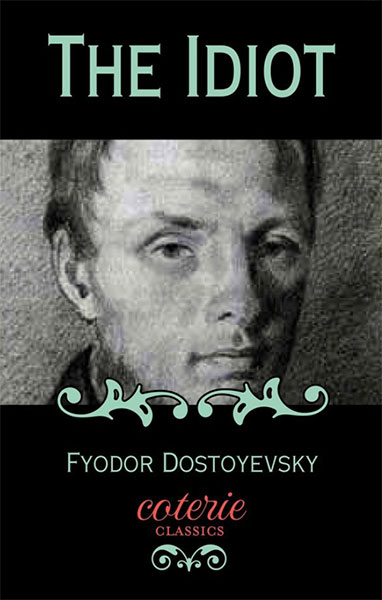 However, there was a sense of mystery in those novels and enough drama to keep you glued to the book, no matter how far Fyodor Dostoevsky ventured away from the main plot.

However, in the case of The Idiot, there is no such thing.

The book revolves around the life of the “Idiot Prince”, Lev Nikolayevich Myshkin.

He returns to Russia after receiving treatment for epilepsy and meets his distant aunt, Lizaveta Prokofyevna, wife of General Epanchin and their daughters. Later in the day, he becomes acquainted with Rogozhin and Nastasya Filippovna, the woman he falls madly in love with.

Thus begins his whirlwind journey of love, finding fortunes and becoming acquainted with the ways of the world and the so-called society, who wants nothing more than to use him for fortunes and then mock him for being an idiot.

Yet, the title of the book does not seem oh-so-appropriate until the very end, when he risks losing everything due to the softness of his heart.

For this and more anecdotes throughout the book, The Idiot is worth reading.

However, the author has shared so much of his own plight in this book in the form of anecdotes and ventures so far away from the plot that at times, it becomes difficult if not nigh impossible to continue reading it.

For that reason alone, I feel, many will lose interest and will never complete it.

For those who do end up finishing it, an interesting ending is in the offering, which is sure to leave you saddened, yet surprised.

On the whole, I did like The Idiot by Fyodor Dostoyevsky, I just wish the author had written it for idiots like me; who find it exceedingly difficult to follow it in its current form.