Cha-Shi is a casual restaurant/café, set in the middle of DLF Emporio Mall in Vasant Kunj.

Since it is located in the middle of the mall, it seems quite open and relaxing, especially if like me, you explore all three mall in one go! 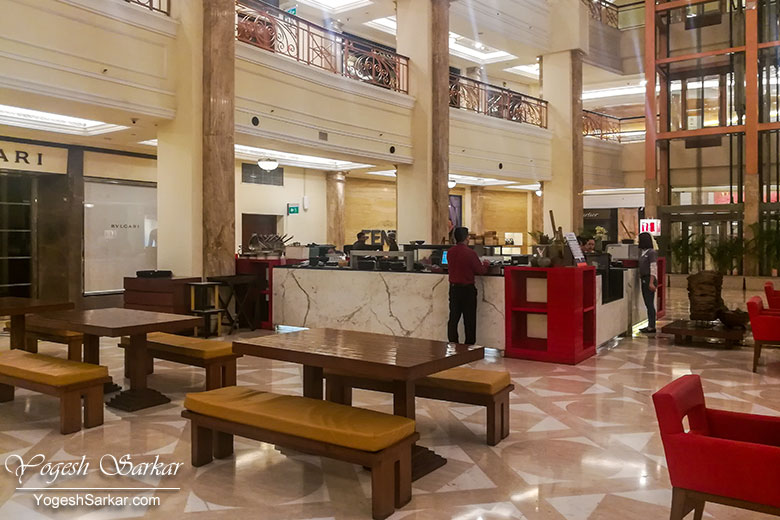 Even though I was already full, when I stopped here, before heading back home, I decided to order an iced tea, a Rose Iced Tea to be precise. My friend on the other hand was interested in trying out their sushi as well, so we ordered 4 pieces of Shitake, Iceberg and Lettuce Sushi.

The Rose Iced was supposed to contain lemon and rose petals, at least as per the menu. Due to that, I felt they could have done a better presentation by garnishing it with a slice of lemon and at least have a few rose petals floating in it. Alas, it was not to be, though it was quite refreshing with just the right amount of sweetness. 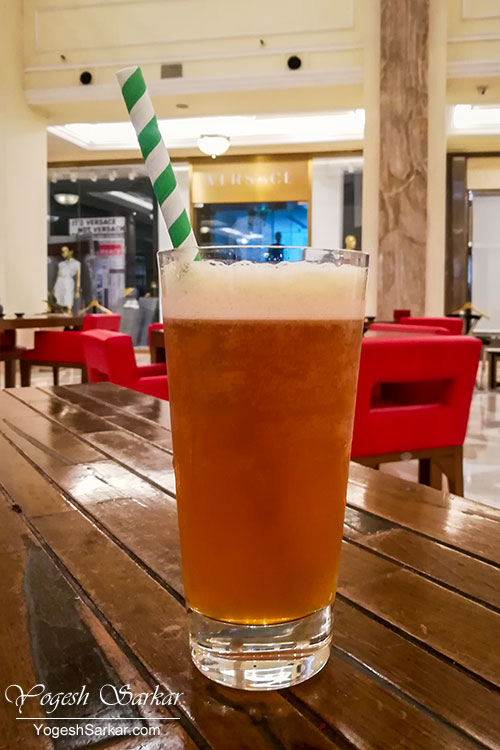 The sushi on the other hand was cold and hard (at least part of it). There was hardly any flavor shitake mushroom, at least not in the same manner as we had at Pa Pa Ya. 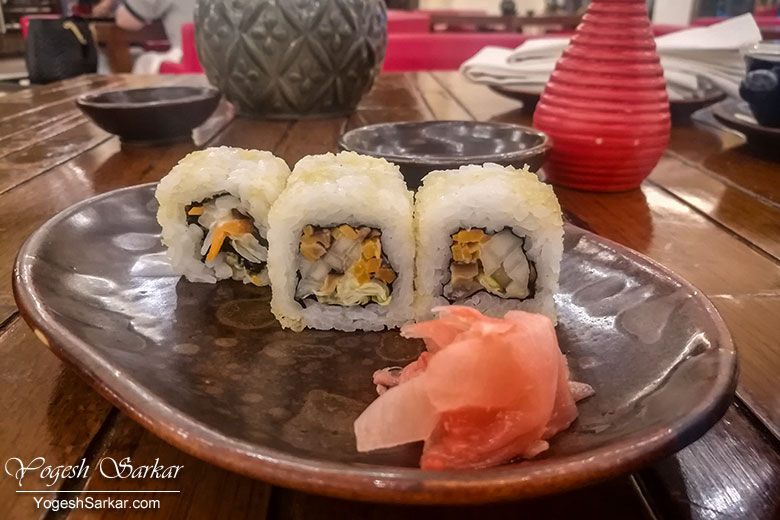 The overall bill for 4 pieces of Sushi and Rose Iced Tea came out to be Rs. 803, including 10% service charge. I found that expensive, considering the quality and taste of the sushi. The service too was a little on the slow side, especially considering there were hardly any patrons around and it was closing time.