The Rule Breakers is the second book I have read, written by Preeti Shenoy. The first one was a 12 page long book, The Nameless Relationship. I had loved it. It was short and crisp, even though it lacked depth of a long novel. 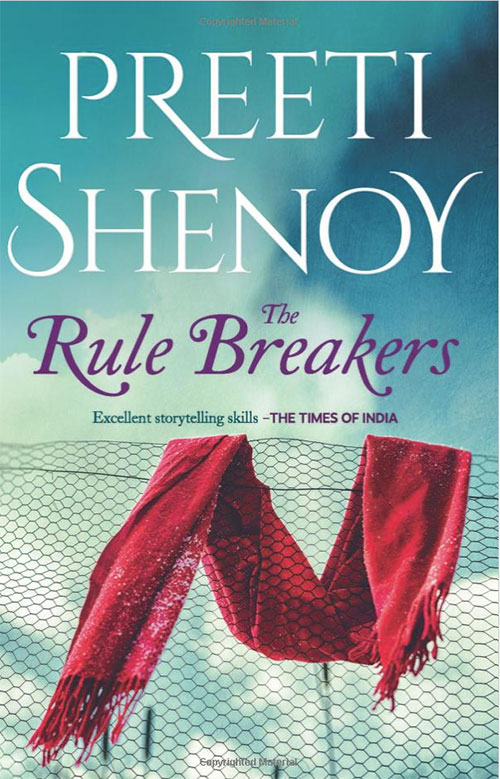 The Rule Breakers, on the other hand, is a standard sized novel and I hoped it would be as good as the Nameless Relationship. However, it was not!

Even though the plot was good, though full of clichés. The story lacked the depth I enjoy reading in a novel.

Veda is the protagonist of the story, a brilliant girl from the town of Joshimath, who dreams of becoming a lecturer. However, her dominating father, rooted in traditions, does not want her to pursue her dreams and gets her married to a man based in Pune, even though Veda is in her final year at the college. Moreover, he tells her in-laws and husband, she has no aspiration to work or study in the future.

What follows is a story gripped with emotional vicissitudes, a cruel and abusive mother-in-law, a kind yet detached husband, hope and drive to make a difference in the lives of underprivileged and a lot of other clichés, which seems to showcase the hypocrite Indian society at its worst and at times, best.

However, the story seems to drag at points and could have been made interesting, without the need to add the Bollywood twists, towards the end of the novel.

Moreover, I found the language and grammar to be mediocre, a stark contrast from the Nameless Relationship.

I feel this book makes sense, if you are stuck in a similar rut and hence can identify with the characters and situations. Otherwise, it seems like a hurriedly put together story, comprising of the issues that affect the Indian society and can garner discussions from the intellectuals.

I found The Rule Breakers to be a shadow of what it could have been, had the author managed to go in-depth with the plot.