Old Manali is famous for its cafes, thanks to foreigners and in particular, Israelis thronging to it, once upon a time. However, since there numerous cafes in Old Manali, it makes the task of finding a good one, more difficult. Especially if you have paucity of time and can only visit one.

Therefore, I turned to BCMTouring WhatsApp Group, after landing at Manali and asked for recommendations.

Café 1947 was one of the cafes recommended by fellow BCMTians and a quick Google search by RD revealed, the interiors of the café looked great and it had good reviews overall. 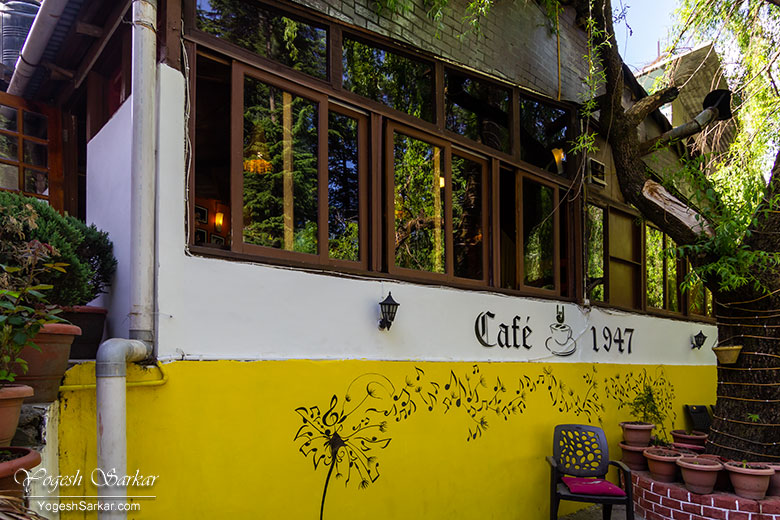 After visiting Manu Temple, we walked to the Café 1947 and were pleasantly surprised by the chilled out vibe inside and beautiful seating area outside, near the stream. 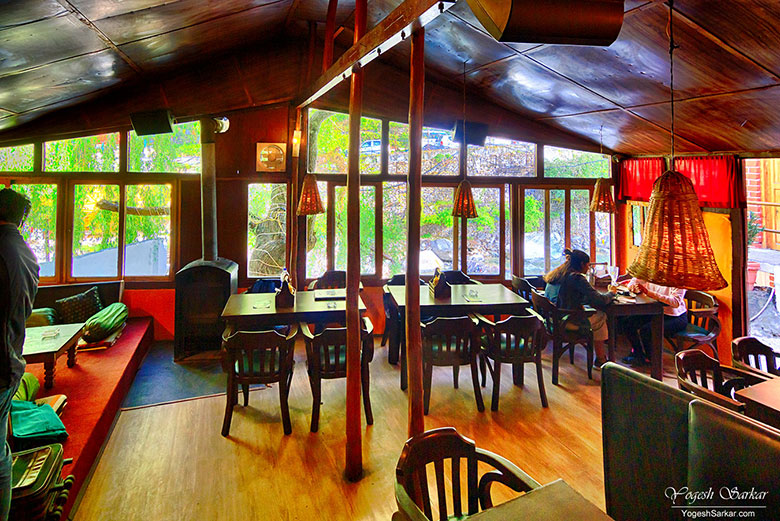 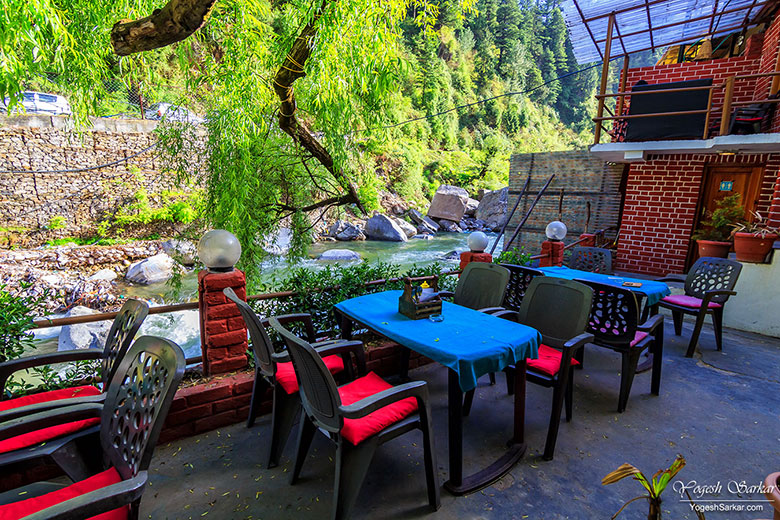 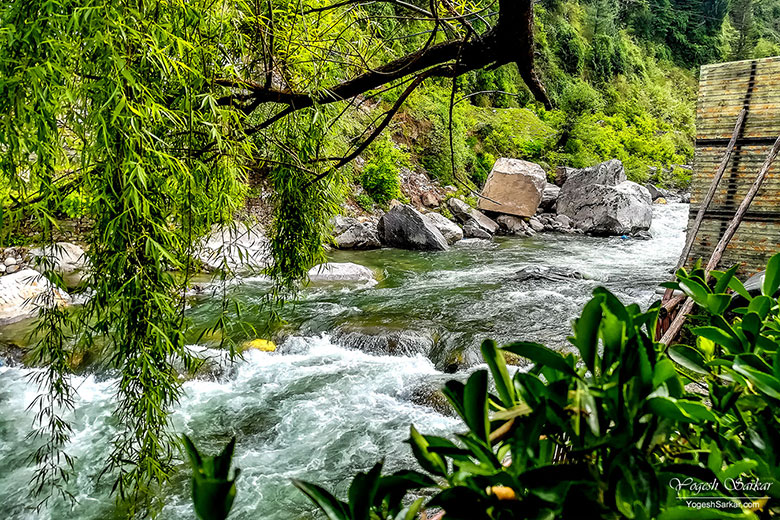 No point for guessing, we chose to sit outdoor. However, we changed table twice, since the first couple of tables were under the sun, once the cloud cover parted.

The service was prompt and courteous, a class above what one would expect in a café.

We ordered Cold Coffee and The Hulk. 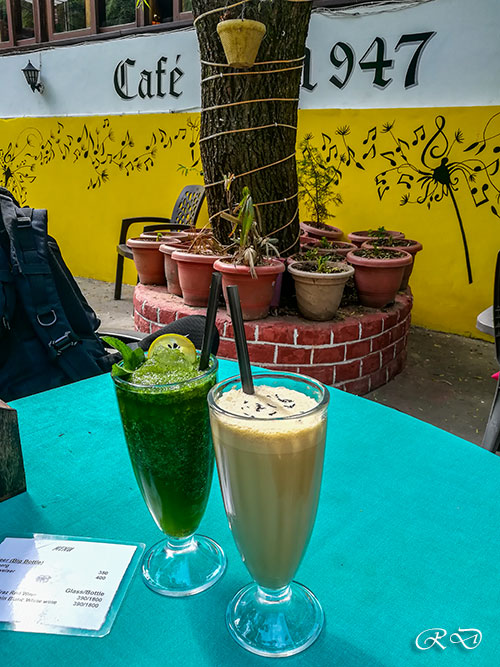 The Hulk on the other hand was delicious and refreshing. It was made of lemon juice, mint leaves and honey, mixed with crushed ice.

The veg broccoli and cheese lasagne was good, though I would have liked more cheese in it. There was a distinct sharp flavor of broccoli, which I had not noticed anywhere else. 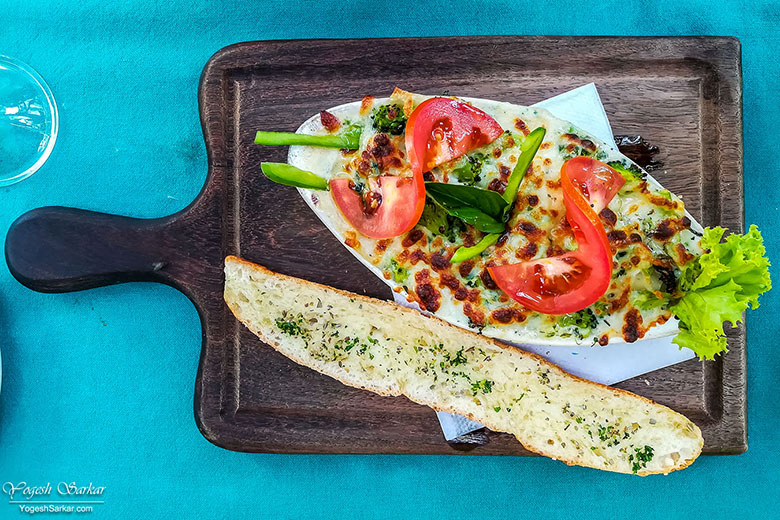 The Red Hot Chili Pepper Pizza turned out to be okish at best, since it felt bland. I would have liked more flavors and a bit more salt, which I ended up adding to it, later on. 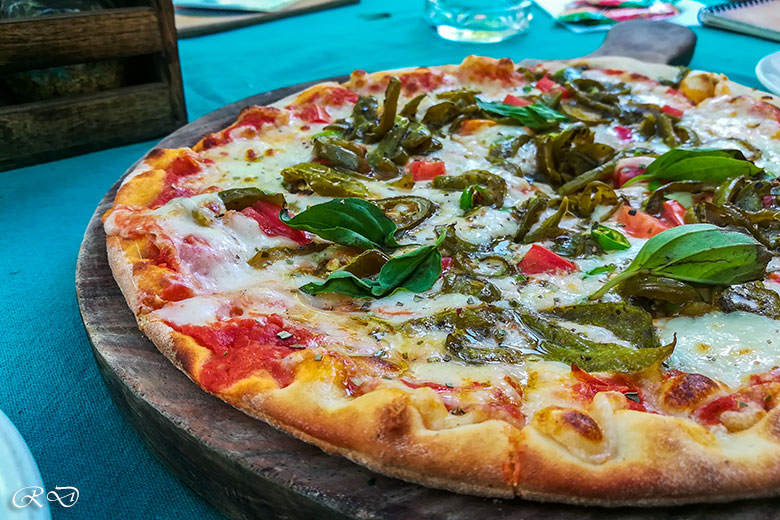 Our bill for the above, plus a bottle of water came out to be Rs. 1092, including 5% service charge.

For the time we spent at the café, it was well worth it and even the drinks were excellent. Food could had been a little better. However, for the most part, it was fine as well.

Overall, I found Café 1947 to be a great place to hang out, especially if you are looking to kill time, before the bus back to Delhi.