Garam Dharam is a restaurant inspired by the iconic Bollywood hero, Dharmendra. It has multiple branches, including one at the Sector 18, Noida, right next to Haldiram.

On Sunday, I went there for dinner and the first thing that impressed me was the décor of the restaurant. 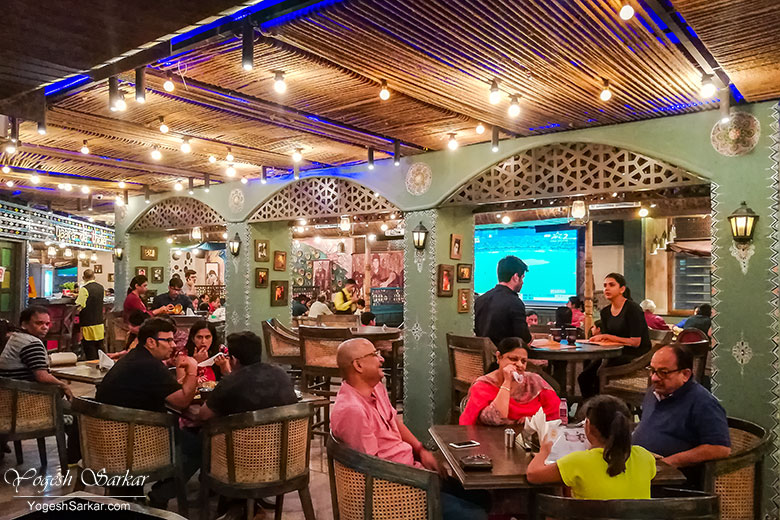 It has the look and feel of a dhaba, with unique tidbits and of course, memorabilia dedicated to Dharmendra. 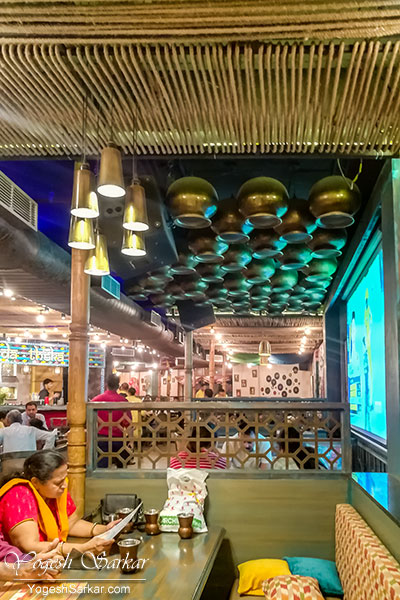 The menu too has some of the names inspired by the movies of Dharmendra, like Verru Di Ghutti, Parimal Pan Gulabo, Pyare Mohan Masala Nimbu etc..

Masala Nimbu Drinks turned out to be different from usual masala lemon soda, since the masala used had a different yet strong flavor. It can be a hit or miss based on your taste buds. I found it to be alright, but tad too strong for my liking. 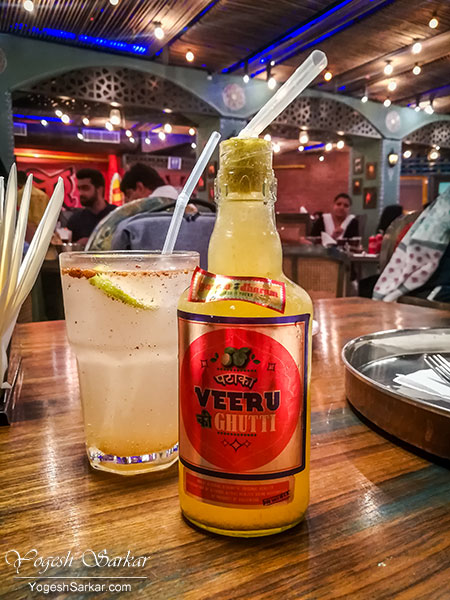 Veeru Di Ghutti was made of Sadalwood, Cardamom and Kaffir Lime. Flavor of kaffir lime was subtle and mostly present in the after taste, while cardamom overpowered everything else. Having said that, it was different in a good way. Sadly, though, for Rs. 225 + service charge and tax, the quantity was quite less.

Subz ki Seekh turned out to be quite good and although flavors were subtle, when eaten along with green chutney and onions dipped in mustard oil and red chili, it tasted great. In fact, I liked the onions served along with it quite a lot, thanks to the strong taste of mustard, which made the subz ki seekh taste better than it was. 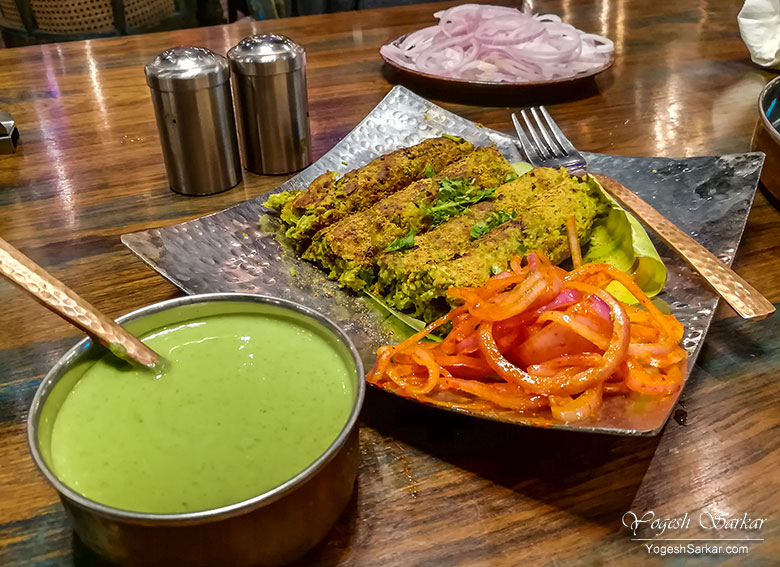 Paneer Tikka Butter Masala was well cooked and had subtle, yet good taste. Nothing seems to overpower anything else in the curry and even though initially the quantity seemed less, it proved to be just about enough for the two of us. However, your mileage might vary. 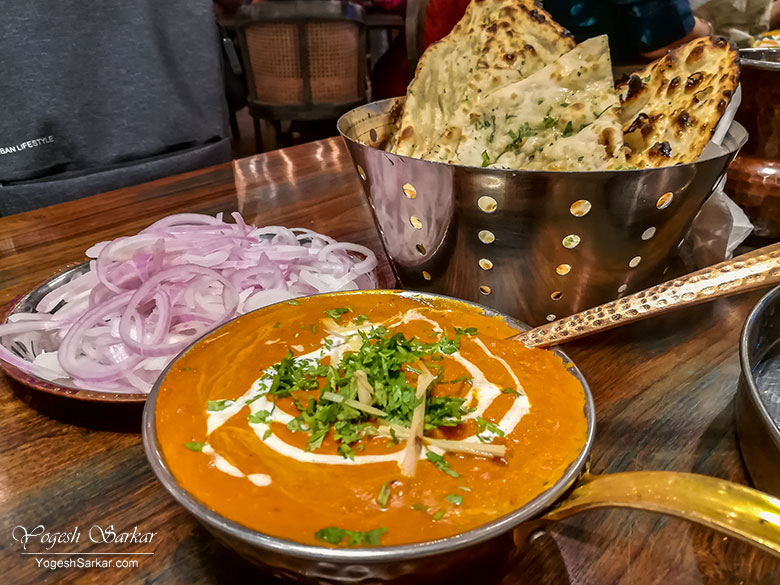 Garlic Naan were well cooked and were amongst the best naans I have had till date. However, flavor of garlic was subtle enough for me to categories them as butter naan, rather than garlic naan.

Overall, the food was great and so was the ambiance. Even though it is a large restaurant, people were still waiting outside and yet, it did not seem loud, even though there were so many people and music was playing as well. I guess they have made good use of sound damping materials to ensure this and this is something I really appreciated.

The only chink in their armor was the service, which seemed to be in a lot of hurry. I can understand that they had to serve a crowded restaurant that night and were probably under pressure. However, it could still be managed better and there is scope for improvement.

The bill for Masala Nimbu Drinks, Veeru Di Ghutti, Subz ki Seekh, Paneer Tikka Masala along with a couple of Garlic Naans came out to be Rs. 1,421, inclusive of 10% service charge and GST. It is not exactly expensive, but considering the quantity, it felt more expensive than it should have been.