The Drunken Botanist, the name itself sounds intriguing, little wonder then; I had been planning and hoping to visit it, ever since it opened in DLF Cyber Hub. However, as luck would have it, I managed to visit it only a couple of weeks ago and then again, a couple of days back. Here is my review, based on my experience from both the visits. 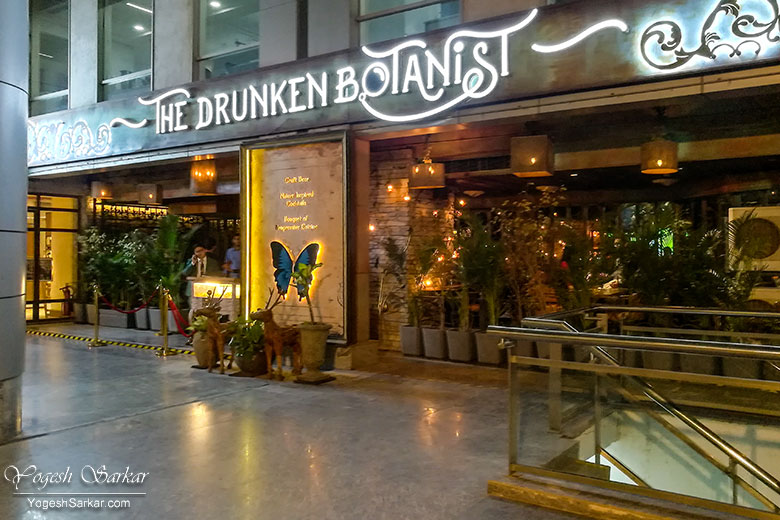 DLF Cyber Hub has no dearth of good restaurants and pubs, not even microbreweries. Therefore, in order for a new one to be successful, it needs much more than just good food and beer. It also needs a unique and attractive ambiance and The Drunken Botanist scores high in that. 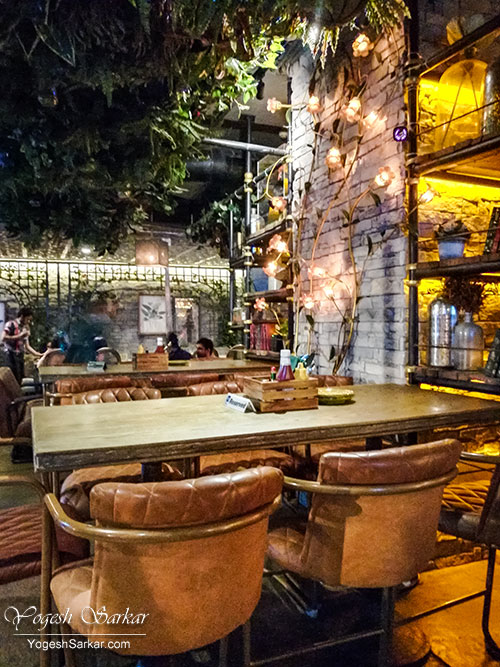 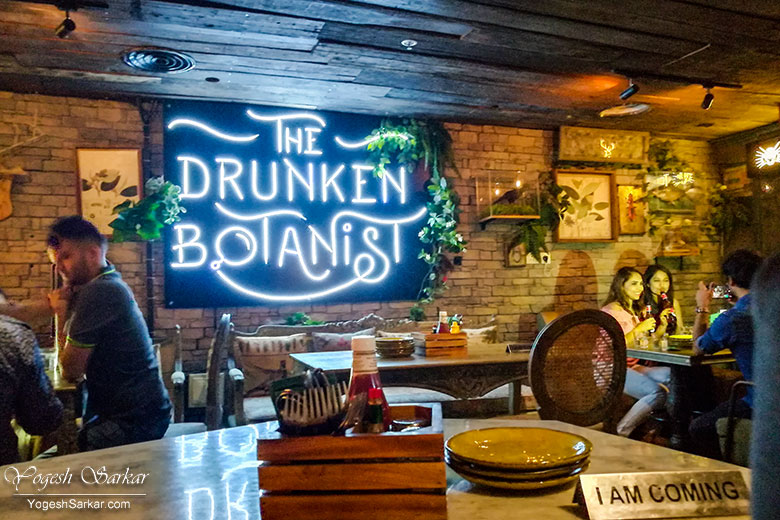 However, I would have liked more comfortable high chairs than the ones they have right now. Moreover, while the music was just about fine on Saturday night before the DJ came in, afterwards the quality tanked. Music on Tuesday night was better in comparison and the sound system is good as well and does not hurt ears, despite being loud. Those looking for dinner over conversation would be better off sitting outdoor.

Service is fast and prompt. Though warmth/zeal can be lacking at times, especially on a busy Saturday night, when I visited it for the first time. Still it is not bad, though, not the best either.

Beetroot Gnocchi turned out to be different from what we, well, my friend had expected. Having said that, the Beetroot Gnocchi was crisp and delicious, though the parmesan foam was not enough as per my taste and thus could not be fully enjoyed with the Gnocchi. 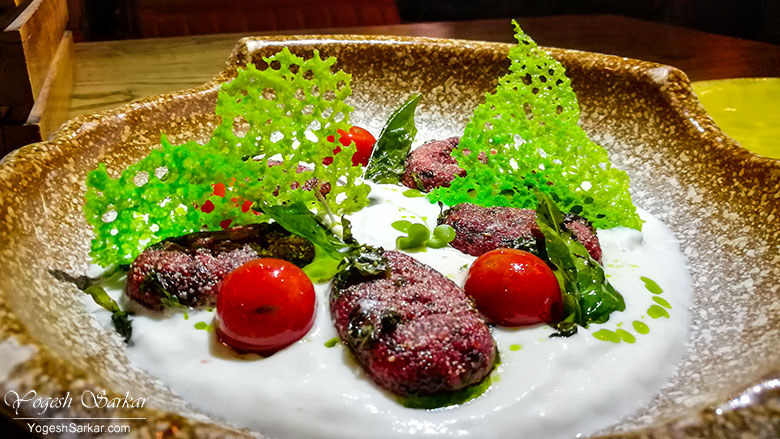 Mini Bunny Chow is essentially buns stuffed with Dal Makhani and I never thought they would taste as good as they did! Hats off to the chef for making buns soft enough and Dal Makhani delicious enough to almost melt in the mouth with just the right amount of flavors. The choice of sweetened apple as chutney could best be termed controversial and for the most part, remained untouched in our plate. 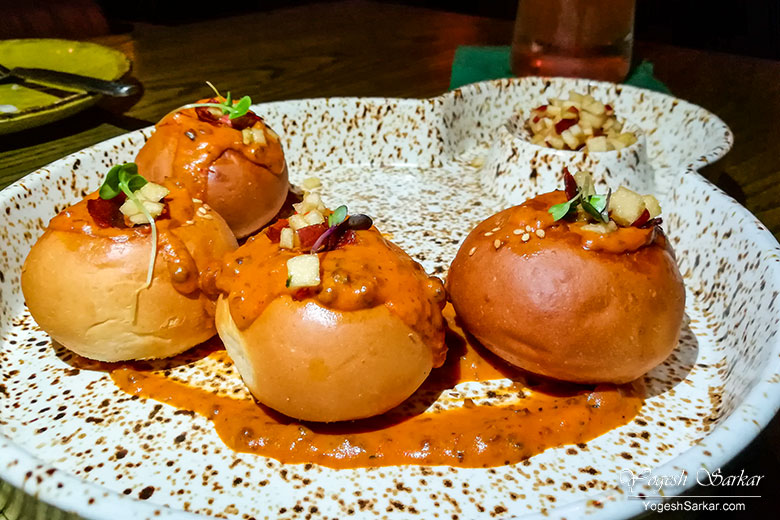 For the price, the food portion seemed a little on the small size. So make sure to keep that in mind, while ordering.

The Drunken Botanist has a microbrewery and apart from the usual flavors (Witty Guy Weissbier, Moves Like Lager, Dark Stout Rises, Single Ale and Atomic Blonde), they have seasonal flavors as well and when we visited them, they even had a mango flavored beer!

Beer tasters are free, so we tasted six types of beer. However, the choice of bringing them in a large glass and that too with at least two of the six beers warm, was not good. Tasting glasses or goblets would have been a better fit instead. 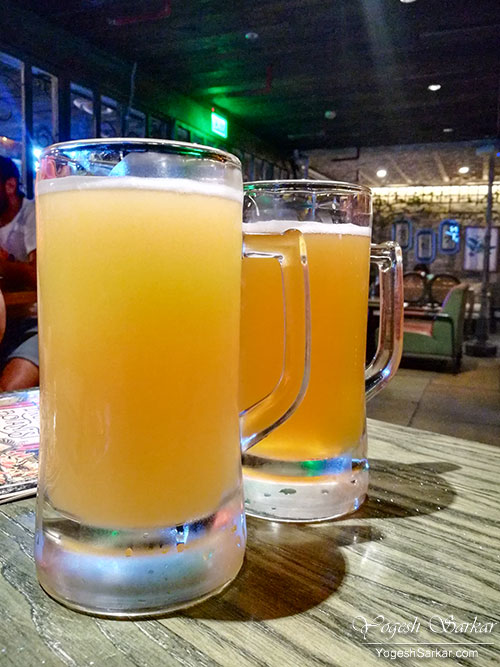 We also ordered a Botanist LIIT, which was delicious and refreshing, though it had a bit too much ice for my liking. 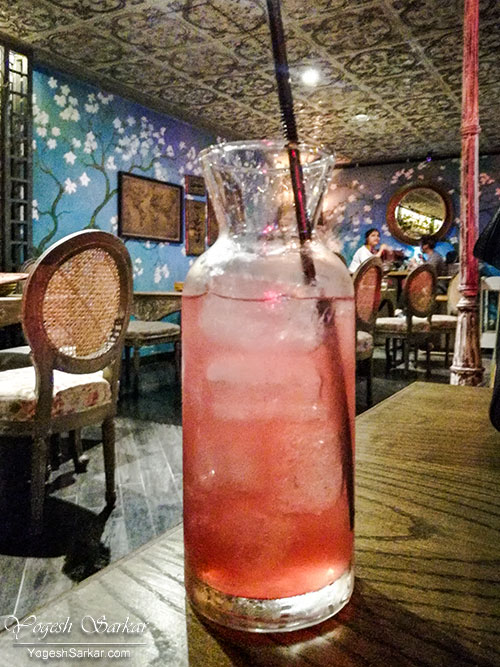 In the end, we ended up paying Rs. 3,474 (inclusive of taxes and 10% service charge) for Beetroot Gnocchi, Mini Bunny Chow, 3 mugs of Witty Guy Weissbier, 2 mugs of Moves Like Lager and a Botanist LIIT. We could have saved some money, had we ordered pitchers of beer instead (Rs. 285 for 500ml mug and Rs. 840 for 1500 ml pitcher).

Overall, I found The Drunken Botanist to be a great place for their house brew and chilling out at the end of the day with some good music and I would likely be revisiting them in future, though mainly for their delicious Witty Guy Weissbier.