I love to try out new restaurants, especially if they have good music coming out of them. Pra Pra Prank is one such place, which had been on my radar for a while now. Last night, I decided to try it out and see how good/bad it was.

Walking in, I had high hopes for Pra Pra Prank. It looked impressive enough from the outside and even the interior décor was good. 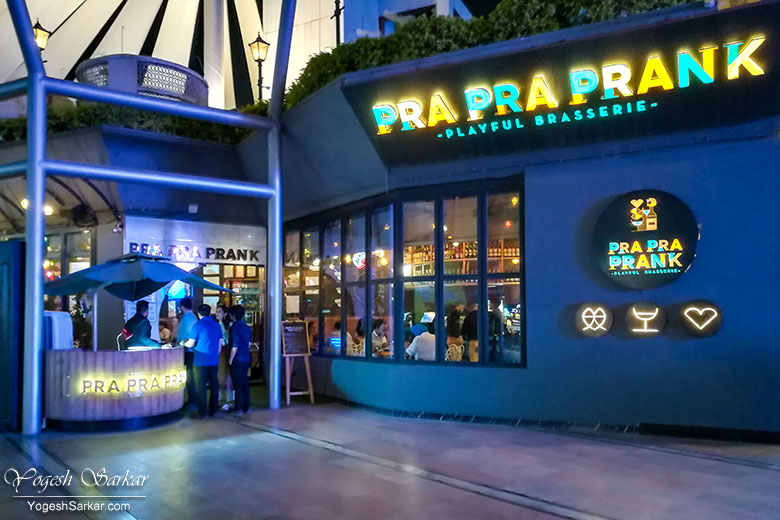 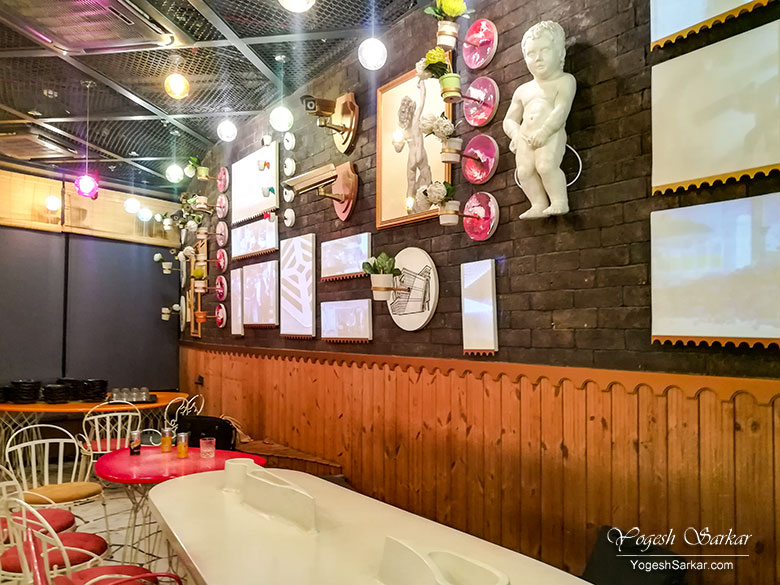 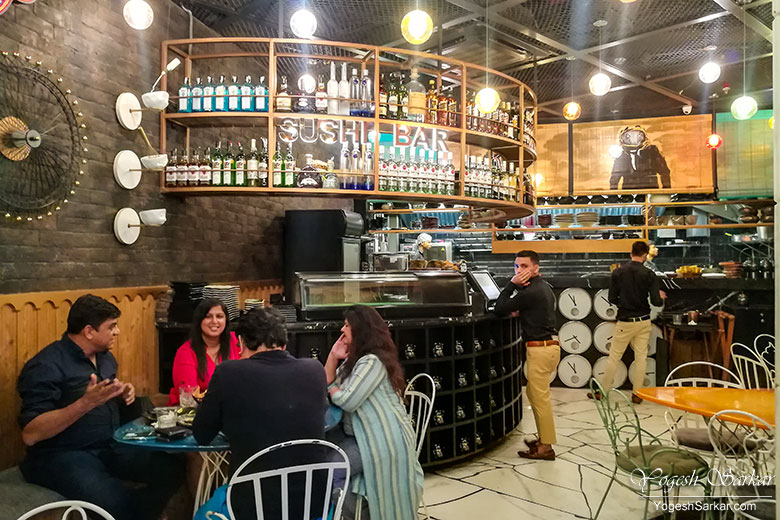 Sadly, though, initially we had to sit outdoor, since all the tables indoor were full.

Sadder still, this where most of the good experience ended.

Outdoor it was windy due to coolers and still hot. Inside, it was too loud, not due to music, rather due to lack of sound absorption material, which made the noise from the other table louder than the music coming from the dance floor (dance floor was behind a door and that stopped most of the sound). Add to that, there only a single cramped unisex washroom.

Service too was slow and clueless at times. They had no clue about the starters in Nearby deal I had and I had to go as per the menu available online at Nearby. Moreover, when I asked for the next beer, they bought a new one, but left the empty bottle on the table, until I explicitly told them to remove it.

Coming to food, if you are taking the nearby deal and are a vegetarian, then there are limited options. I ended up ordering kulchey choley doughnut, which looked and tasted more like pakoda filled with choley than doughnut. Having said that, taste was good and the chutney, even tastier. Sadly, though, a plate of kulchey choley doughnut only contained 3 pieces. 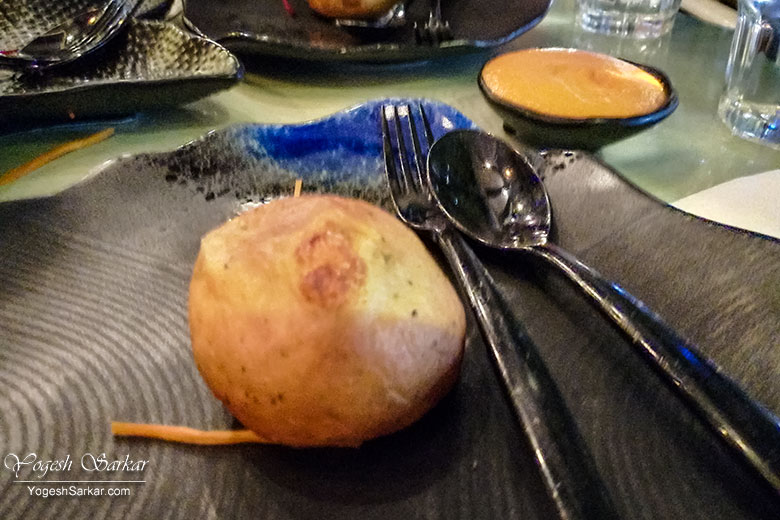 Worst awaited when it came to drinks.

Initially I was told Budweiser is not available in bottle and they had drought available, I agreed to that and they served Budweiser drought with ice in the glass! 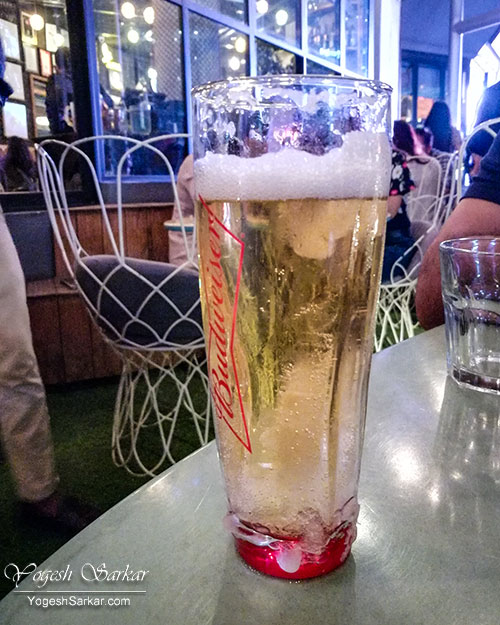 After this when I insisted on being served either Budweiser or equivalent bottled beer, suddenly Budweiser pints were available and considering how chilled they were, it did not seem like they had been put in freezer moments ago.

Having said that, I would like to give them a benefit of doubt and it could be, their server did not spot these bottles earlier. Whatever the case might be, it left a bad impression on me.

Overall, my experience at Pra Pra Prank was mediocre at best, even though the food was tasty and I liked the decor. Service as well as other aspects of the restaurant needs to be improved and for the price I paid, I could have gotten a more satisfying deal elsewhere.