It has been almost a couple of years, since I last visited Quaff Microbrewery, so on Wednesday, a day after I visited The Drunken Botanist for the second time, I decided to revisit Quaff. I wanted to compare the taste of house beer of both the breweries and see how they fare against each other. 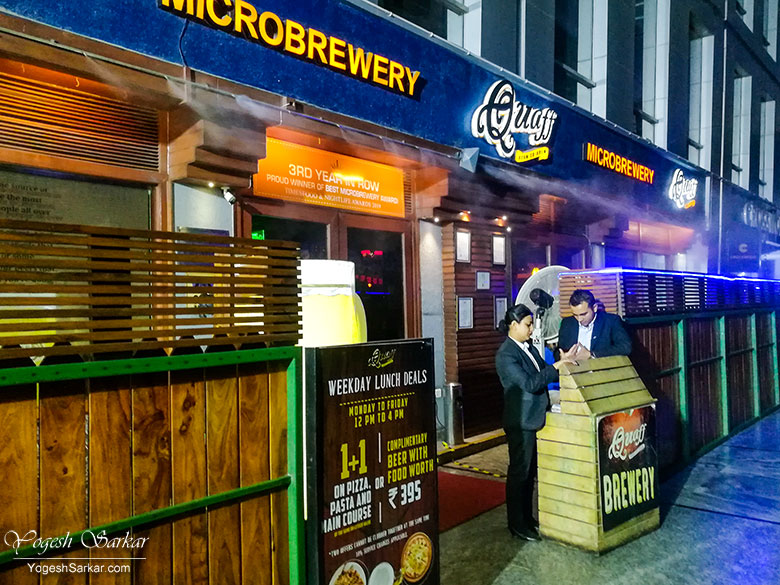 The first thing that you encounter and feel good about, by coming to Quaff is the service and staff. I really wish rest of the pubs and restaurants can learn a thing or two from Quaff.

The décor is good as well and the ambiance friendly, though it does not stand out as much as some of the other places in Cyber Hub. 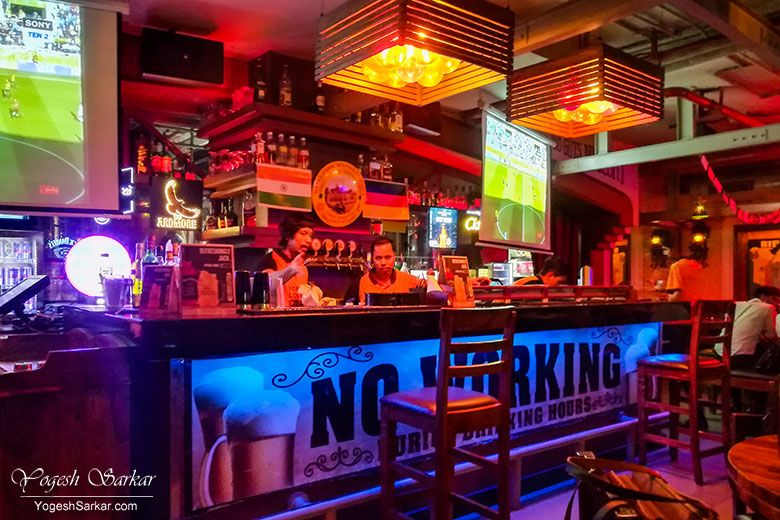 However, what is not good is the sound system. It is treble biased and can easily cause listening fatigue. Even though it is not the worst sound system I have heard at a pub, it is bad. Thankfully though, one request to the DJ and he reduced the treble quite bit to make the music bearable.

Beer tasters were brought in goblets and thus looked better presentation wise and all the beer were chilled to taste good. 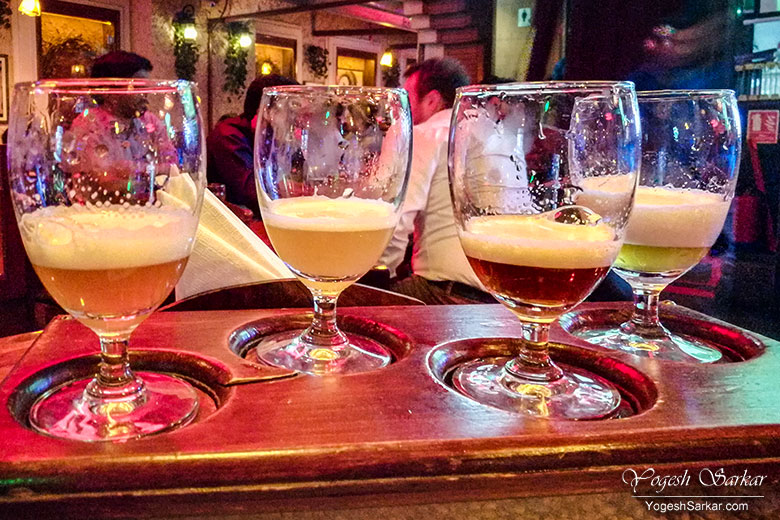 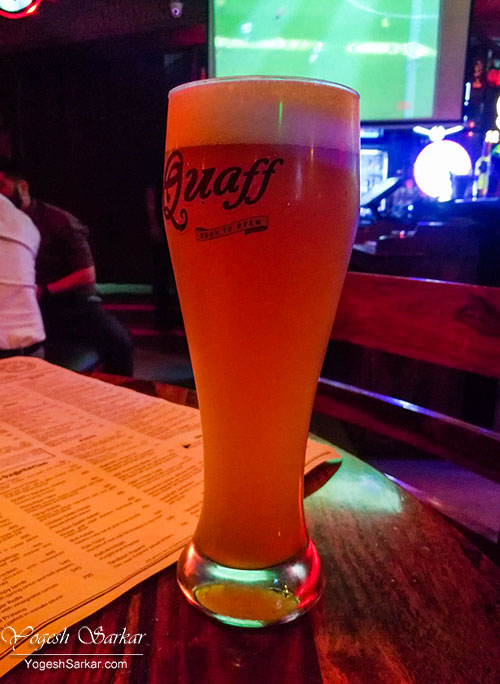 In case of food, I ordered Quaff’s Signature Chicken, which is cooked in eggs and sort of hot and sweet sauce to give it a crunchy and delicious taste. I not only loved the taste and the presentation, but also the quantity of it. It was decent enough for a couple of people. 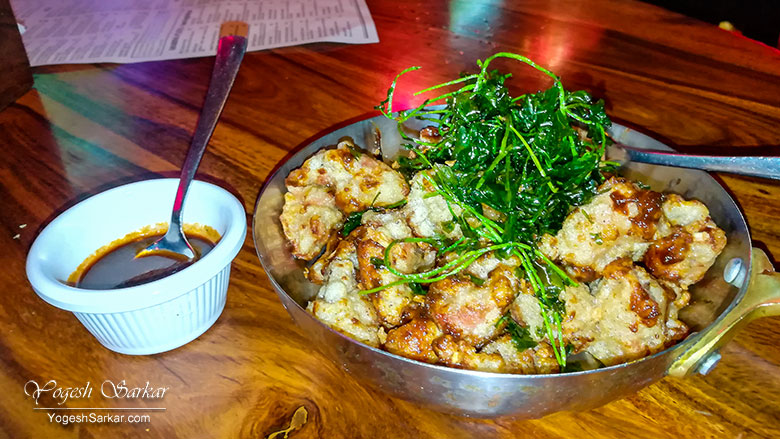 Since I had gotten a deal from the Nearby, I ended up paying Rs. 1099 for 1.5L of beer and a starter, which turned out to be good enough for a couple.

Overall, I really liked Quaff and would likely be going back there again. Having said that, I hope they improve the taste of their house beer and get a better music system in place, it would make them one of the best places to chill out in the Cyber Hub.