From this month, I am beginning a new segment on this blog called State of The Sarkar, essentially it would be a blogpost containing my thoughts, plans, ramblings and in general what I have been upto in the past month. I will be posting this at the beginning of each month. Sort of like State of The Union, but pertaining only to me and monthly.

So let us start with the first one.

May has been quite an interesting month, though in some ways it can be best described a month of turmoil. However, I feel interesting sounds much better and it has not been all negative, so I am going to roll with that.

On the personal front, I have been dealing with a lot. The storm that began in April has only darkened in May and has made me question just about everything in my life, including the moral values I have held so dear to me, until now. Truth be told, I am disappointed. With far too many things than I would care to admit or talk to anyone about. 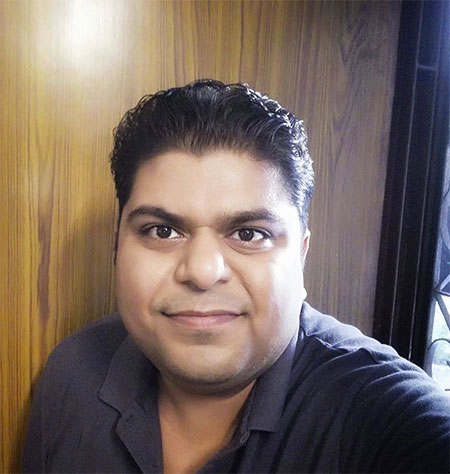 Sad reality of it all is I have begun to feel that we as society have failed a long time ago. We have decayed past the point of no return and we are still getting worse. Hell bent on pretending nothing is wrong and continuing with the hypocrisy we call our way of life.

To make matters worse, we can longer withstand things, people and systems, which are not broken and see them either as disingenuous or a threat to us.

On the plus side, I have managed to lose weight, a lot of weight. For past couple of years or so, I have been gaining quite a bit of weight, especially after my Asthma Attack, which confined me to bed for a couple of months.

Three years ago, I was 95.5 kg, after losing close to 50 kg in past few years. This was my lowest weight, since I turned an adult.

However, during the course of these three years, my weight had shot up by 32 kg to 127.8 kg in April. Thankfully, though, I have come down to 120.2 today. Even though I have a long way to go, before I will be satisfied with my health, it is a good start and I would be a fool not to acknowledge it such.

I have also been reading quite a bit and managed to not only finish the first book of Game of Thrones; I am also half way through the second one, The Clash of Kings, hoping to finish it soon.

The books have turned out to be much better than the series, not only in-depth, but also in the progression of the story and the layers of it. So if you are a Game of Thrones fan like me, get the Complete Set of Game of Thrones as I did and star reading.

Another good news is, I have begun the research phase of a book I thought about writing, a little over three years ago, but never did, because it has to have a base in reality, I have not dealt with so far. Yet, I am trying to find and comprehend now. So in case you are married and do not mind sharing the gory details that eventually be turned into a book (in an anonymised manner of course), please contact me at [email protected]

Oh yes, I managed to reach Gold Card level at Startbucks. Thanks in no small part to Game of Thrones and the wonderful service and the friendly faces of Starbucks Cyber Hub outlet.

Travel has eluded me this month and it would likely elude me in June as well. However, I hope to remedy that during the monsoon season.

Oh yes, I am really thankful that the election season is over and JCB season has begun :D.

This concludes the State of Sarkar for June 2019; I will be back next month with more.