There seems to be a love and hate relationship people have with Delhi. Those who have been born and raised here, love it or at least learn to tolerate her. Most of those who have migrated here, treat her with disdain and in a few rare cases, fall in love. 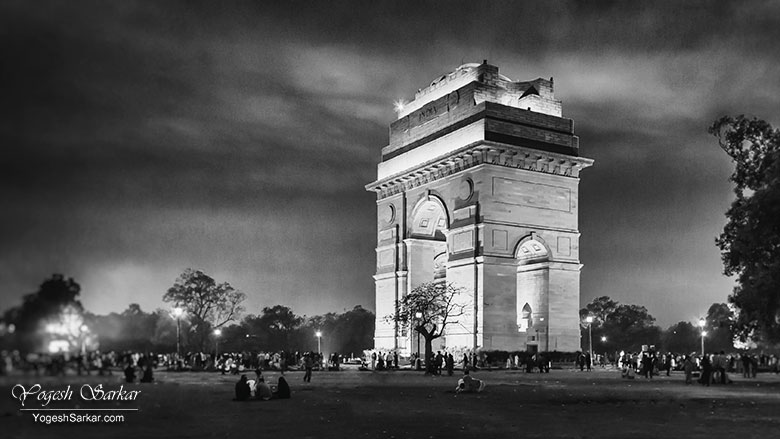 For me, Delhi is home and it has been, since the day of my birth.

It is that sweet best friend, you know well enough to hate and love at the same time.

After all, Delhi is not without its flaws, many of which are overly apparent to only those, who have never lived here and have visited her for a short time and at times, not even that.

Yet, brusque as it may sound, most of the flaws that Delhi gets called out for are part and parcel of each and every large city in the world, made up of a diverse set of individuals from across the world and belonging to every strata of society.

Even though, such flaws and crimes can never be acceptable or welcomed, you learn to look at both the negatives and the positives, instead of focusing on only one. As you would do, in case of a friend you know well enough to know some of the darkest parts of their personality and yet, see the positivity in them, nonetheless.

Delhi is like that, maybe a little more in your face and difficult to shake off and forget than a friend.

However, there is not a city in India I would rather live in, except Delhi and the NCR.

I love the sheer diversity of heritage that can be found in Delhi and I also love the fact that pretty much any material thing a person wants, is easily available here. I also love the nightlife to a certain extent, though there is much scope for improvement. Add to that, the sheer variety of activities available in Delhi can cater to even the most bizarre of tastes.

Moreover, I love the fact that I can just as easily travel to the Himalayas, as I can to the picturesque dessert towns of Rajasthan.

The only thing missing is the beach. If we had one, a day drive away, I would love it even more.

I know I have not written anything substantive here nor given a list of strong points of Delhi or present a logical set of arguments to counter the haters.

However, I do not need to do that. Friendships and love is not logical. Neither is calling Delhi the best city to live in India. However, it is what it is. A friendship and bond that brings me back to the city of my birth and an old friend, over and over again…