I watched Kabir Singh earlier this week and going into the cinema hall, I had high hopes for it, going by the trailer and general rating. 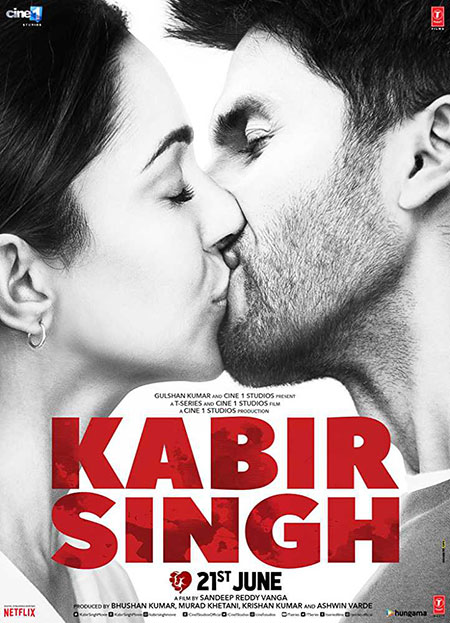 However, what I ended up watching was a butchery of a fine story line, for the sake of making the character of protagonist, Kabir Singh, appear larger than life.

Kabir Singh is a story about a promising medical student with extreme anger issue, Kabir Singh (Shahid Kapoor), who ends up falling in love with a first year medical student, Preethi Sikka (Kiara Advani), who is an exact opposite of him and meek as a lamb.

What follows is a bullying love story, where the girl falls in love with the hero, because he dominates her from the get go in an overconfident and bullying manner.

However, religious differences crop in and Preethi’s parents do not want her to marry Kabir, even though he is an excellent doctor and comes from a rich and respectable family.

Therefore, Kabir drowns himself in liquor, drugs and at times women.

Even though at least this part of the story still somewhat makes sense. The execution left a lot to be desired, as the director tried to stretch a story line, which ought to have been at max, an hour long, into almost a three-hour long ordeal.

A movie, which ought to have been relatable for quite a few people, who have had their hearts broken, has been turned into a garbage movie full of nonsense and violence, for the sake of, well, I do not know, for what!

To make matters worse, (spoiler alert), Kabir spots Preethi nine months later in a park and she is eight months pregnant with his child, having left her husband after 3 days of marriage. After a few words, they get back together, get married and it is a happily ever after ending, with both the families coming together.

Even Preethi’s father has no issue with the marriage, even though the rich doctor he once rejected, is now a disgraced doctor, having being been barred from practicing for five years in a case, much talked about in media and still belongs to a different religion.

Watching this movie, I was somewhat reminded of the American series, Californication, where protagonists’ novel, God Hates Us All is turned into a tutti-frutti love story, A Crazy Little Thing Called Love, by a Hollywood director. And I couldn’t help but wonder, if similar thing happened with the original story of Kabir Singh as well, which ought to have been dark, rather than a pathetic excuse for a love story!