A new month is upon us, July. With it comes promise of monsoon rain and travel, or at least the hope of it. Though I read news that school holidays have been extended till 8th of July, so it seems, I must wait longer. 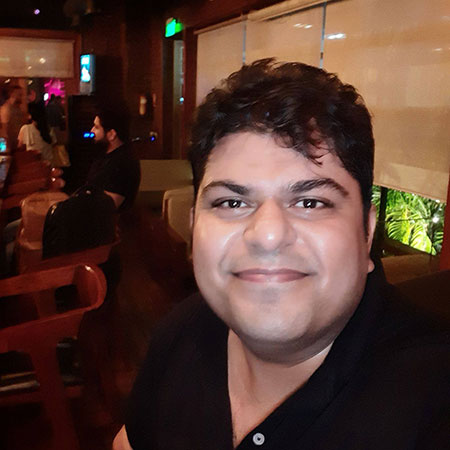 One of the highlights of the month have been catching up with old friends and partying with them, after a long-long time. First with Puneet and then with Neha. Supposedly, my dancing skills have improved, though that could just be Neha being nice.

I also bought a new mobile phone, Samsung Galaxy A50, after roaming around with a broken Honor 6x for over a month, contemplating whether to get a new phone or get its screen fixed. Eventually, I decided to get a new one and went back to Samsung after several years.

Thankfully, A50 has been performing well, though it seems sluggish at times, but the screen as well as cameras seem fantastic and a major upgrade over the Honor 6x.

I have been working out somewhat regularly, though not as regularly as I would have liked. I have lost 2.3 kg since last month and today I am down to 117.9 kg. It is not as good of a weight loss as I would have liked. However, I have been faltering on my diet of late. Still, I am down 10 kg since April and that is an achievement. I have a long way to go and I have to be more consistent.

I watched Kabir Singh this month, a botched up movie. Though in many ways, it aptly displays the pathetic attitude of our society, where people only get to choose spouses, when they are choosing them for their children. We get married for status, security, money, societal approval, for sake of our parents, but not for the thing that ought to matter most.

Then again, I am fool enough to think differently and maybe that is the problem. And it makes me believe, I never belonged here and never will.

Maybe with time, I would get screwed up enough to belong to this society, as of now, it seems like a farfetched nightmare, though I am inching closer towards it.

Sadly, I have not yet started writing my own book and I am still in consumption phase.

Mood wise, this month has been a mixed bag and I am dealing with a lot of conflicting emotions. Trying hard to come to terms with the new reality, which seems to have dawned on me.

I wish I had high hopes for July, but I don’t. However, I am going to try to make the most of it. Who knows, maybe I will succeed?