It has been a few minutes since I returned home after watching, Ayushmann Khurrana starrer, Dream Girl and here is my brief review of the movie. 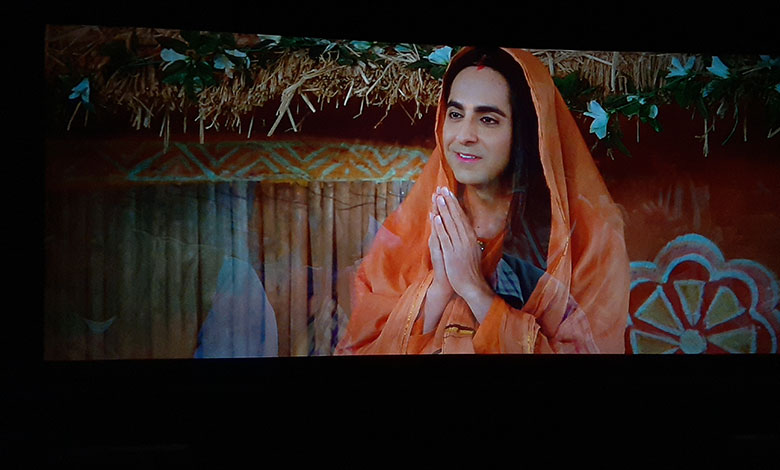 Dream Girl is the story of Karam (Ayushmann Khurrana), who has a knack for doing mimicry in female voice. Due to this, he ends up with the roles Sita, Radha etc. instead of being cast as per his gender. He is also famously unemployed and his father, under mountains of debt. Yet, he falls in love with Mahi Nushrat Bharucha), at her grandfather’s funeral.

Karam in desperation of landing a job ends up working for a friendship line, impersonating as Puja, a seductress over the phone. This is where the story turns interesting, since the innate ability of Karam to listen to and encourage those he talks to over the phone, ends up making him err… her a favorite of all those Puja talks to and a lot of people fall in love with Puja, including Karam’s father and Mahi’s brahmchari brother.

People are willing to do anything to be with Puja and meet her, whether it is committing suicide, killing/beating up others or even changing their religion.

Thanks to this storyline and the excellent acting of Ayushmann Khurrana and witty dialogues, the movies end up being quite fast paced and thoroughly entertaining for the first half.

After the intermission though, the story seems to halt a little. An attempt is made to introduce some sense of sanity and greater message, which ends up somewhat making the movie seem less comic than it ought to have been. You end up expecting a lot of twists and turns, and not many come about.

Having said that, the movie is thoroughly entertaining. The message it tries to convey through all this is the reality of the current times, where we have hundreds and thousands of people we can talk to and peep into their lives thanks to advent of social media, yet, only a few have someone they can talk to, heart to heart.

Though I firmly believe in this message and I believe this movie is spot on, I also think it will help mushroom more such friendship lines, hell bent on milking out the naïve callers, hoping to find solace over the phone.

Nonetheless, this movie is a must watch, especially if you love comedies. Though I wish and hope, the ending could have been better.